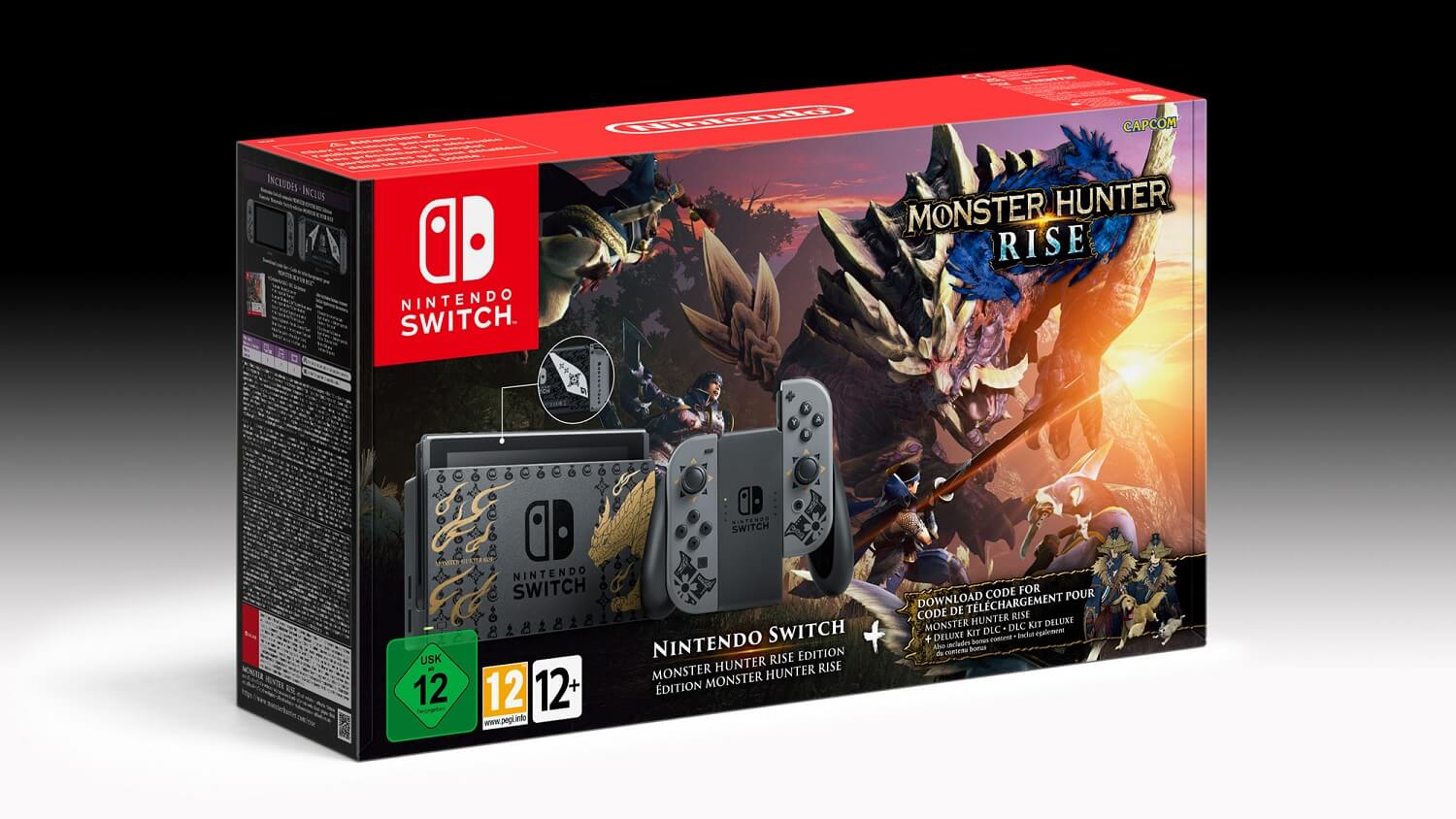 The Nintendo Switch console variant heavily features the Magnamalo, this game’s flagship monster, on the dock, complimenting plenty of other Monster Hunter-inspired designs and patterns. The black and gold combination really makes this limited edition pop, especially since the accompanying Joy-Con also sport familiar iconography from the series. Our favourite touch are the four golden arrows that point outwards from each Joy-Con’s analogue stick. The new Nintendo Switch bundle also comes with a digital download code for Monster Hunter Rise.

One last thing to mention is that anyone who picks up the new Monster Hunter Rise Nintendo Switch bundle will also receive the Deluxe Kit DLC for the game. This is the same kit available for those that purchase Monster Hunter Rise’s Collector’s Edition. Exclusive to this Limited Edition console, however, is some Bonus content. You’ll receive the following digital goods:

What if you don’t particularly need a new Nintendo Switch console? You can still celebrate the release of Monster Hunter Rise via the similarly themed Pro Controller design, which is sold separately and also prominently features a golden Magnamalo creature on its front. This will also release on March 26th and should be available for purchase at a wide range of retailers. 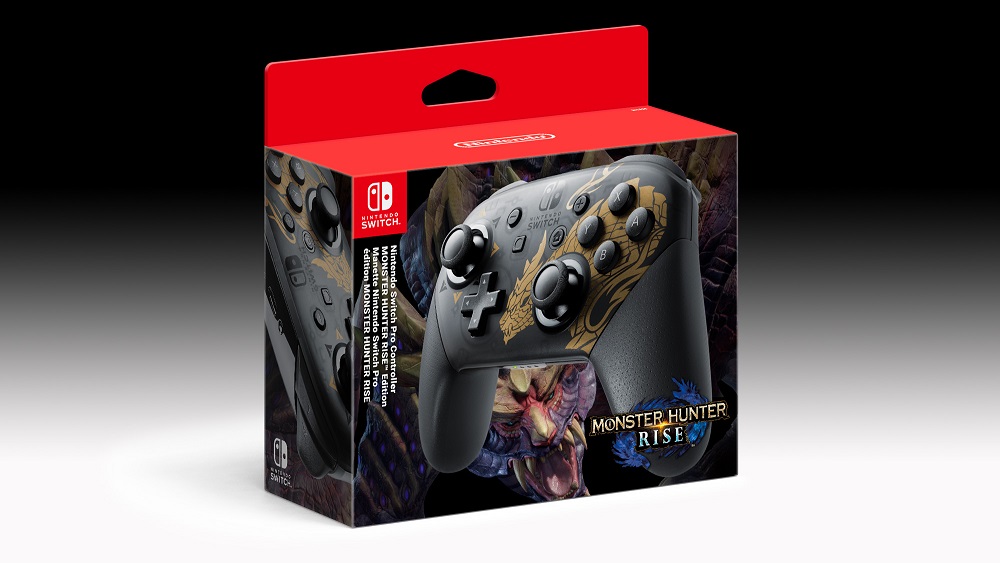 We’ll be sure to include links to UK retailers as soon as pre-orders go live for the limited-edition console and Pro controller. Until then, there’s not too long to wait before we can slay monsters on the go via Nintendo Switch, when Monster Hunter Rise releases this March 26th. You can try out the game yourself via the eShop demo, still available until the end of this month.