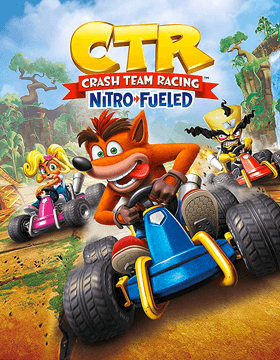 Find the best deals on Crash Team Racing Nitro-Fueled for Nintendo Switch, PS4, Xbox. We compare 74 deals (starting from £12.98) across every edition offered by our partner retailers.

Kart racers are usually a dime a dozen, but if there was ever a series that could give Nintendo’s much-beloved Mario Kart franchise a run for its money it was Crash Team Racing. We’ll finally be able to put this theory to the test, thanks to the upcoming remaster of the original PS1 classic re-titled Crash Team Racing: Nitro-fueled. Looking to capitalize on the success seen from N.Sane trilogy’s remastering of the original three Crash games, Nitro-fueled features souped-up visuals and tightened controls for the ultimate Crash Team Racing recreation.

All of the original game’s characters, power-ups, tracks and modes return for this ground-up reimagining, complete with four-player split-screen co-op – perfect for competitive players wanting to battle it out on the sofa in the same room. Doing so has never felt smoother either, thanks to Crash Team Racing Nitro-Fueled running at 4K on PlayStation 4 Pro and Xbox One X at a steady frame rate of 30fps.

2019 marks the 20th anniversary since the release of Crash Team Racing, so Activison and Beenox sought to celebrate the momentous occasion with a faithful 4K-ready remaster. Crash Team Racing Nitro-Fueled looks set to be many people’s alternative to Mario Kart 8: Deluxe on the Nintendo Switch, boasting an engaging story mode, an eclectic cast of racers and some of the most inventive race courses seen in a kart racer. It’s a heavy hit of ‘90s nostalgia best served fast!

Classic tracks like Sewer Speedway and Papu’s Pyramid have been faithfully recreated in Crash Team Racing Nitro-Fueled. Learning the layout of each one of these and knowing where to drift can still be key to winning races in most cases, using the power-ups such as tracking missiles, bowling bombs and power shields to outpace the other racers and breeze through to the finish. 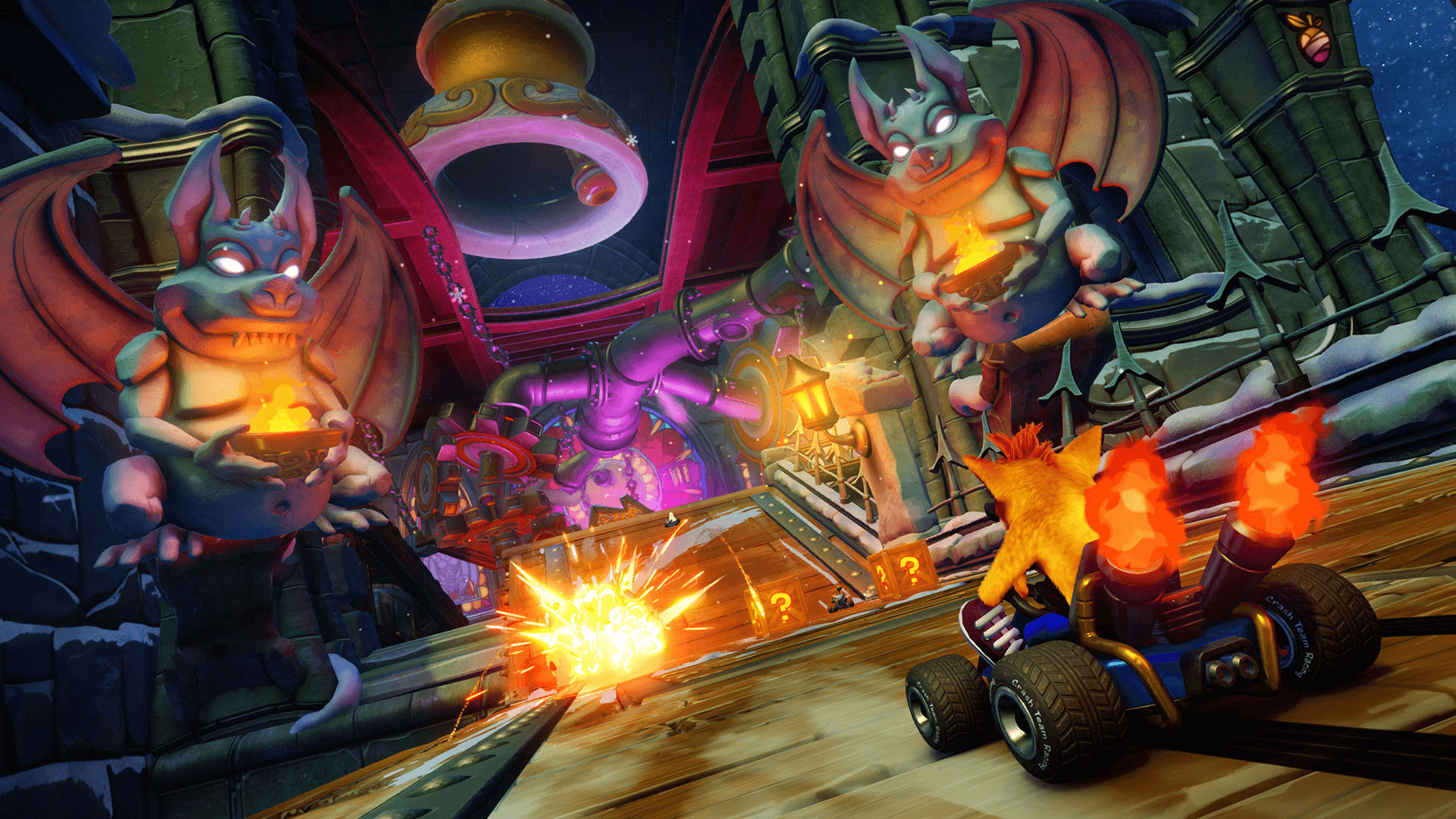 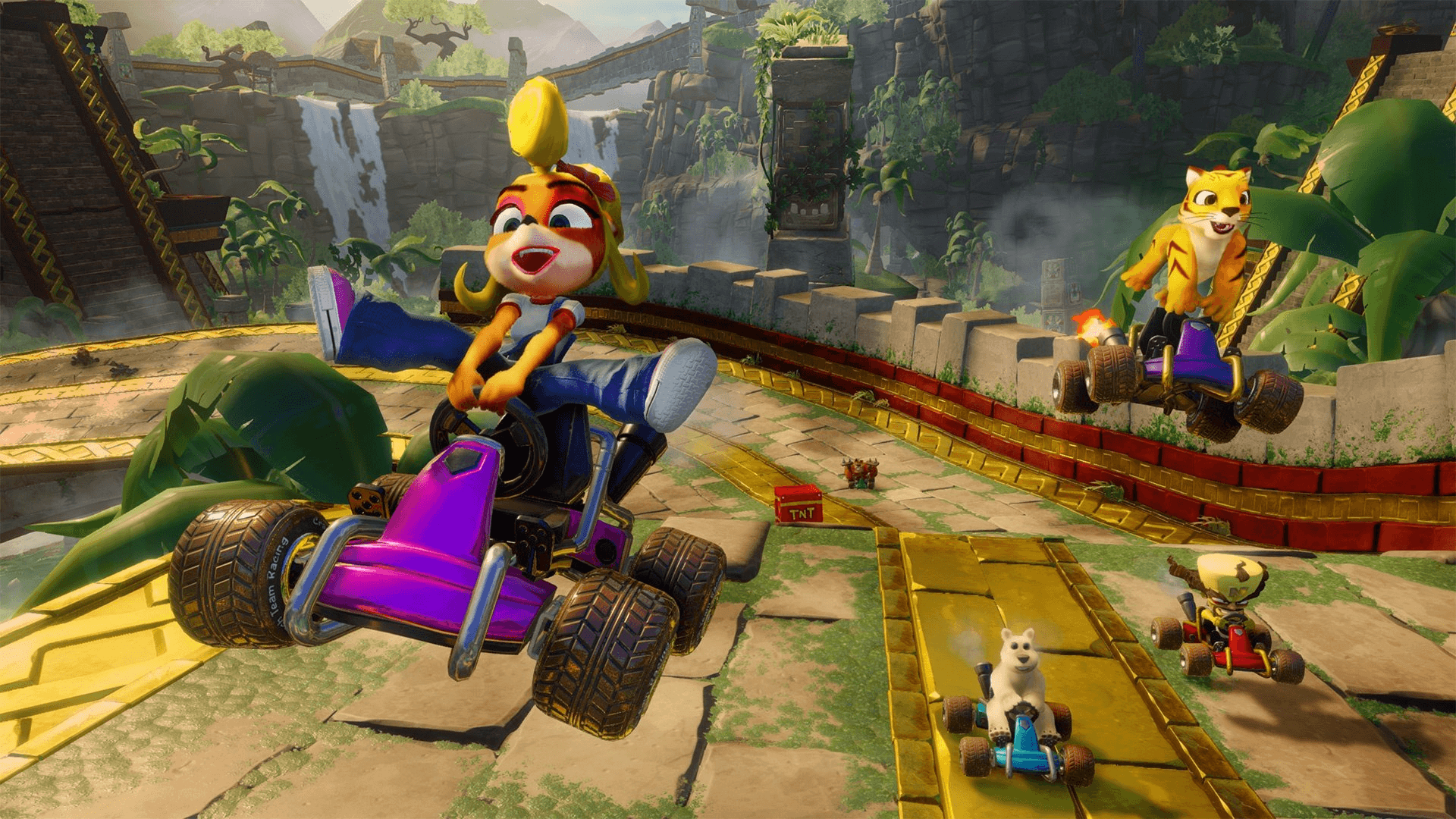 Crash Team Racing’s full roster of characters reappear in Nitro-Fueled. The new release does take this slightly further, however, with main antagonist Nitros Oxide – who was exclusively a boss character in the original game – now added as an unlockable playable character. He joins the likes of Crash, Coco and Ripper Roo in screeching along the game’s various colourful tracks, each with their own unique-looking kart.