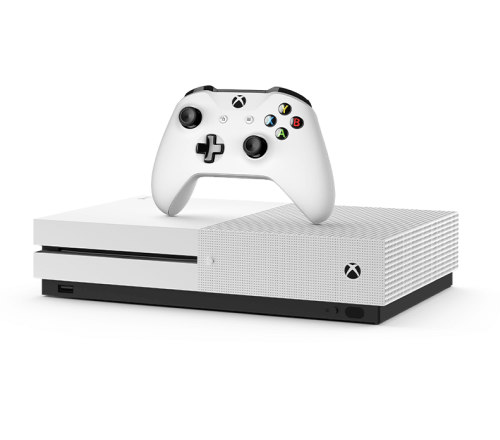 Xbox One S Bundles and Deals

Compare over 4 Xbox One S deals from 3 gaming retailers, with prices starting from just £199.99 to £399.99. Our easy filtering system allows you to find the perfect Xbox One S bundle with the Xbox games you prefer. Buy your Xbox One console today.

Don't forget to use our handy filtering system to help find your ideal Xbox One S bundle.

Below our the current most popular Xbox One S bundles, choose your preferred bundle or compare all Xbox One S deals 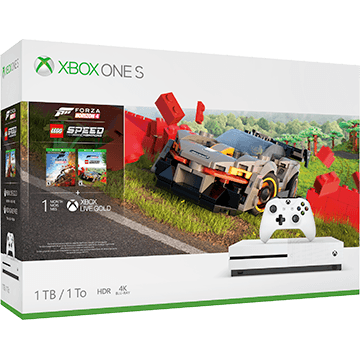 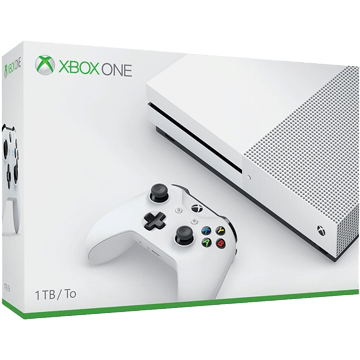 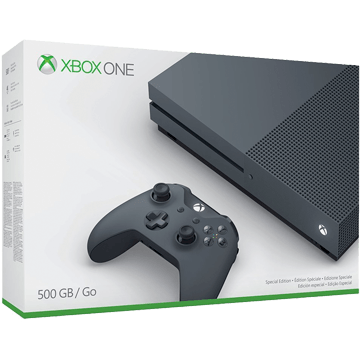 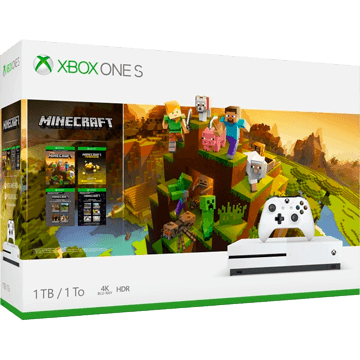 Why purchase an Xbox One S?

The Xbox One S represents one of the most affordable ways to get in on this generation of gaming, acting as a 2016 hardware revision to the original Xbox One console that is smaller, more powerful and primed to deliver the best in 4K entertainment. It improves upon the design of the Xbox One we received way back in 2013 in almost every way and is the perfect place to play exclusive titles such as Halo, Gears of War and Forza Horizon. If you’re yet to join the Xbox One eco-system, the S is your key to jumping in on all the fun. That said in the current market the Xbox One S is no longer being manufactured meaning it is very hard to find; so in its place we recommend the Xbox Series S as the new affordable console which is exclusively digital priced at £249.99. Check out our comparison on Xbox Series S.

How much smaller is the Xbox One S?

When the original Xbox One launched in 2013, experts and customers alike swiftly took note of how large the console unit itself ended up being. Microsoft thankfully remedied this issue with the release of the Xbox One S three years later, with the redesigned console having a spec measurement of 11.6 x 8.9 x 2.5 inches compared to the previous Xbox’s 13.1 x 10.8 x 3.1 inches. This makes the Xbox One S much easier to neatly slot into your entertainment centre.

Is the Xbox One S any more powerful?

Yes. The Xbox One S improves upon the power capabilities of the previous Xbox One by quite a bit, now supporting 4K video playback from streaming services such as Netflix, Amazon, and several others while upscaling games that would typically be limited at 1080p to 4K resolution. The Xbox One S also supports HDR (High Dynamic Range), which broadens the range of in-game colours to the degree that they appear in deeper and richer contrasts. The result is a much more lifelike image.

What’s in the box of the Xbox One S?

When you buy your Xbox One S, it’ll come with all the basic components you need to get started. That includes the power cord (now free of chunky power brick), HDMI cable, the Xbox One S console itself, a quick-start guide and an Xbox One controller with two AA batteries. All new Xbox One players are also now awarded with a free trial for both Xbox Game Pass and Xbox Live – two online subscription services that enhance the Xbox One experience.

What games can I play on Xbox One S?

Despite the slight change in name, all games developed and released for Xbox One remain fully playable on the Xbox One S. As alluded to earlier, however, some games will look and run better on Xbox One S than they would on Microsoft’s original Xbox One console, upscaling games from 1080p to 4K resolution in some cases, resulting in more realistic lighting and textures. There’s every opportunity that you’ll pick up details you otherwise wouldn’t have noticed.

Fortnite has swiftly become one of the world’s most popular online shooters, advancing the Battle Royale genre thanks to its exaggerated art style and unique building mechanics. Because of this, it shouldn’t come as too much of a surprise to learn that you can pick up an Xbox One S Fortnite bundle – one that includes V-bucks and exclusive in-game gear with 1TB of built-in memory.

Ask anyone what this generation’s most impressive racing series is and they’ll likely point to Forza Horizon. The fourth entry into Playground Games’ celebrated franchise steps up what’s expected in almost every way, thrusting players within fully explorable take on the UK with dynamic weather effects and more cars than you know what to do with. As such an Xbox One S Forza Horizon 4 bundle is available, coming in white with 1TB of storage.

Battlefield V transports players to a wildly realistic rendition of some of WWII's lesser-known battles, depicting four unique single-player campaigns in addition to the highly popular multiplayer mode. Environments still remain fully destructible, with the Frostbite engine making Battlefield V look and play better than it ever has. The Xbox One S Battlefield V bundle comes with the game, a white console and 1TB of storage.

Bioware is a developer that have proved themselves to be the master of the Western RPG, being most known for such fabled franchises as Mass Effect and Dragon Age. Anthem is their latest title, being a loot-driven shooter set in a far-flung galaxy that is best play with friends. The Xbox One S Anthem bundle comes with a white console, alongside a one-month free trial of EA access and a 1TB expandable hard drive.

Five things to consider before buying an Xbox One S

1. Buying a bundle means you save money

Picking up an Xbox One S bundle is a much more affordable endeavour than if you were to purchase the console and game separately. This is especially true for bundles that include multiple games – the more games included, the better the value.

While it can seem that the best Xbox One S deals only happen around Black Friday, all of the retailers we compare prices for run their own independent sales all year round. We’ve even seen some of the cheapest Xbox One S deals on sale during Spring and Summer periods. Our advice is always never to wait, and instead pick up an Xbox One S whenever you see the best deal for you.

3. Xbox One X boasts the better visuals, Xbox One S the best price

The Xbox One S might be able to play new releases at 4K resolution, but it’s the console’s older brother, the Xbox One X, that can run games natively at this level. Most people won’t be able to notice the difference, with it only ever really coming to light when the same game is being played side-by-side on an X and S simultaneously. Xbox One S, by comparison, has price on its side.

4. You only get one Xbox One controller

Regardless of the Xbox One model you punt for, each one will always come packaged with one at least controller in the box. Sold separately they retail for an average price of £49.99 – expensive, but worthwhile for use in Xbox One S’s various split-screen multiplayer games.

There are so many retailers now stocking the Xbox One S, making it likely that there will always be at least one selling them for less than the standard RRP. If you want to pay the cheapest possible price all you need to do is be savvy and use the filter tools we here at Gaming Deals provide.