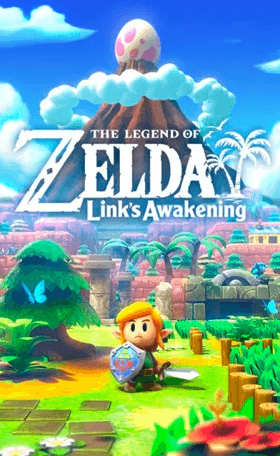 Find the best deals on The Legend of Zelda: Link's Awakening for Nintendo Switch. We compare 21 deals (starting from £19.98) across every edition offered by our partner retailers.

Remakes and remasters have proven to be big business during the current console generaration. Already on Nintendo Switch we’ve seen the likes of Mario Kart 8 and Bayonetta 2 make their way over from the Wii U, but now this clay-like reimagining of 1998’s The Legend of Zelda: Link’s Awakening has arrived to raise the bar even higher. This isn’t the same game with a fresh lick of paint, but a whole new game build from the ground up as an avid love-letter to the original.

2019’s The Legend of Zelda: Link’s Awakening sees Nintendo’s beloved adventure series return to its roots, seeing players control Link from the classic top-down perspective. This story begins once the budding adventurer washes up on the beach of Koholint Island, where he is eventually tasked to collect the eight instruments of the Sirens in order to escape.

Whereas the original Link’s Awakening did all it could with the Gameboy colour’s pixel-based architecture, the game’s familiar scenes and sights have now been lovingly recreated for a new generation of Zelda enthusiasts. It boasts a charming and colourful clay-like art style – all of which helps better invite you into its world as you explore from dungeon to dungeon.

Various unique items to help you on your journey

Very much in keeping with the classic Zelda game structure, Link’s Awakening challenges you to seek out eight unique instruments each attainable after defeating the respective dungeon boss. Helping you on this journey are items like the boomerang, hookshot and bow, which will work in tandem with your standard sword to help you dispatch enemies and generally get around. 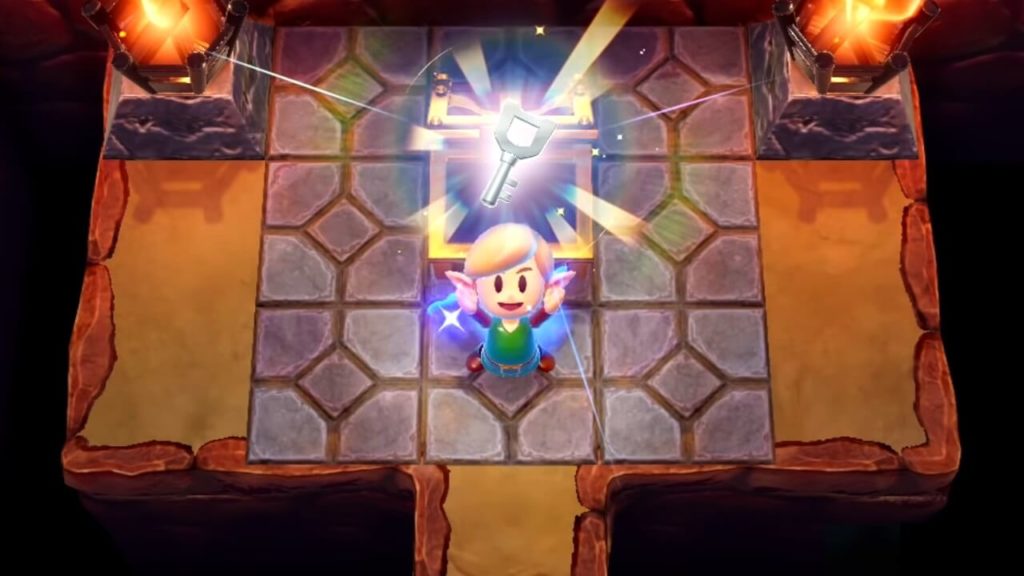 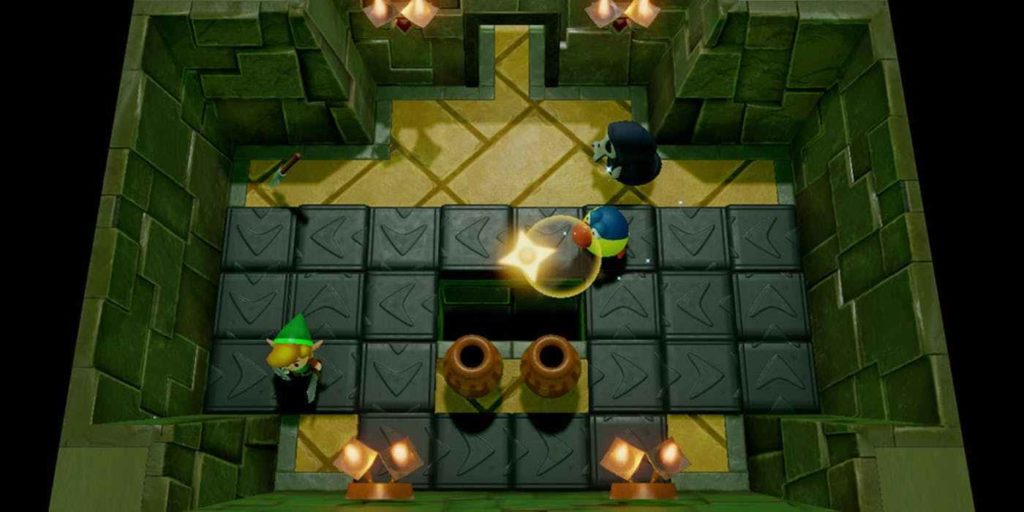 Of course, this fresh-feeling version of Link’s Awakening isn’t without its modern surprises, and chief amongst these is the arrival of a new dungeon creator. During the game’s Adventure Mode, Link can collect chamber layouts that can then be used las puzzle pieces to create original dungeon maps. Players can then explore (and potentially share?) their customized dungeons for extra rewards.

Inside The Legend of Zelda Link’s Awakening Limited Edition

As is usually the case with first-party Nintendo games, the remake of The Legend of Zelda: Link’s Awakening can be purchased in both a standard edition and beautiful limited edition. The latter of which is an unabashed celebration of all things 16-bit, hearkening back to the era in which the original game released. The limited edition will net you around £60 (if you can find it), so let’s take an in-depth look at what you get for your money:

Who doesn’t love flicking through the pages of a book filled to the brim with beautiful video game concept art? It’s made all the better when the game in question is one of the most beloved top-down adventures from the 16-bit era. Expected to feature art from the original version of Link’s Awakening as well as the Claymation-like 2019 remake, this limited edition is the only way to take your love of Zelda outside of the game proper and onto your coffee table or bookshelf. 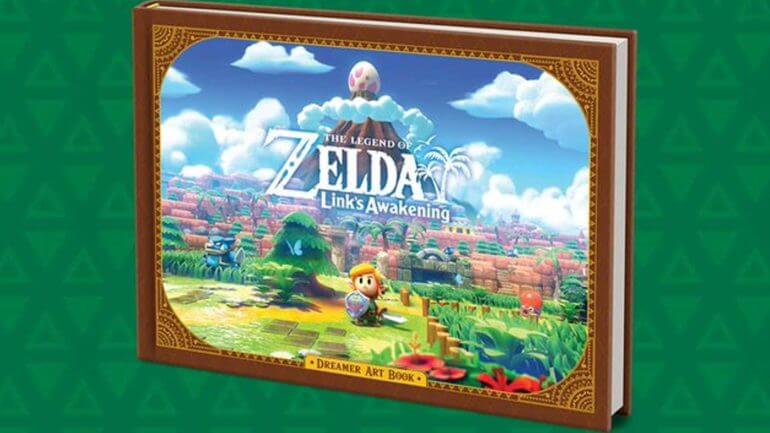 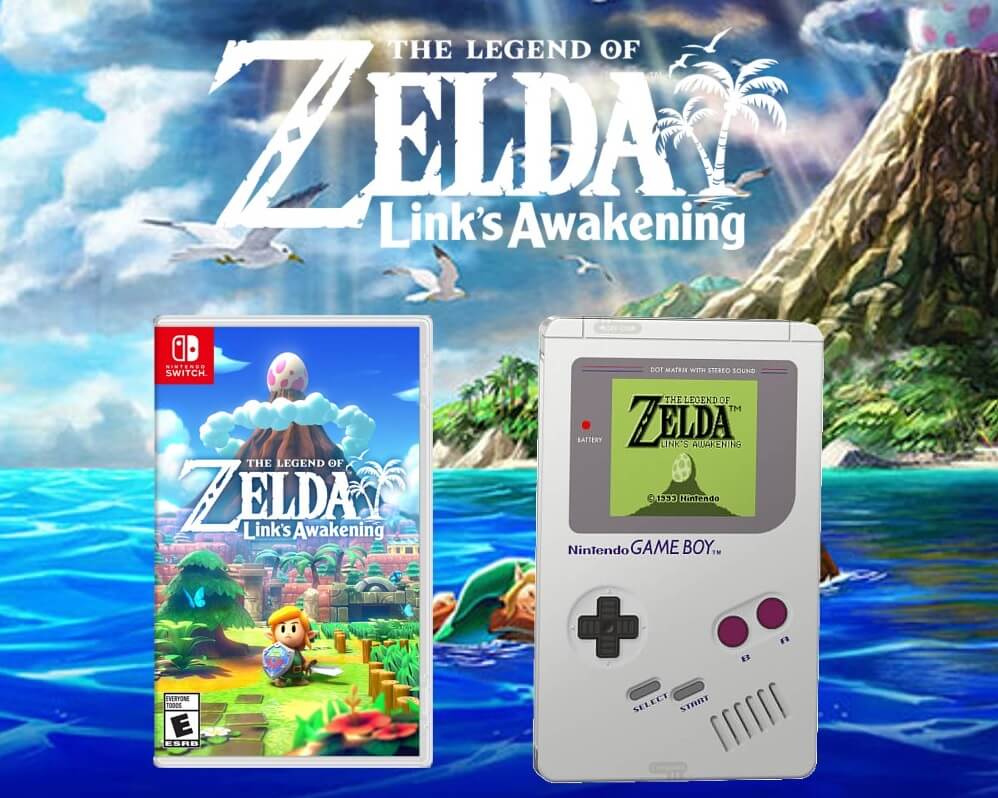 Upping the nostalgia even more so is the fact that the limited edition of The Legend of Zelda: Link’s Awakening comes packaged in a faithful replica of the first Game Boy console. Splashed front and centre of it is the original Link’s Awakening’s splash screen, sure to transport anyone that played this original version back to their childhood self. The steel book is a great collector’s item that’d be great to display.