Only a few hours ago Nintendo released a brand-new firmware update (10.0.0) for the Nintendo Switch that introduces a host of appreciated extra features. It’s actually fairly substantial as far as these digital rollouts often go, so we thought it worth looking at how it could impact your play experience. Let’s take a closer look…

The first new feature worth mentioning is the ability to bookmark specific posts that appear in the Nintendo Switch’s News feed. While by no means an Earth-shattering issue for most players, it seems that the higher-ups recognised how infuriating scrolling through endless posts seeking which ones are relevant to you can often be. Therefore, as of the 10.0.0 update, you can now bookmark a maximum of 300 news items, making it easier for you to find whatever post you’re looking for. Just bear in mind that if a news post gets deleted it’ll no longer be bookmarked. 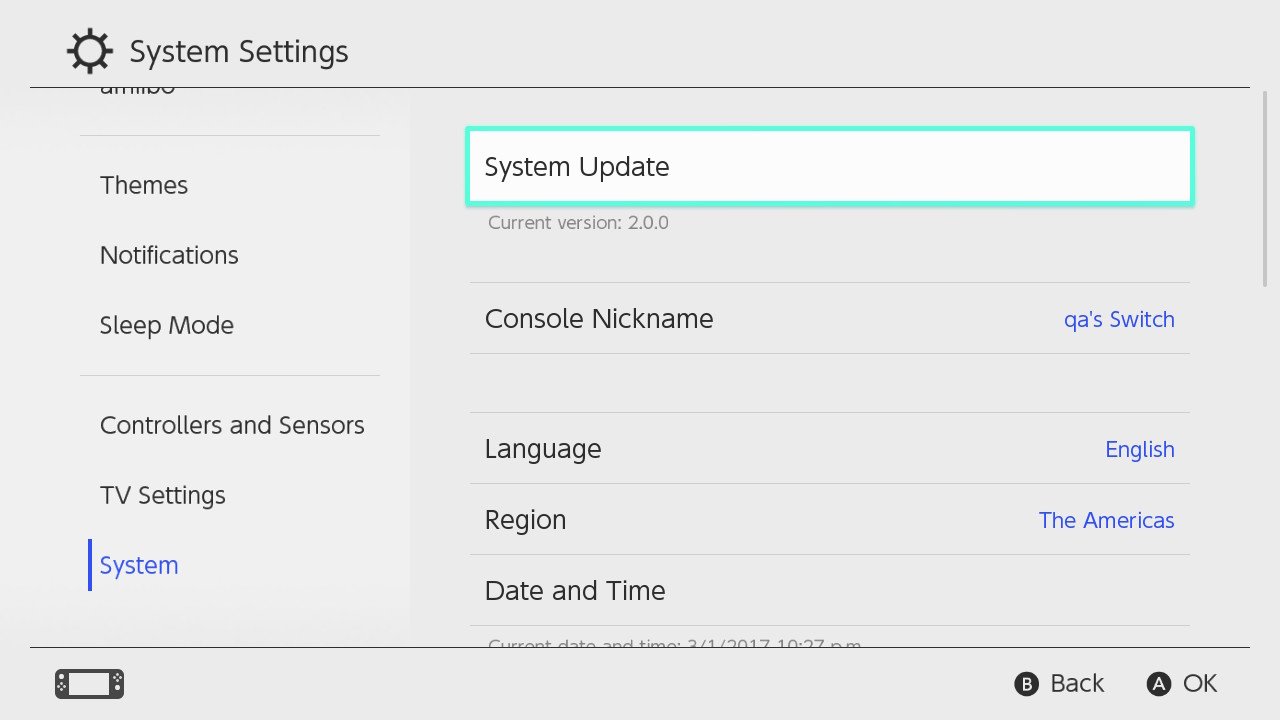 Arguably the biggest feature comes in the form of button remapping. A vital new addition for those craving more accessibility, you’ll now be able to change the analogue stick and button configurations for every paired controller, saving your preferred layout by going to System Settings > Controller and Sensors. What’s more, fully flexible button remapping is available for every first-party gamepad options, so that includes Joy-Con (L), Joy-Con (R) and the Nintendo Switch Pro Controller. This can, of course, also be done on Nintendo Switch Lite Systems. Up to five favourite custom configurations can be saved for each!

Nintendo Switch players will now also be able to distribute the save data for their games however they wish, choosing to store files either on the console’s onboard memory or the inserted SD Card. Up until now this was done for you by the Nintendo Switch. Some types of data, however, won’t be able to be transferred willing to the SD card, but in most instances, you’ll be able to move saves between the two storage locations with relative ease.

Finally, when creating a new user profile on Switch players will have a choice of six new character icons all related to Animal Crossing. Characters like Tom Nook and Isabella join the roster of other classic Nintendo icons like Samus Aran, Super Mario and more.

All these features come alongside the usual “stability improvements” aimed at making things running in the background of your Switch even better. Firmware update 10.0.0 should install automatically to the console when you next start it up, but to manually trigger it simply visit your Nintendo Switch Settings tab. Then enjoy!