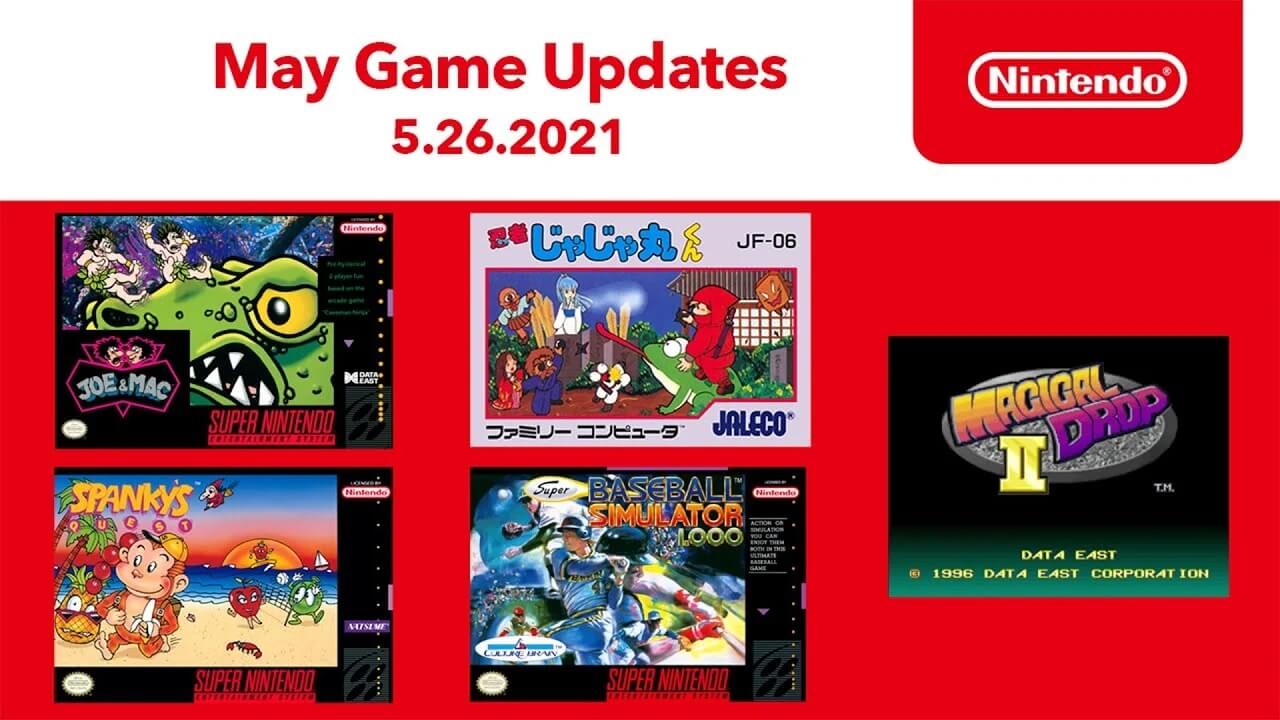 Though it isn’t as Earth-shattering a subscription service as PlayStation Plus or Xbox Game Pass, there’s a strong chance you’re already a Nintendo Switch Online member. Why? Because how else are you going to be your Nan at Mario Kart 8: Deluxe. Another perk of the service, however, is an ever-updated library of classic NES and SNES games. Well, yesterday Nintendo announced that five more are coming, and launching as early as next week.

Caveman Ninja, Magical Drop 2, Super Baseball Simulator 1,000 and Spanky’s Quest on NES and Ninja JaJaMaru-kun on SNES will all come to Nintendo Switch Online on May 26th, the House of Mario confirmed on Twitter. You can see for yourself how all five of these games play in the announcement video below:

You’d be forgiven that thinking that these new additions were just business as usual, but in another major milestone, this now brings the number of digital games available on Switch Online to a staggering 104. That works out at just under 35 games per year since the service launched on September 18th, 2018. While not quite the pace as some of Nintendo’s subscription rivals, so far it’s been a good way for people to check out small slices of Nintendo history.

Calls for Nintendo to add games from the GBA’s library to the Online service continues to persist, but the House of Mario is yet to give in to such wishes. However, the likelihood of this eventually happening only increases the more the NES and SNES’ back catalogue continues to be pillaged. Will there ever be a day we can play Metroid: Zero Mission on Nintendo Switch? We can only dream. That being said, Nintendo Switch Online continues to offer good value to subscribers.

Get the best price on a Nintendo Switch Online subscription:

Not yet a member of Nintendo Switch Online? It’s still the only way to enjoy online multiplayer in games like Spaltoon 2, Fortnite and Tetris 99 online, as well as gaining access to the digital NES and SNES library. You could link your credit card details to your Nintendo account on Switch directly, but we’d recommending saving money by picking up a subscription card at discount. Here’s the best price: