5 Reasons to Be Excited for the release of Pokémon Legends: Arceus on Nintendo Switch 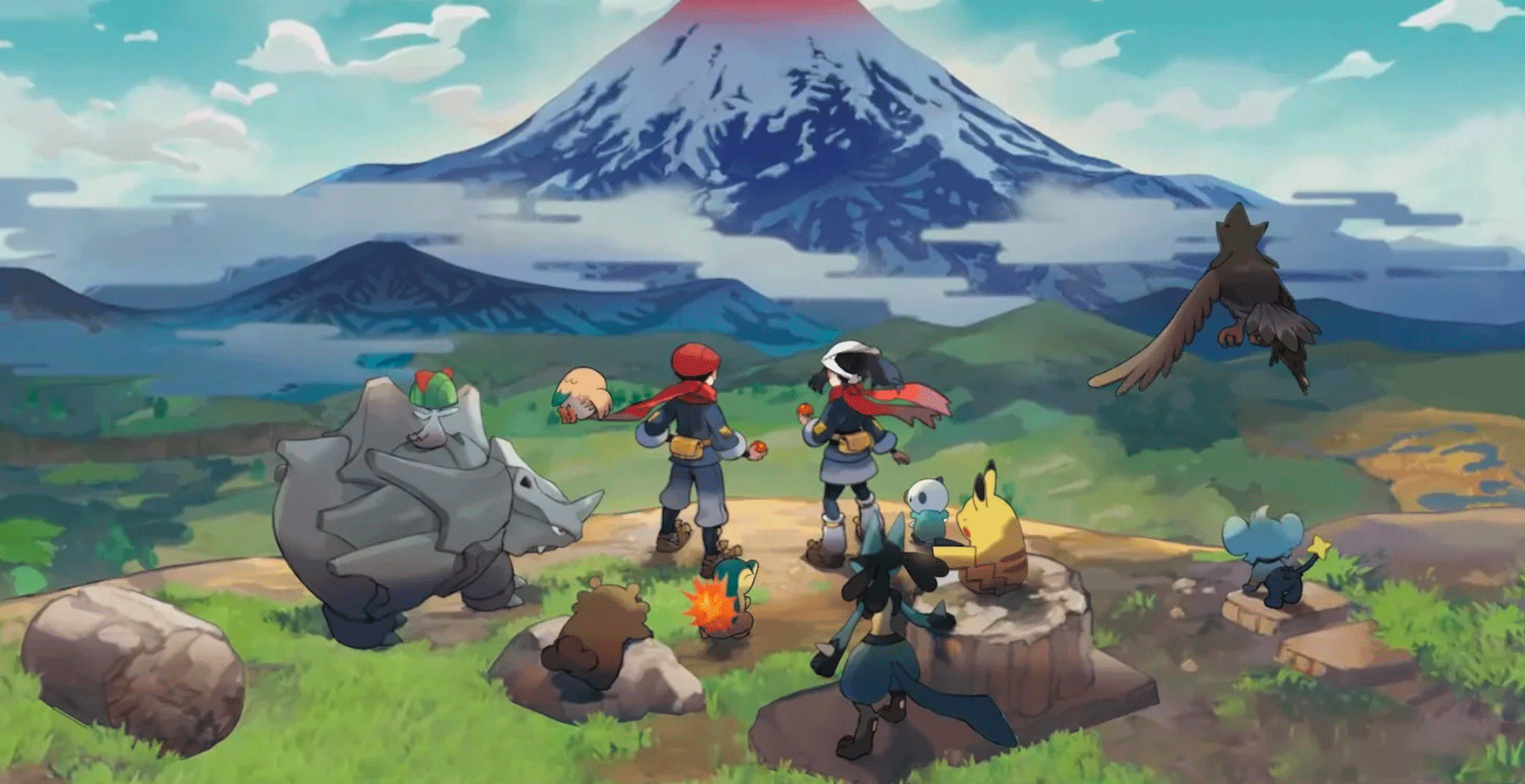 Just when you think the series couldn’t grow any more popular, Pokémon is very much on a winning streak. After celebrating its 25th anniversary last year with the launch of New Pokémon Snap and Pokémon Shining Pearl/Brilliant Diamond, Nintendo is continuing the fun in an entirely new spin-off adventure on Nintendo Switch known as Pokémon Legends: Arceus. Everything we’ve seen of the game so far hints at the bravest, most ambitious Pokémon title yet – and in this article we’re going to explain to you why that warrants much excitement.

Pokémon Legends: Arceus marks the first big Nintendo Switch release of the year, setting the tone for bigger delights to come throughout the rest of 2022. It’s very unusual for a Pokémon game to land outside of the holiday season. That’s why a lot of eyes are on Arceus to see how effective it can be in capturing the hearts of Switch players everywhere. Do you fall into this category? Here are 5 reasons why you probably should be…

Discover the origin of Pokémon, for the very first time

One of the major appeals Pokémon Legends: Arceus has going for it is the precise period in time that it’s set. You see, whereas most mainline Pokémon games always tend to move the timeline forward (all in the effort to make previous generations of Pokémon available to capture), Arceus differs in that its set hundreds of years before anything that’s come before. Winding the clock back this far is a good excuse to not populate the land with countless buildings and people, sure, but it also works to inspire you to do the best job you can. In Pokémon Legends: Arceus you play as one of the very first Pokémon trainers.

You can tell that developer GameFreak is taking this historical setting very seriously, as already its made clear that not every breed or species of Pokémon is set to appear. Towards the beginning of the game the Pokeballs many fans will recognise haven’t even been invented yet, hence why you’ll be equipped with wooden versions that might not always work as successfully as we’ve become used to. Couple this with it being your mission to help fill out the very first Pokedex, and Pokémon Legends: Arceus promises to be a game of several “firsts” where you discover the origin of every creature you catch.

Get lost in fully open areas from a third-person perspective

Upon its initial reveal last year, Pokémon Legends: Arceus drew a lot of comparisons with another blockbuster Nintendo Switch title. A little game known as The Legend of Zelda: Breath of the Wild. The reasons why were immediately obvious to any storied Pokémon fan. Whereas previous Pokémon titles, even the latest mainline entry Sword/Shield, tend to be rather linear experiences, Arceus looks to be far from that. Trailers so far depict far-off, wide-open lands that you can seemingly explorer however you like – much how Link’s latest adventure encouraged you to find your own fun.

Whether or not Pokémon Legends: Arceus lives up to such a bold comparison remains to be seen. So far, anyway, it at least looks to offer players a lot more freedom. No longer are you confined from simply moving from trainer gym to trainer gym in the pursuit of collecting badges. Pokémon Legends: Arceus is far more interested in letting you capture Pokémon however and wherever you’d like. It’s part of the reason why this looks to be using a far more sophisticated game engine to accommodate this increased scope, indicated by a new third-person perspective.

The historical environment Pokémon Legends: Arceus sets you in dictates that some familiar creatures haven’t made the cut this time around. Yes, the likes of Squirtle, Onyx and even some others aren’t necessarily guaranteed. However, GameFreak is hoping to make up for it by including several new types of Pokémon never seen before. One of these is a powerful type of wild Pokémon known as ladies and lords. They differ from the regular breeds you come across in that they are prone to spinning in a frenzied state. This makes them trickier to take down and capture, but all the more useful once they’re added to your team.

Ladies and lords will be a much rarer sight out in the open lands than the standard Pokémon forms. This means you’ll need to be prepared with the Pokémon in your existing party, so that when the opportunity does present itself to enter a battle, you’ll stand a fighting chance. This isn’t the only unique type of Pokémon set to appear in Arceus either, as it’s already been all but confirmed that larger versions of existing favourites like, say, Machoke will be available to capture. Will they function similarly to how Gigantamax Pokémon did in Pokemon Sword and Pokemon Shield? Only time will tell.

While a lot of fan-favourite Pokémon aren’t set to appear, as already mentioned, there will be some familiarity for long-time series fans in the form of returning starter Pokémon. Again separated into Fire, Grass and Water types, the three starters you have to choose from are actually pulled from three separate generations of Pokémon – a pretty cool touch.

First you have Rowlet, the grass/flying type barn owl Pokémon first seen in 2016’s Sun and Moon. Then you have Cyndaquil as your choice of fire type Pokémon, whose history dates all the way back to the days of Silver and Gold. And then finally you have Oshawatt the water seal, one of the three starter Pokémon fans first met at the beginning of Black and White. Never before have three separate generations of starters come together like this. It’s GameFreak’s way of retaining a sense of continuity within the world of Pokémon despite the incredibly different setting.

A new ancient region to explore, set hundreds of years in the past

While the vast open spaces that Pokémon Legends: Arceus presents may initially look unrecognisable, the Hisui region is in fact one that returning players will likely already be familiar with. Why? Well, this is in fact an ancient version of the world that will one day transform into the Sinnoh region from Pokemon Diamond and Pearl. It might look and feel very different, but then this is a version of it set hundreds of years in the past. Documenting Sinnoh’s early days forms much of the adventure Arceus sets you on, tasking you to get to know Hisui before its upcoming industrialisation.

Of course, it’s quite easy for you to simply treat the Hisui region entirely – because for the most part that’s exactly what it is. It’s up to you to research and document everything you see by filling up the first Pokedex, using any gathered materials to craft the Pokeballs and Smoke Bombs needed to hold your own. You can replenish your resources and rest up using any one of the many base camps littered throughout the land, until slowly but surely the Hisui region becomes your new home the more you uncover it.

See the best prices on Pokemon Legends: Arceus below;

So, will you be picking up a copy of Pokemon Legends: Arceus? Let us know your thoughts in the comments below;