5 Reasons to be excited for Nintendo Switch Sports

9 months ago by Aaron Potter
0 Comments 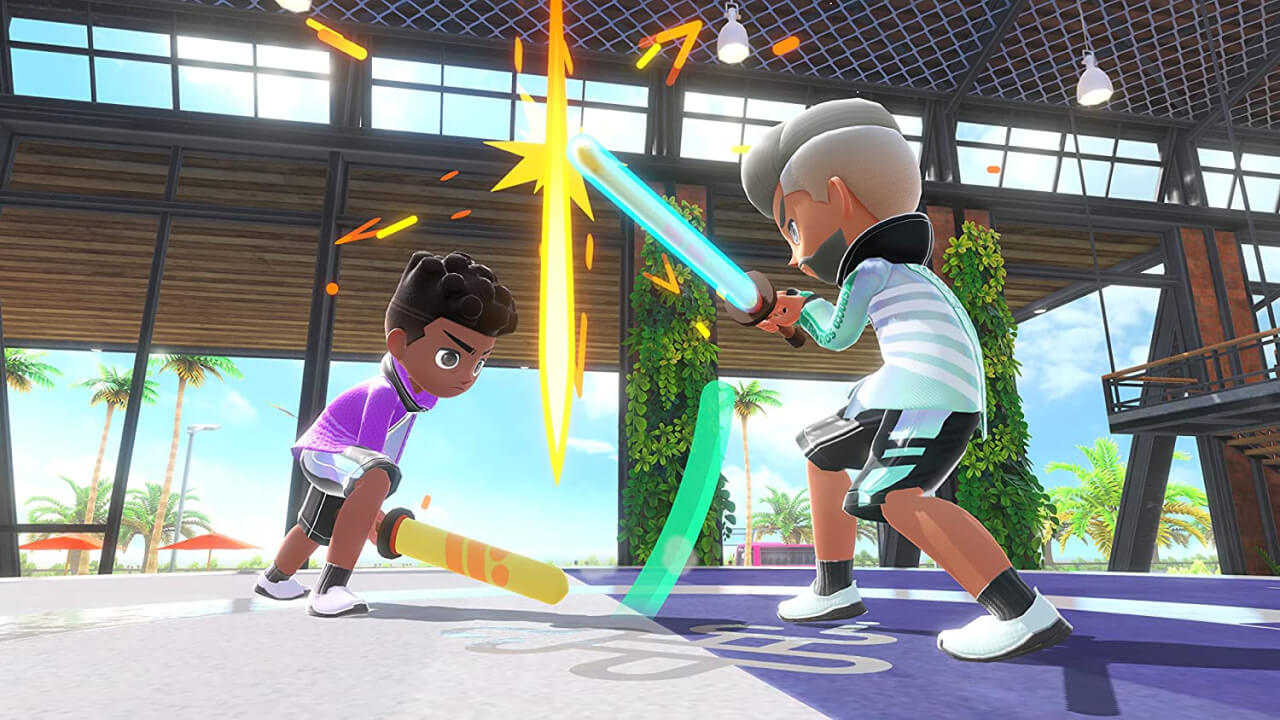 Get ready to play your Nintendo console like it’s 2007 again. Why? Because the world of Sports is once again returning, this time not on Wii but on Nintendo Switch (of course!). 2022 has already been a bombastic year for the handheld, with both Pokémon Legends: Arceus and Kirby and the Forgotten Land releasing to critical and commercial acclaim. Next up to the bat (literally, in this case) is Nintendo Switch Sports, which launches this April 29th.

The new game is very much a spiritual successor to the original Wii Sports, the launch title from well over 10 years ago. What this means is that everyone from your sister, brother, parents and even nan might want to get back into the swing of things in Nintendo Switch Sports. But just in case you don’t believe us, here are 5 reasons to be excited for this reinvigorated sports title.

The return of classic sports like Tennis and Bowling

Nintendo has clearly recognized how popular some of the original activities in Wii Sports were because they’re out in full force again here. There are six sports in total included at launch, two of which make a triumphant return in Tennis and Bowling (Golf is planned for a later update). Yes, Boxing and Baseball might no longer be with us, but you’ll soon forgive their absence seeing as that the three aforementioned familiar past times look and play far better than ever.

In tennis, for instance, lobbing, slicing and top spinning your shots past your opponent benefits from extra weight and a sense of tactility thanks to the Joy-Cons HD rumble support. Bowling, meanwhile, features the same pin-based fun, only now you can include up to 16 players and even take the action online. Nintendo has also promised some “tricky challenges” for those who play bowling solo, such as narrow ledges and oversized bowling balls.

The debut of new ones like Badminton and Football

Of course, as well as returning hits, Nintendo Switch Sports is also a good excuse to indulge in some new outdoorsy fun. The new sports set to make their debut are Badminton, Volleyball, Chambara, and Football. You can access these from anywhere in the in-game sports plaza, beginning the fun in any order you choose. Each of these has been designed from the ground up to get your body moving just like before!

In Chambara the objective is to wield either one sword or two, trying to push your rival off the edge and into the water below as fast as possible. Badminton plays similarly to tennis, with the added challenge of watching the unique whispy movements of the shuttlecock. Volleyball then presents the beachside place to be for either one on one or two on two battles. Finally, football plays about as well as you expect, but players do have the option to strap a Joy-con to their leg for the ultimate simulated experience. 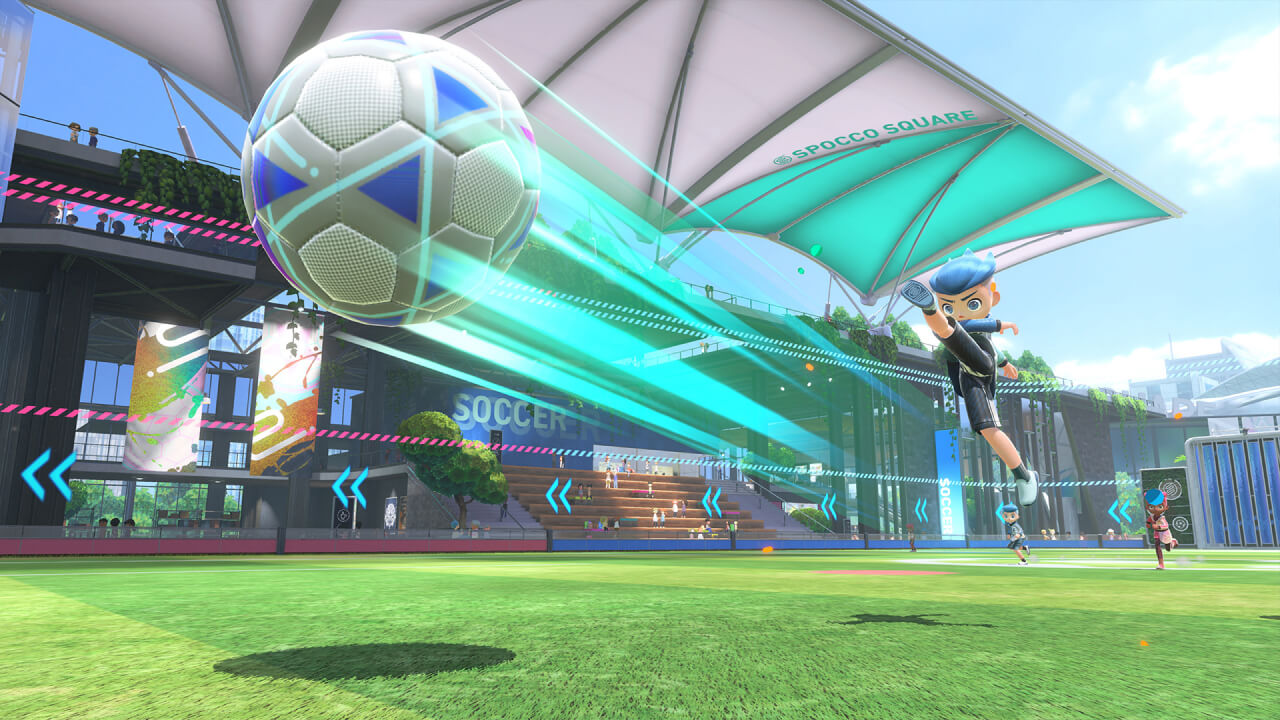 Joy-con bring back the motion-controlled fun

We just hinted at it in the last section, but obviously one of the major appeals of Nintendo Switch Sports compared to other sports titles is the motion control options. Purposefully done to stick to the spirit of the original Wii Sports, Nintendo have once again found creative ways to bring the act of swinging, kicking and throwing to your living room in a realistic manner.

With Chambara, for instance, it’s fairly easy to simply break off a Joy-Con from your Nintendo Switch console and then swinging it in the same fashion as you would a sword. However, with more “full-on” sports like football, you’ll be able to use a leg strap to tie the Joy-Con to your leg before making some impressive volleys. The physical version of Nintendo Switch Sports includes a leg strap, but some players may also have one from Ring Fit Adventure.

Obviously one of the biggest appeals about playing Wii Sports on the Nintendo Wii was the fact that you could do so as yourself, thanks to the built-in Mii integration. Well, Miis are no longer really a thing on Nintendo Switch, so to solve this issue an entirely new type of in-game avatar customization has been included. You’ll still be able to make characters look like dead ringers for your friends and family, but the personalization now benefits greatly from HD, as well as a lot more options for finer hair and facial details.

It's not just the characters themselves that can be customized this time around either. You’ll also be able to kit them out with the best gear on a sport-by-sport basis, with myriad options available in terms of trainers, jackets and shorts. The attire selection will be refreshed on a weekly basis, encouraging you to come back regularly to see what’s in store.

The fun with Nintendo Switch Sports won’t end at launch. Nintendo has already announced plans to release two content updates later in the year following its April release, bringing with it new sports to enjoy throughout the summer period and beyond. The only confirmed new addition so far is Golf, which will arrive in Autumn as a free software update. Little has been shown off from the mode so far, but judging by the creativity seen elsewhere, you can guarantee that swinging your Joy-Con to sink some puts will be much improved compared to before.

If you're interested in picking the game up then check out our handy comparison low for the cheapest deals on Nintendo Switch Sports!