Will using a gaming monitor on a console make me a better player? 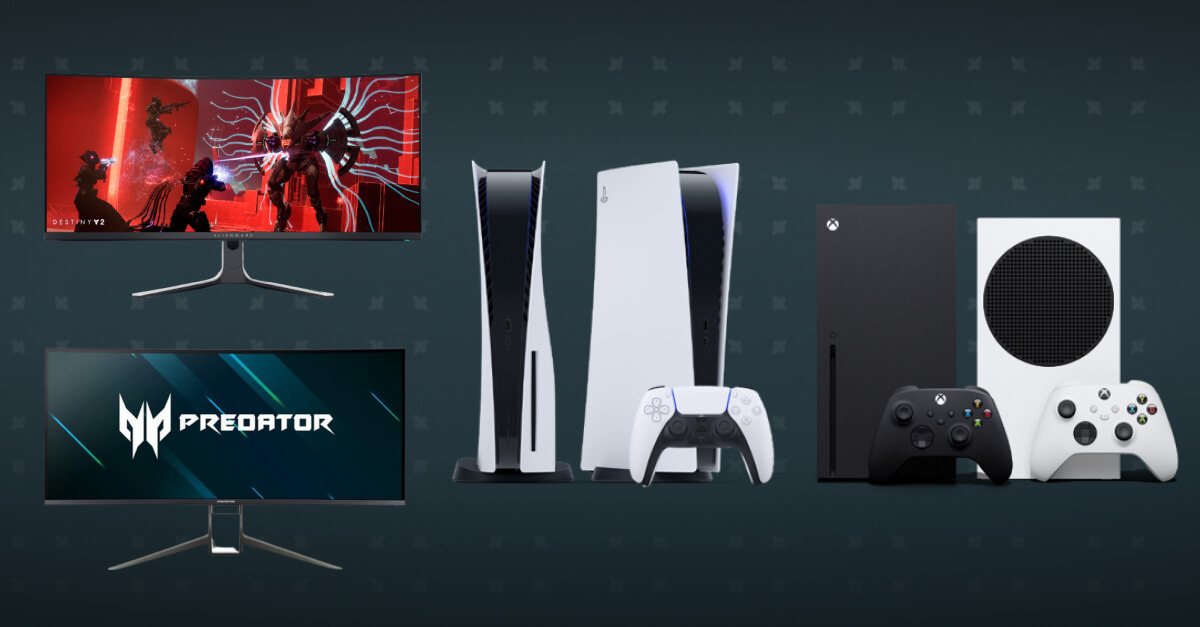 If you’re a console player who likes playing competitively in games like Call of Duty, Fortnite, or Apex Legends, odds are you’ve given some thought to the benefits a dedicated gaming monitor could bring. And while some might shudder at the idea of playing online shooters on a console in the first place, it’s becoming a far more acceptable method of play since a PS5 or Xbox Series X on their own cost much less than your standard high-end graphics card. Playing competitively on a home console is no longer frowned upon as much as it used to be.

There are plenty of options out there, but will a gaming monitor actually make you a better player? Features like an improved resolution, fast refresh rate, and low latency can only help console players up their game, of course. That’s why, if you’re gaming on PS5, Xbox Series X, or Xbox Series S and want to push the limits of play and improve your K/D ratio, a dedicated monitor might be a good solution to invest in.

Gaming monitors up your games by improving response time

Killing your opponent in an online game faster than they can kill you is all about response time, and that’s the primary benefit that a gaming monitor offers players over a traditional TV setup. Response time, in layman’s terms, refers to how quickly pixels on the screen are able to change from one colour to another – in effect reducing the time it takes to, say, turn your head to the enemy or aim down the iron sights of your weapon. Most gaming monitors are specifically designed (and promoted) on how quick their response time is, with the best coming in at just 1 millisecond.

Faster response times not only help keep console players more alert to the action, but also greatly improves the overall viewing experience. Lacklustre response times can often result in unwanted ghosting or motion blur, which can detract from the competitive nature of most online games. TVs by comparison don’t have to account for player inputs or such rapid movements of the camera (generally) so aren’t as well equipped for online play as much as a gaming monitor manufactured by the world’s biggest brands.

Video games differ from movies, music, books, and TV shows, in that player input has a direct effect on what you see happen. That’s why, it won’t be a shock for you to discover, how gaming monitors are designed with offering low latency in mind, while a standard HD TV setup is not. In fairness, to accommodate console play in recent years, brands like Samsung, LG, and Sony have built into their televisions a dedicated viewing option called “game mode” which is aimed at reducing latency. However, this often comes at a cost, and the cost is downgraded visuals.

Gaming monitors, however, are purpose-built to offer a minimal amount of delay between the time it takes to push a button and then see the corresponding happen on screen. Combined with a super-fast internet connection, this can only help improve your online game. Plus, unlike the “game mode” in TVs just mentioned, it doesn’t have to come at the cost of vibrant or sharp visuals providing you pick a gaming monitor with your PS5 or Xbox that can sustain 1440p or 4K resolution.

Gaming monitor for PS5 and Xbox – the differences explained

Okay, so now we’ve established what benefits gaming monitors can bestow upon most console players, it’s important that there is one more aspect to consider depending on whether you’re on PS5 or Xbox Series S|X. Not all of the current-gen consoles support every resolution. Here’s a break down:

It used to be the case that opting for a 1440p gaming monitor wouldn’t really do you any good if you’re a PlayStation 5 player, as Sony didn’t unlock this ability at first. However, it eventually saw sense over a year and a half into the console’s launch, as 1440p support on PS5 finally came as part of the console’s September 2022 update. This is great considering that 1440p is seen as a perfect middle-ground for most PC players, whereas those who are used to a TV will be more used to either Full HD or True 4K.

If you do want to experience the full benefits a PS5 console can bring when paired up with a gaming monitor, however, it has recently released its own in-house option. The Sony Inzone M9, which offers 4K and a suite of PS5-specific features, is well-priced and is purposefully designed to be easily set up by PlayStation owners. Xbox players, meanwhile, have had a much easy ride, supporting every popular monitor screen resolution – Full HD, 4K support, and everything in between (including 1440p) – out there, in some ways negating for the need for an Xbox-specific gaming monitor. Instead for Xbox Series X|S owners, it pays to shop around to find the perfect one from almost any brand.

If you're after a PS5, Xbox Series X or Xbox Series S console check out our handy comparison pages below.

Get the best gaming monitor for consoles at Gaming Deals

Once you’ve decided that a gaming monitor is for you, you’re probably going to want some guidance on where to start in terms of brand, capability, and features. That’s where our best Gaming Monitors 2022 buyer’s guide comes in. Be sure to check it out if you want to up your competitive game on either PlayStation 5 or Xbox Series S|X. Results are partially dependent on skill and ability, but with a gaming monitor there’s an increased likelihood that you can become a better player.