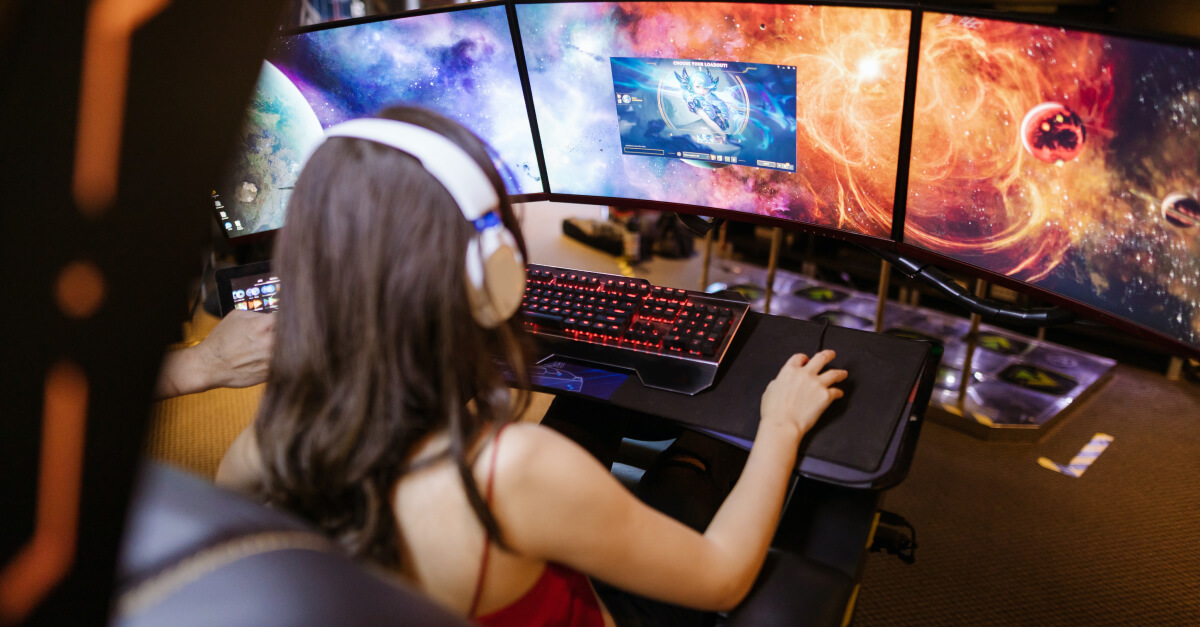 What is the best gaming monitor 2022 players can purchase today? It’s a good question, and one worth answering when you consider the high calibre of PC titles constantly being released that tend to push your setup to the absolute limit. More so than your rig and even your graphics card, a good gaming monitor is your window into experiencing these worlds of Sci-Fi, adventure, and fantasy, so it’s well worth finding one that best suits your needs.

Regardless of whether you’re the sort of player on PC who prefers to prioritise refresh rate, resolution, or screen size, we at Gaming Deals have put together this buyer’s guide to help you benefit from one of the best gaming monitors out there. 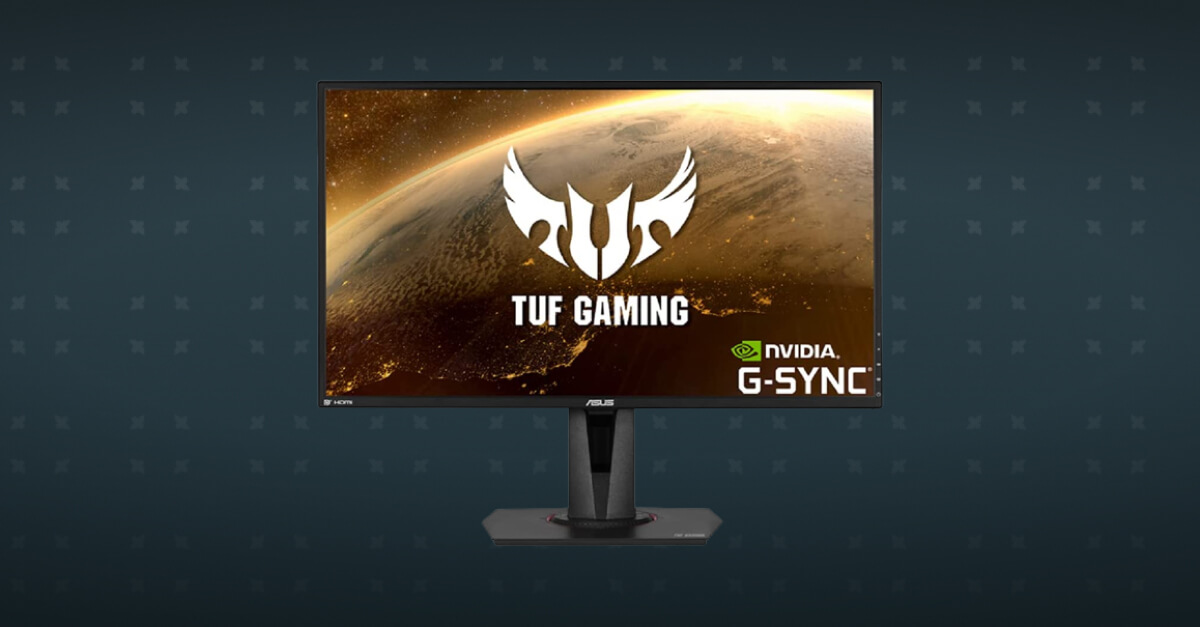 ASUS has always been a big player in the gaming PC world, so it should come as no surprise to learn that they pay great attention to their gaming monitor output. It might not look like anything special on the surface, but the ASUS TUF VG27AQ certainly packs in all the essential features any dedicated gamer would expect, including above-average picture quality, extremely low response times, and built-in HDR10 compatibility. The latter of which ensures players benefit from a good level of high dynamic range resulting in crisp picture quality. Better yet, the ASUS TUF VG27AQ LED Gaming Monitor won’t particularly break the bank compared to other, premium options. This is an option for both average and pro PC gamers alike.

If you have a sizeable budget and are seeking a gaming monitor suitable for presenting 2022 game releases in the best light, then look no further than the Alienware AW3423DW from Dell. It’s headline feature is its QD OLED screen, which easily sees it surpass the response times and colour contrast than any LCD panel. It’s simply one of the sharpest screens currently on the market, which when combined with true HDR support helps any player pick up on even the slightest visual details. OLED has historically has had issues with burn-in, but with the AW3423DW you have the standard year’s peace of mind, and any reports of this are yet to come in. It might not be the best suited monitor for general PC use, but overall the Alienware AW3423DW is a premium gaming monitor purchase option for any PC players serious about what they play. 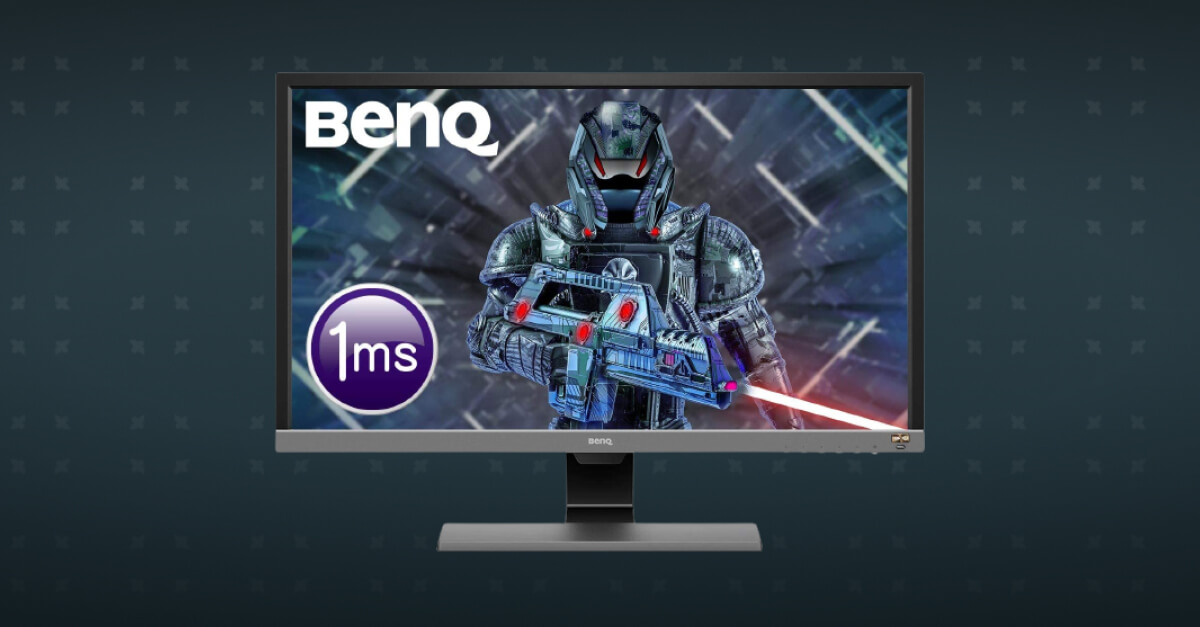 If you want a monitor that will deliver you 4K gaming on the cheap, odds are that BenQ EL2870U will be the perfect fit. It provides a slightly above-average panel size at 28-inches, which is minimal but enough to help players better notice the full benefits of 4K quality. It also means that the gaming monitor won’t take up too much space when used for office or play purposes. The EL2870U unfortunately isn’t G-sync compatible, but this is more than fair given the fair price, and it does at least offer enhanced native FreeSync support for those with an AMD graphics card. 4K gameplay at under £200? There are some feature compromises but overall we think it’s worth it. 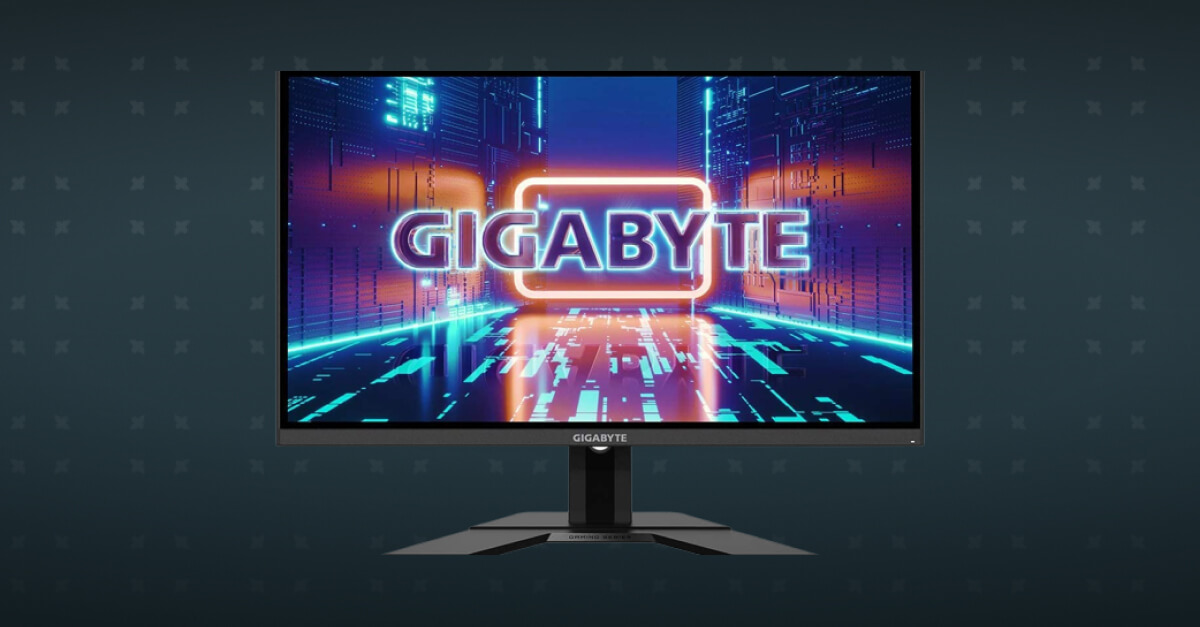 What the Gigabyte G27FS Gaming Monitor lacks in 4K visuals it more than makes up for with low latency and a high refresh rate. This is another affordable solution that packs in a lot of nice features, even bettering the EL2870U in some areas through the inclusion of adaptive G-sync support. It doesn’t feature any onboard speakers, but that’s a very small price to pay for what is ostensibly a budget gaming monitor 2022 option that still delivers low response times and touts a respectable build quality. It’s excellent value for money for anyone wanting to stick to Full HD as opposed to any higher resolution. 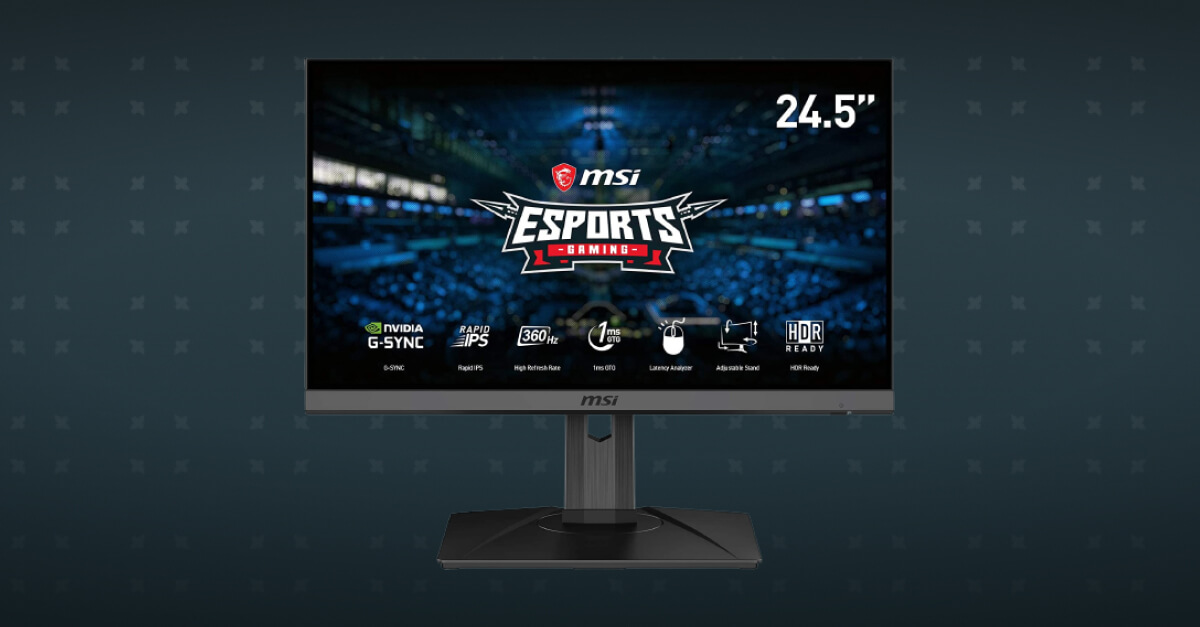 If it’s speed you’re after, pure and simple then you can’t really go wrong with the Oculux NXG253R Gaming Monitor from MSI. Admittedly, it boasts a high price tag for FULL HD (as opposed to 4K) but it’s really the incredibly high refresh speed you’re paying for. At a staggeringly 360HZ, any PC player who games competitively in eSports tournaments will feel right at home, with a monitor that also integrated G-sync support and great colour vibrancy thanks to the IPS screen panel. The design is pretty basic, too. This is purely about speed. And if you want to up your K/D ratio in games like Overwatch 2 and Fortnite, this gaming monitor runs like a whip. 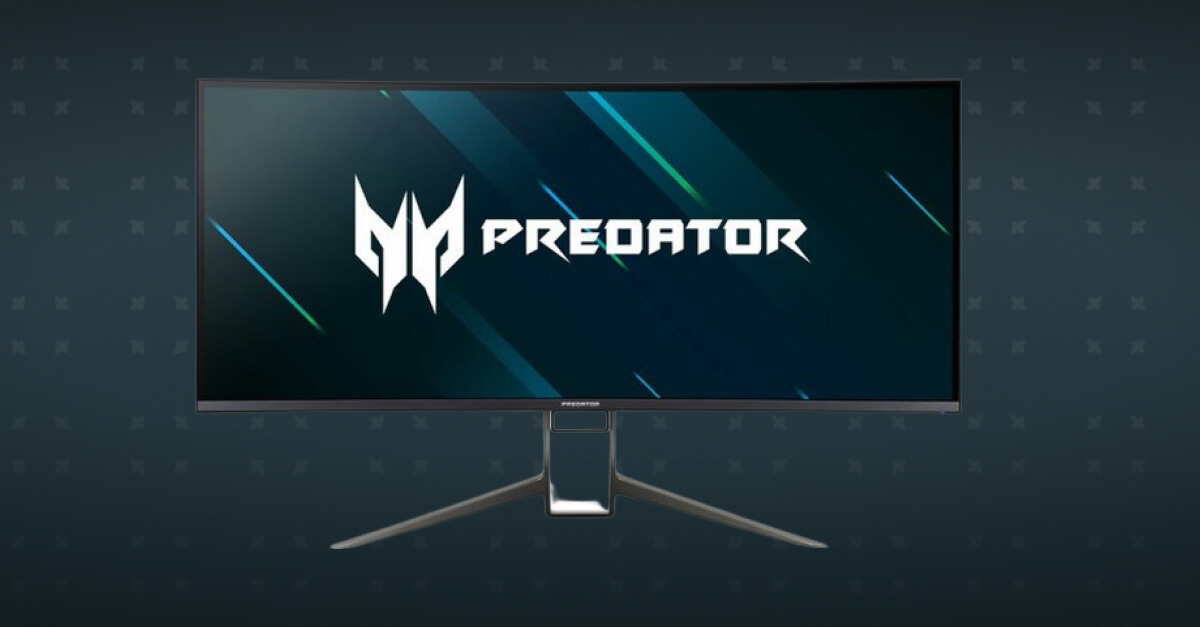 Easily one of the best curved gaming monitors on the market in 2022, the ACER Predator A38P delivers the true widescreen experience – and then some. True, you’ll pay a pretty penny and it doesn’t come packed with the best HDR, but its massive 37.5-inch curved screen makes quite the impression. Built-in G-sync technology also ensures a high refresh rate of 175Hz providing you’re willing to overclock, otherwise it’s still a relatively solid 144 Hz. The bend of the curve itself is also handheld elegantly, letting you keep your eyes on the action that is all presented on an IPS panel that is as close to 4K as you can get (although not quite). It’s a premium curved gaming monitor option, but it’s also the best one. 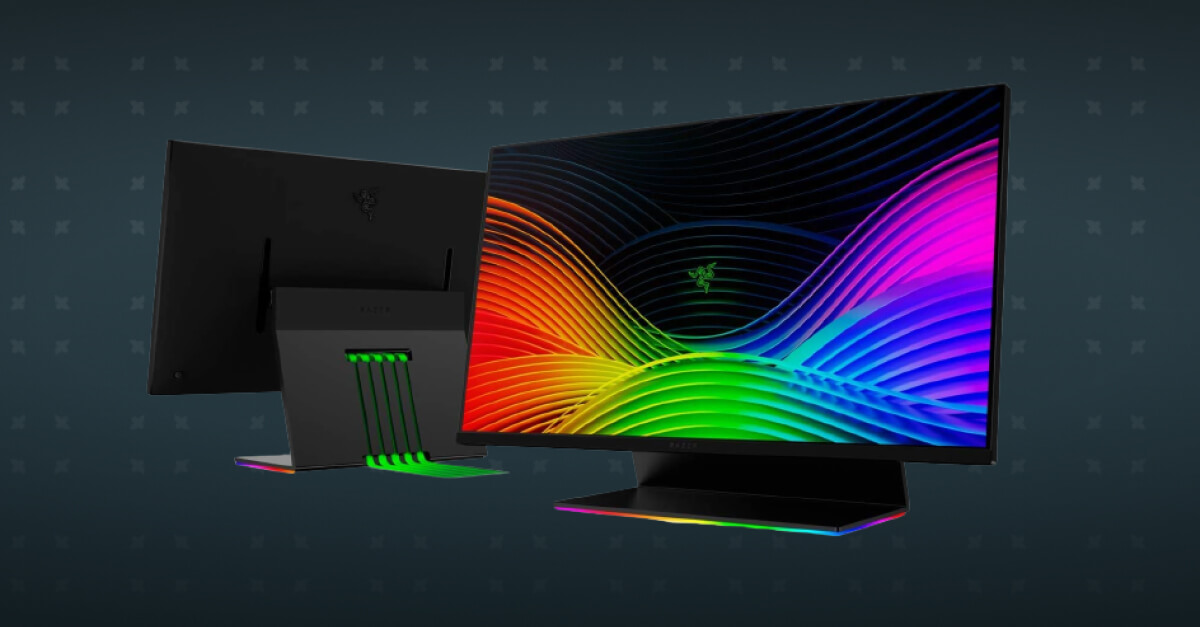 If you’re someone who associates the Razer brand with all things RGB lighting, then you won't be disappointed by its Raptor 27 Gaming Monitor. Don’t worry, though, because rather than glitz the frame with endless red, green and blue tones, it’s actually a strip at the base of the stand where you’ll find it. Aesthetically, this makes the overall design quite tasteful. Equally competitive are the built-in features which spans FreeSync and G-Sync compatibility, an impressive degree of HDR contrast and a more than fast 144Hz response panel. The Razer Raptor 27 Gaming Monitor achieves a great balance between form and function. 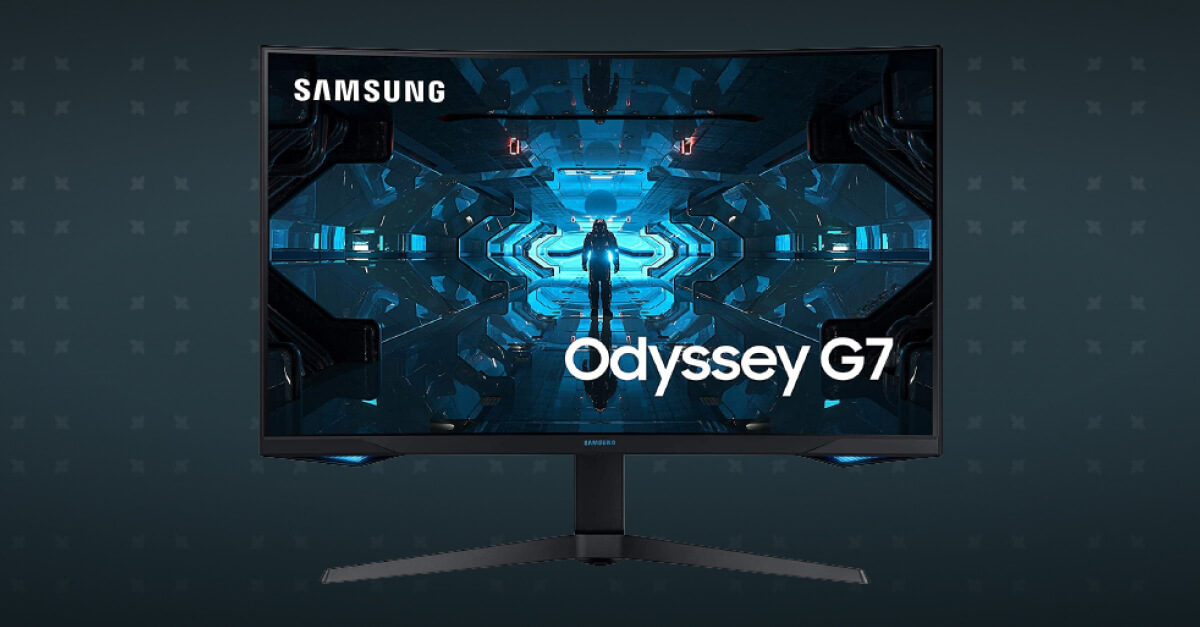 Samsung obviously has its hands in a lot of pies these days, but it’s still found time to pay attention to the gaming PC space. Its Odyssey G7 gaming monitor is a more than viable solution for those seeking a setup with a curved screen at the core. It maxes is out at a 1440p resolution, but it makes up for not achieving 4K quality with its super-fast 240Hz refresh rate. With a typical RRP between £500 and £600, that’s incredibly good value for money. You won’t break the bank but will still benefit from some of the lowest latency around. The black levels aren’t half bad either thanks to its unique VA panel display, which is a slight improvement over traditional IPS. 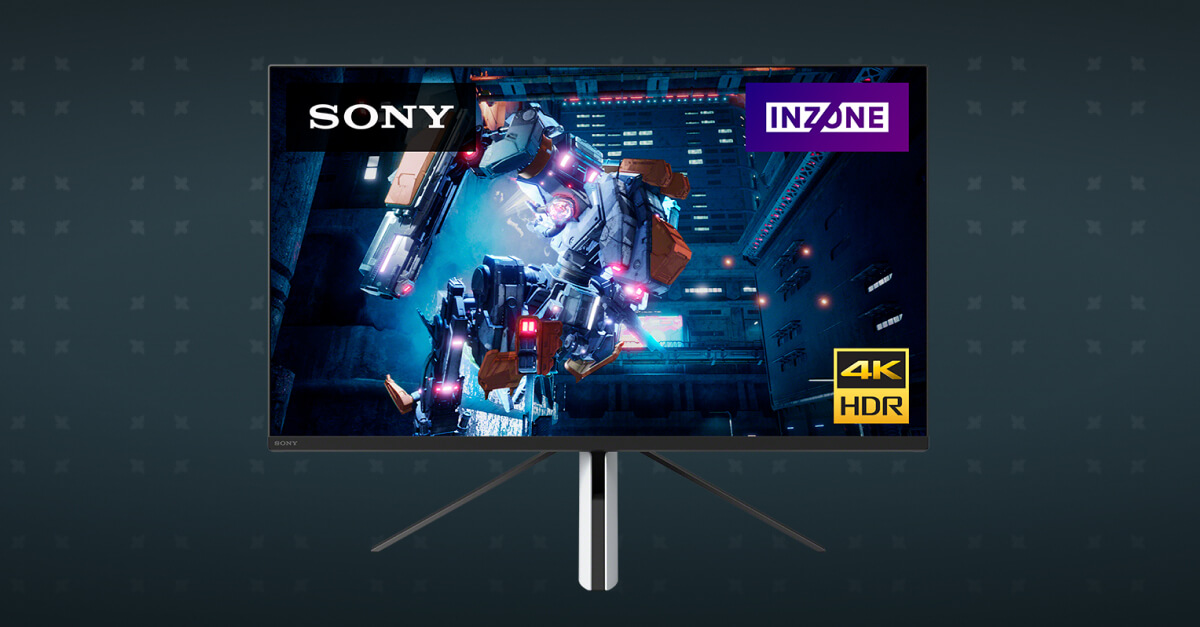 A 4K gaming monitor from the same company behind the PlayStation 5? Nope you’re not dreaming. After catering to the PC space more and more with ports of God of War, Marvel’s Spider-Man and more, the “Inzone” brand is Sony’s play to capture this moment. The Sony Inzone M9 is an abstract thing, then, being a gaming monitor uniquely positioned to cater to both PS5 and PC gaming. It touts a beautiful display that is good for the money (obviously) but when hooked up to a PS5 proper, console players benefit from great HDR quality, and cool features like the ability to safely swap between cinema and gaming modes. The speakers sound tinny, sure, but in all other areas the Sony Inzone M9 is a highly flexible option for two types of player. 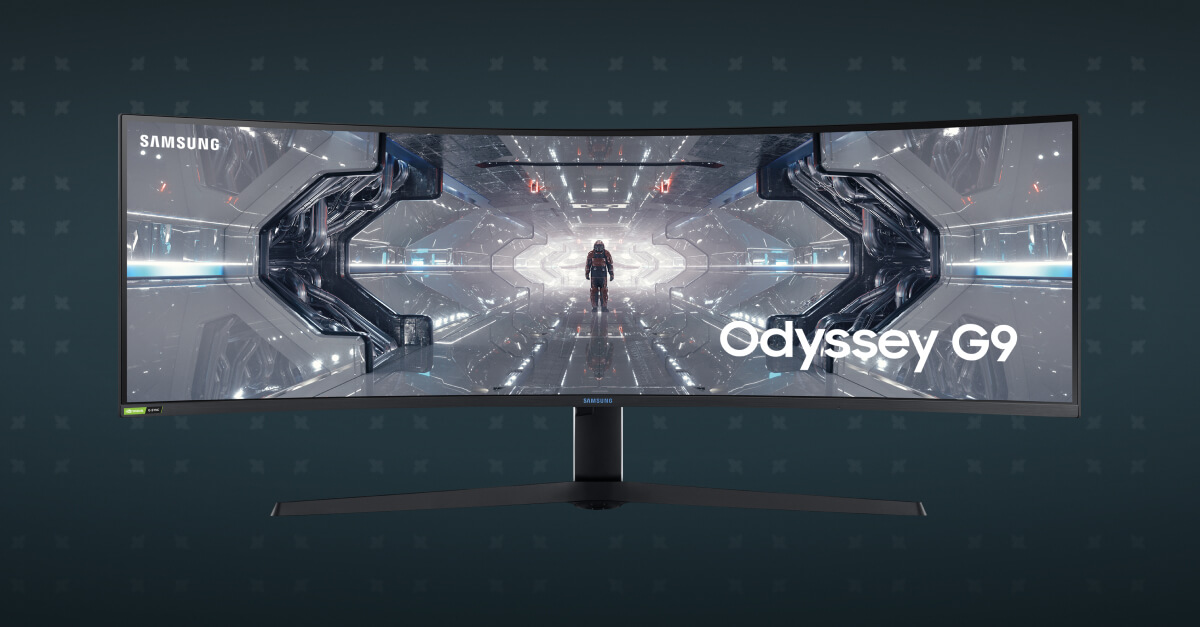 Samsung’s Odyssey G9 Gaming Monitor is what happens when a tech company decides to go big or go home. It’s absolutely staggering 49-inch curved screen ensures players get the best angles when lining up shorts or racing down the track in the latest F1 game near authentically. Realistically, there aren’t too many other scenarios where the G9’s breadth would be needed, but it still delivers an impressive 240 Hz refresh rate and a resolution that leaps well above traditional 4K. Just make sure you have at least 4-feet worth of desk space to accept it.