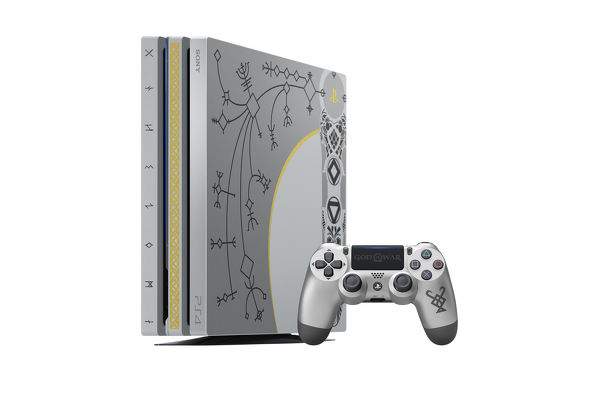 God of War has been getting a lot of hype, despite still being a month and a half away from launch. Sony are looking to capitalise upon it with the release of a new special edition PS4 Pro, complete with God of War themed decals on the console and controller.

The console, which comes in what Sony have dubbed 'Leviathan grey', will come with the standard DualShock 4 controller and 1TB hard drive.

The custom controller comes with a very basic design, with the God of War logo emblazoned upon the touch pad and another decal on one of the grips. However, the console is a bit more interesting. As the following video demonstrates, the two-tone design was inspired by protagonist Kratos' axe, with the lines representing the skill tree that users can follow to upgrade the weapon.

Of the recent limited edition PS4s we've seen, the God of War edition is certainly one of the most detailed, particularly when compared to the likes of last year's Star Wars Battlefront II console. It's not a big surprise to see Sony stepping their game up, given some of the criticism they've received for special editions that have sometimes lacked a bit of imagination.

The bundle will launch on the 20th of April. There's been no official word on pricing yet, but somewhere between £320 and £350 seems likely based on other PS4 Pro bundles available now.