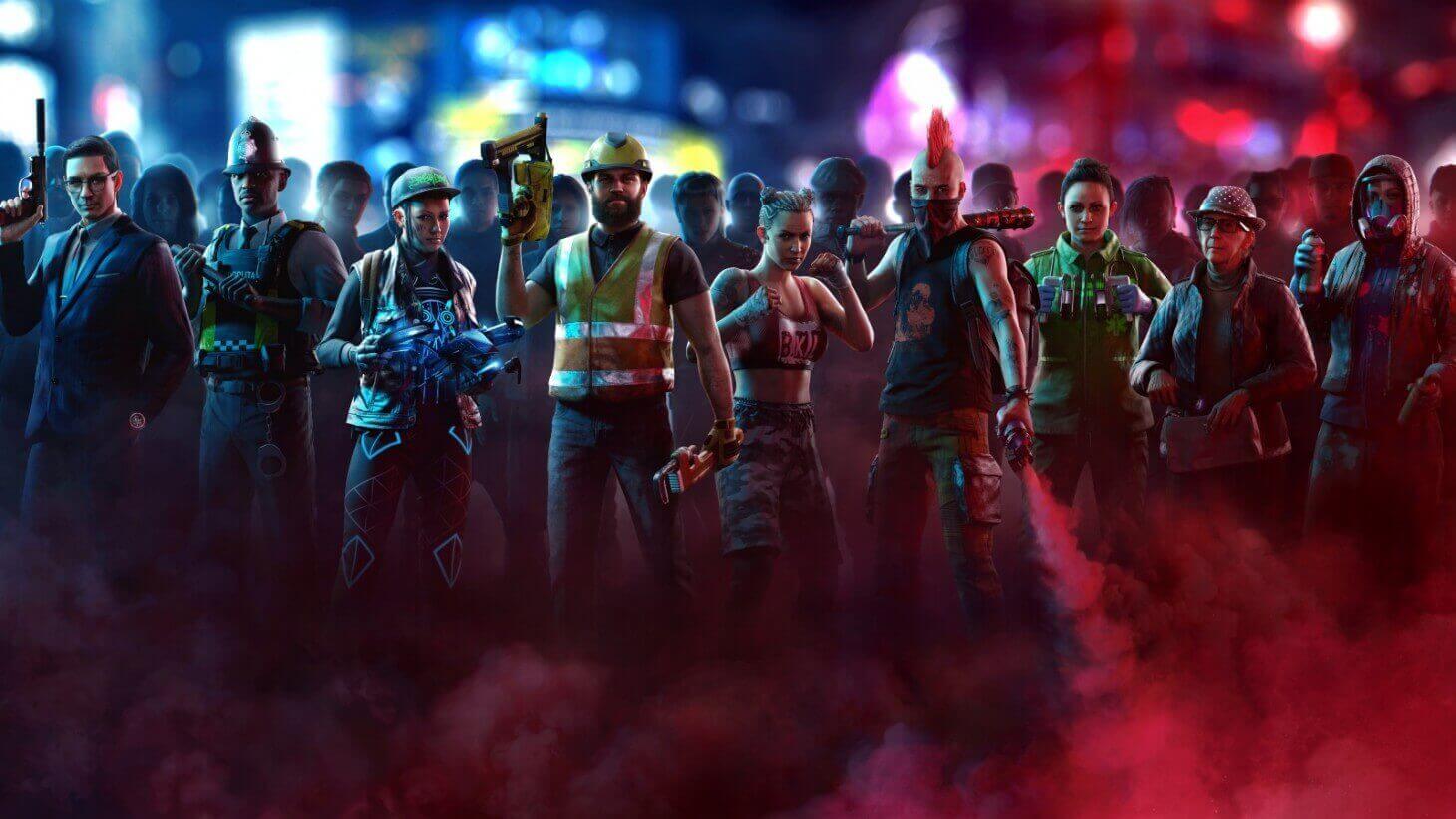 Because the current world we’re living in isn’t quite dystopian enough for Ubisoft Toronto, Watch Dogs: Legion has finally arrived to let us roam a politically crippled near-future London that’s now being policed by a private military outfit. Brexit has happened, job losses are abundant due to the increased reliance on tech and, oh, the houses of parliament have just been blown up by a mysterious rogue hacker group, too. Luckily, while Legion’s version of the English capital is no doubt oppressive, it makes fighting back against the system as DedSec’s’s London branch feel even more cathartic – especially since the game’s unique “hack anything, become anyone” conceit largely delivers.

The biggest question we had going into Watch Dogs: Legion was whether the lack of a main character would help or hinder the open-world experience. Ubisoft has, after all, proved itself the master of this and perfected it countless times before, though surprisingly the answer is neither, which to some will be a success in and of itself. You see, Legion’s central hook is that instead of sticking with just one protagonist throughout, every NPC you come across can be recruited to the cause, bringing with them a suite of distinct skills, weapons and perks. Some are of more use than others, as you’d expect, but for the most part Ubisoft has made seeking out such character templates as a children’s entertainer, MI6 agent and even a football hooligan worthwhile.

It helps that the mission design is incredibly straightforward, though this does end up harming Watch Dogs: Legion in the long run (more on that later). Most scenarios simply require you to sneak into a reinforced building, rescue an important person or salvage valuable data, before having to escape. In most other games – even the prior Watch Dogs titles – your approach to doing this would be spelt out for you. However, a builder’s ability to, say, summon a cargo drone and ride it to the very top of a structure plays out very differently than if you were to work your way up to the same position using stealth techniques as a professional hitman.

As previously mentioned, though, the various DedSec members being so flexible in their abilities does necessitate that your objectives throughout the 15-hour campaign are fairly by-the-numbers. There’s always a building that needs breaking into, a hostage that needs saving or a car that needs to be stolen. Doing this is fine, for the most part, but some monotony did tend to set in around the 6-hour mark when it was our tenth or 11th time doing this. Even the basic hack opportunities available to all, like remotely controlling a spiderbot or disabling drones, can soon grow to become tiresome.

The last thing we’ll say on the “become anyone” concept is that, while cool from a pure gameplay perspective, does creak a little whenever the narrative rears its head. This is most evident during in-engine scenes when two recruits tend to speak at each other rather than engage in anything close to a genuine conversation. And while there’s every chance that a thuggish graffiti artist with a middle-class Chelsea accent exists, Legion’s roguelike nature can sometimes result in occasions where the face and voice of characters in no way lines up. Thankfully, dialogue and personas fare much better in predetermined characters.

Watch Dogs: Legion might be built around the idea of routinely changing your guise, but there’s still one important character we’ve yet to mention. And in case you hadn’t guessed already, this is probably the best depiction of London ever featured in a video game bar none; a title held up until now by 2002’s The Getaway in our eyes. Whether it’s when drifting past Piccadilly Circus’ digital billboard or performing keepy uppies just outside DeadSec HQ near Parliament Square, it’s hard not to feel like most of the city’s boroughs and sights have been expertly captured here.

Legion being developed by a non-Engligh studio does sometimes lead to certain elements of the city feeling a bit cartoonish, however, with certain hospitality signs and knock-off shop names working too hard to squeeze in an unnecessarily cockney pun. Then there’s the general NPC barks that you’ll hear while exploring the world, which always seems to be filled with passers-by using the F bomb for every other word. At times it can feel like Ubisoft Toronto assumes all Englishmen to be nothing but foul-mouthed extroverts, yet such odd-looking and sounding colloquialisms likely won’t be a problem for international players.

Iconic landmarks such as Big Ben (which you get to climb through in one sequence) and Buckingham Palace are recreated in meticulous detail, albeit sporting their own hacker-infused revolutionary makeover. The story makes several excuses to have you visit most of these at least once, and the novelty of seeing how each one has been adapted to make sense within this new surveillance state hardly ever wears off. Getting around by car or bike can be a little irksome at times due to the real-life constriction of certain roads, as real-life Londoners can attest to. But it all contributes to the believability of the location and adds extra immersion.

Sadly, it’s quite ironic that Watch Dogs: Legion can struggle on a technical level. Waiting upwards of a minute on Xbox One X for a fully recreated London to load in initially is fair enough, yet our patience did wear a little thin when we had to do the same upon entering and leaving certain indoor areas. It’s not like we can avoid this either as some are key to the story. They even appear when wanting to switch between operatives; a sin considering that the game should be encouraging you to do this as much as possible. It hurts even more when you consider that this was better handled in GTA V – a game that came out seven years ago. No doubt these egregious load times will improve in the next-gen version, but a patch for current consoles would be appreciated.

Is Watch Dogs: Legion an early sign of where open-world games are going on PS5 and Xbox Series S|X? Not really, though it just about manages to sidestep this pressure thanks to a wildly inventive core mechanic (that works), an impressive recreation of future London and the freedom to approach missions however you want. Pace-disrupting load times and repetitive objectives aside, this hacker’s paradise never fails to be a fun ride - even if Ubisoft’s apolitical stance is staunchly stuck to here given the potential of its totalitarian subject matter.

Watch Dogs: Legion is out now on Xbox One and PS4

Buy Watch Dogs Legion for the lowest price below: