As regular readers of the Gaming Deals blog will know, we often get sneak peaks at new, unannounced hardware bundles thanks to our state of the art deal system finding products from every corner of the internet. This morning, we've picked up on a very interesting one: 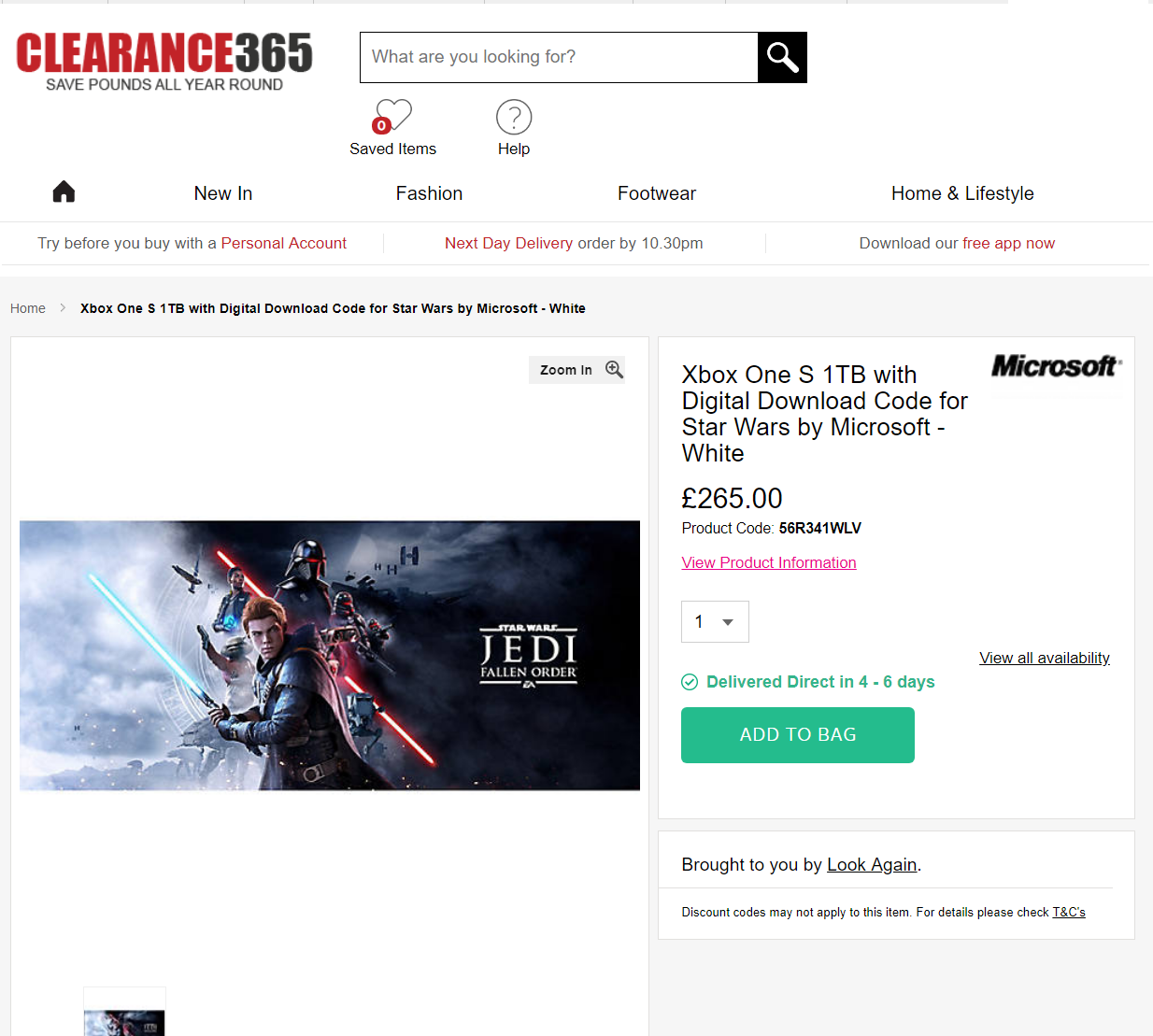 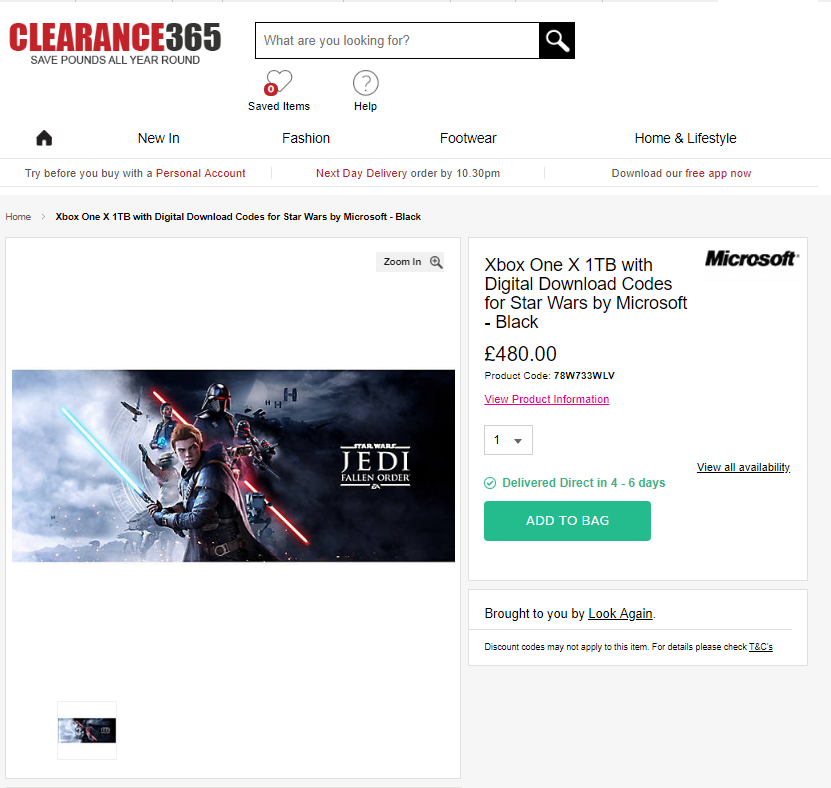 Per two listings on Clearance 365 (here and here), it appears that Microsoft have secured the marketing rights for the upcoming AAA title, Star Wars: Jedi Fallen Order. One of the year's most hotly anticipated releases, Jedi Fallen Order, has got a lot of Star Wars fans very excited, and it appears that Microsoft have won the marketing rights to this title. What does this mean? Well, as well as displaying the Xbox logo on advertising online and other mediums, the marketing rights mean that even though the game is also being released on PS4, Xbox One will have a monopoly on what's known as 'hard' bundles, where a copy of the game is packaged with the console itself, and the console's box art reflects the game.

Further down the page on Clearance 365, they have write ups that appear to describe bundles involving a standard white Xbox One S 1TB and a black Xbox One X being packaged with a digital copy of Jedi Fallen Order, the standard package that Microsoft use for their bundles. But if recent games such as Gears 5 are anything to go by, the door remains open to a special edition console. Microsoft is no stranger to Star Wars editions of the console, famously launching a now-iconic R2D2 version of the Xbox 360, complete with C3PO controller, but they lost the battle for the rights to the most recent Star Wars blockbuster, Battlefront II.

Unfortunately, neither listing yet has the console's box on, instead using a Fallen Order placeholder image, but we expect it won't be long before we see these in all their glory. This is a real coup for Microsoft. You can check out the current Xbox One deals and bundles on our main page.