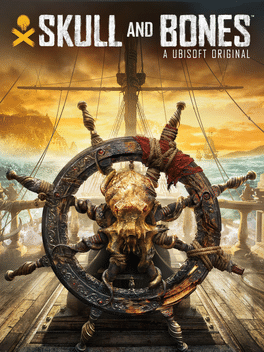 Find the best deals on Skull & Bones for PC (Microsoft Windows), PlayStation 4, Xbox Series X|S, PlayStation 5. We compare 30 deals (starting from £52.85) across every edition offered by our partner retailers.

Enter the Golden Age of Piracy as you sail through rich merchant trade routes. Embody an insatiable pirate captain, dive into the battle for the ruling of the Indian Ocean and become the most feared pirate, alone or with your gang of up to 5 players.

Fans of Assassin’s Creed 4: Black Flag couldn’t quite get enough of the plundering thrill that came with being Edward Kenway’s pirate assassin. It’s become a celebrated entry notable for how standalone it is, thrusting players into large-scale ship battles in between the typical act of sneaking This inspired Ubisoft to take that first part and transform it into its own game. The result of this is Skull and Bones – a standalone pirate simulator where you’re encouraged to explore.

Whether you want to embark on your own journey as a solo player or would rather battle in partnership alongside friends, Skull and Bones allows you to do both. Looting strong enemies will take the most coordinated of efforts, planning out how to approach locations and discussing your pirate strategy of attack.

Skull and Bones sets you off in a world home to numerous islands and archipelagos, all filled with treasure to hunt down and rival pirate factions to take on. Hunting along lucrative trade routes isn’t a walk in the park, though. You’ll need to compensate for unpredictable weather, deadly sea creatures and vessels that are much bigger than yours.

The best of Assassin’s Creed and Piracy combined

Build using the same tech as Assassin’s Creed, Skull and Bones plays out from a similar third-person perspective. You customize your own pirate captain who is then able to jump on or off ship to undertake a multitude of tasks. It all works as a natural continuation of the gameplay mechanics first laid out in Black Flag – this time being an unabashed pirate game. 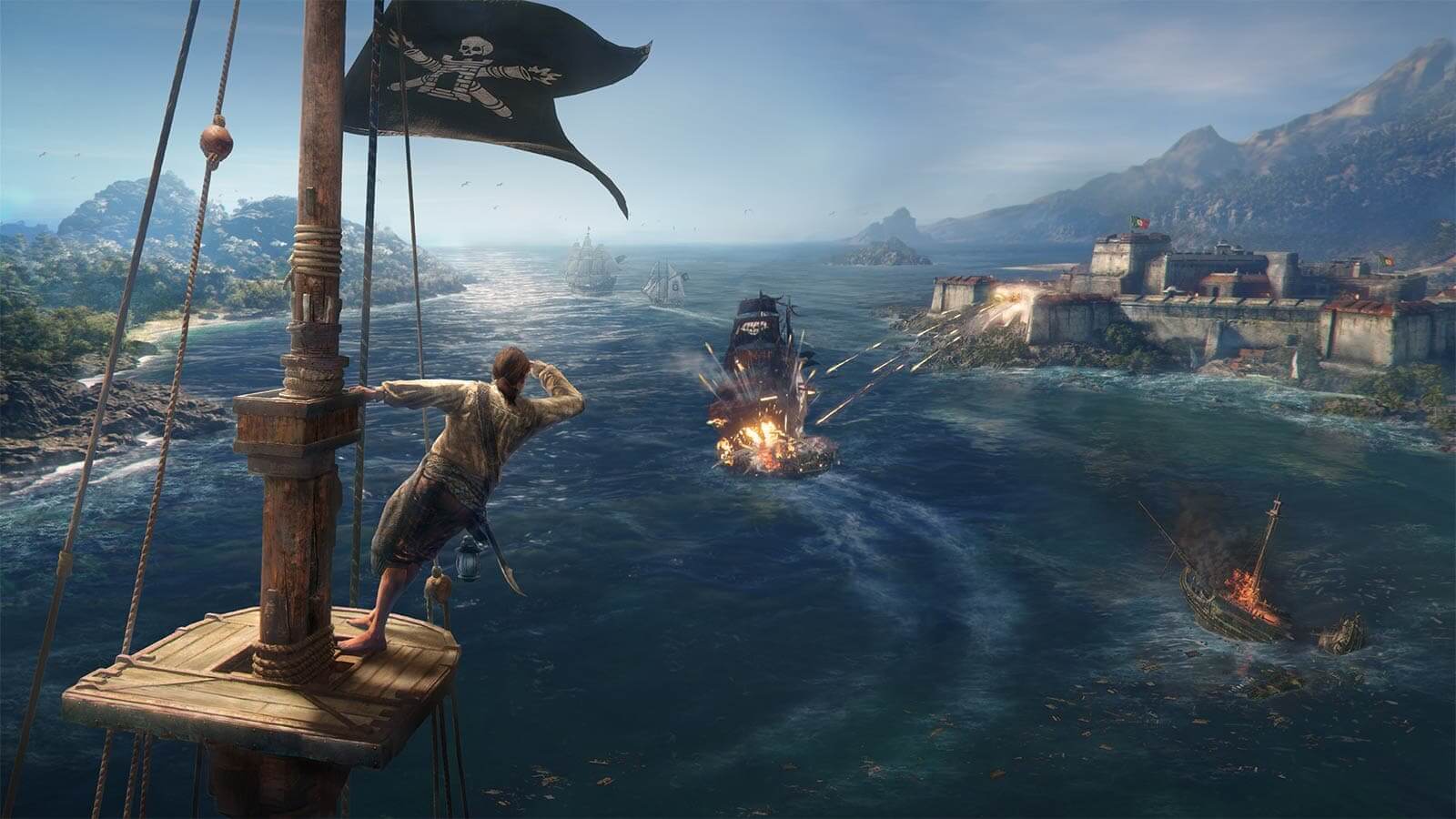 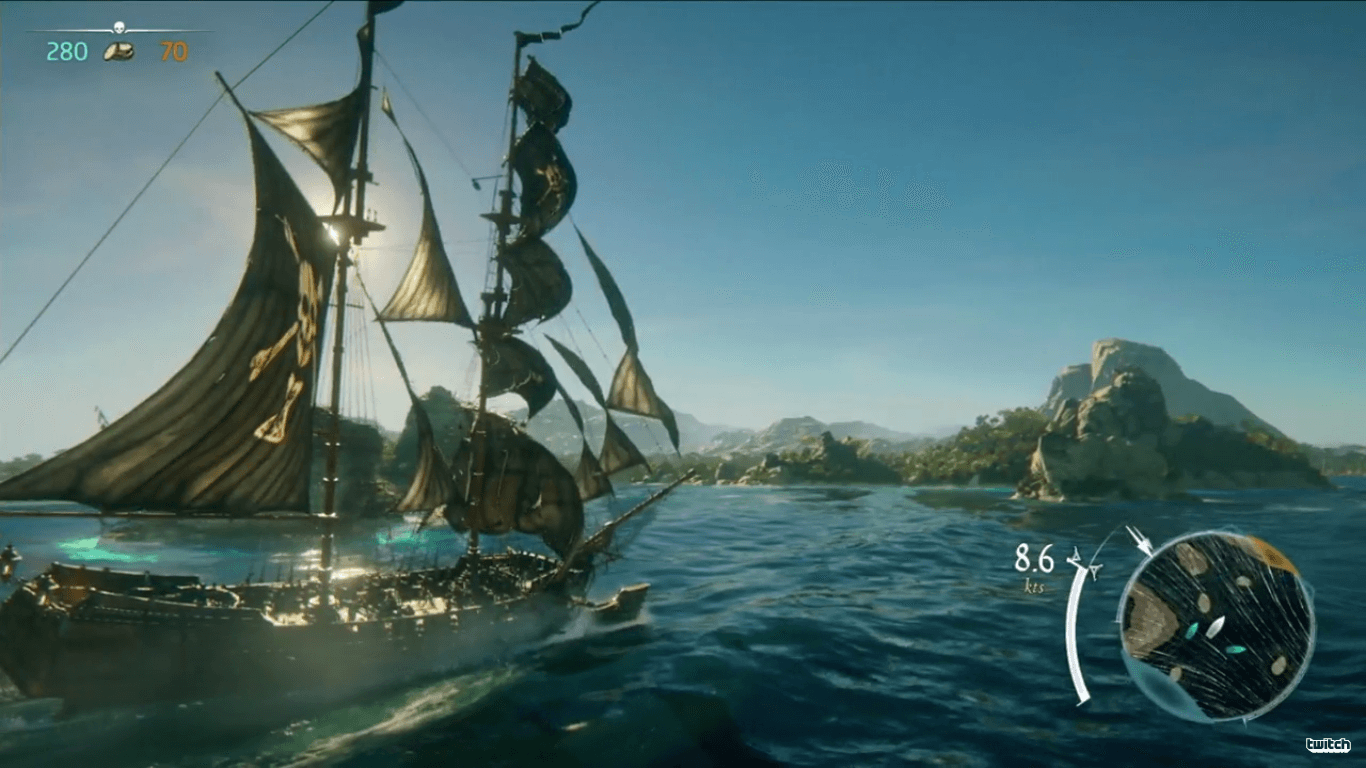 While you’ll have free reign over your main pirate ship, Skull and Bones enables you to build an entire fleet of vessels which can also be customized. Different weapon types, speeds and other attributes works to accommodate various different playstyles, meaning that your pirate fleet needn’t operate like any other.