Why Rowlet is the best starter Pokemon in Pokemon Sun/Moon

A date has finally been set for Nintendo's biggest release of the year, and along with it comes three new starter Pokemon.

The most popular gaming franchise of all time will return in November, with Pokemon Sun and Pokemon Moon set to be released on November 18th.

We also got to see three new starter Pokemon.

As seen from left to right, Rowlet, Litten and Popplio will be the choices you are offered as you start on your adventure in the Alola Region.

Rowlet, the bowtie-wearing owl Pokemon is a grass/flying type, Litten is a fire type and finally Popplio is the water type.

History has shown in previous games that while the water type initially will have a statistical disadvantage, across the game they tend to have the most advantages and least disadvantages against Gym Leaders. 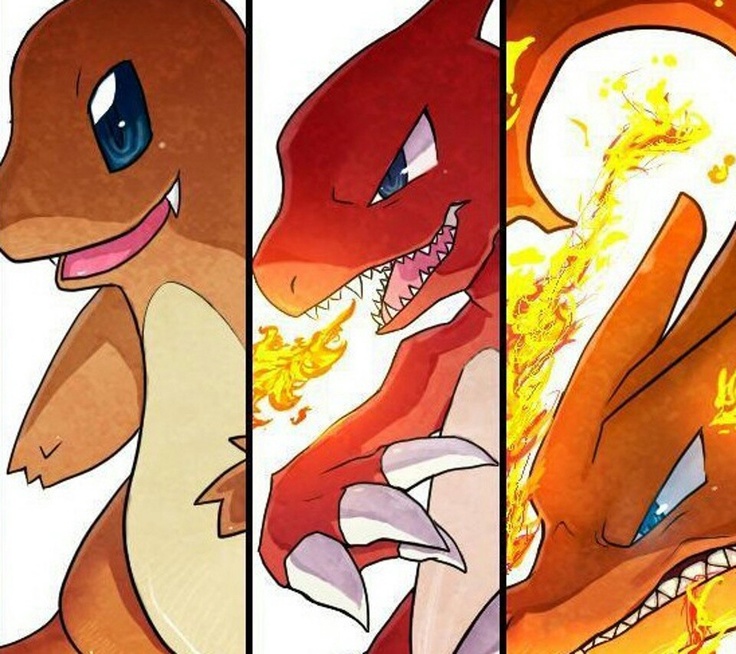 Fire types are your middle of the road Pokemon until the higher levels, then their statistics and damage output really start to kick in.

But what about the faithful grass type? Well, it's easy to argue that there hasn't been a worthwhile grass-type Pokemon to take since Bulbasaur, and even Bulbasaur had the most difficult time against Gym Leaders in Red/Blue.

So why should you take Rowlet? 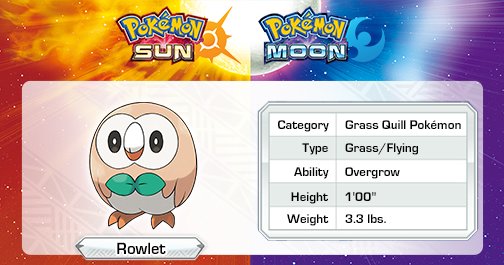 Simple, Rowlet offers something extra; it's also a flying type. And that's a big plus.

While flying type Pokemon may be weak against Electric, Rock, Steel and Ice, they do have quite a few bonuses.

Firstly, ground type moves have no effect against Flying types, and history shows that the earliest Gym Leaders tend to use Pokemon with ground based offence.

Secondly, flying Pokemon on average are faster than any other type. This is a big advantage in the early game when you come up against opponents who are fire based (such as your Rival).

However, the biggest reason to take Rowlet is this. In previous games, there hasn't been a flying type Pokemon that was worthwhile to take until towards the latter stages of the game. Yet to use the HM Fly, you needed to use one of your precious spaces on a Pokemon that you knew that you were going to drop (looking at you Zubat) as soon as a better option came along (hello Ho-oh).

Now, your powerful starter Pokemon can learn one of the essential moves of the game and not be a burden to you! It's also not a bad move to have as well in battle, especially if you come up against types that aren't great for you.

So there you have it, that's why you should take Rowlet as your starter Pokemon in Sun and Moon, without even needing to see the stats.

What starter Pokemon do you like the look of most? What type do you usually take? Let us know below.