There are only three Zelda games fans universally agree are stone cold classics. The rest are up for debate, and that definitely includes the often-criticised (or misunderstood?) Legend of Zelda: Twilight Princess.

Twilight Princess has a had a troubled life. Things started well on Gamecube, where its debut wowed E3. Then it was mirror-flipped and ported to Wii as a launch title, where the player had to waggle the Wii Remote to attack. The Master Sword was less than trusty in that version, let me tell you.

Twilight Princess has also been criticised for having an overly-long intro, a right-handed Link (in the Gamecube version), bland graphics, too many fetch quests, and for borrowing too heavily from Ocarina of Time.

But you know what? I genuinely loved the game on Wii. I got it at launch, and both me and my flatmate put in 50+ hours to complete it. It did feel like a next-gen Ocarina, but that was no bad thing in my book.

So now here comes Twilight Princess HD on Wii U - and it has some big questions to answer. Like...

Now the game is out, we have the answers. The first impressions of Twilight Princess HD were that it looked like a lazy port, with barely upgraded graphics - but that just isn't the case. As for the Gamecube and Wii versions' gameplay issues? Those have been addressed too.

So if you're in one of the three camps above and you're undecided about buying Legend of Zelda: Twilight Princess HD, here's our rundown of what's new in the Wii U version of the game.

Twilight Princess HD is a remaster rather than a remake. That means, it uses the same models as the original game. But it hasn't just been up-res'd to 1080p - the Wii U version also has new textures, which vastly improve on the Wii's blurry visuals.

Does it look as good as games made for Wii U, like the lovely Mario Kart 8? Nope. Despite being re-skinned with new textures, the original low-polygon models are still in place. But this is still a great looking Zelda game.

Gameplay has been tightened up

I mentioned earlier that Twilight Princess took me over 50 hours to finish on Wii. While some may interpret that as good value, in reality some of the game's quests were just too long.

The most famous example of this is the Tears of Light quest, an annoying fetch quest that had you scouring the vast land of Hyrule to find 16 hidden items. Thankfully, in Twilight Princess HD, you only have to find 12 Tears of Light instead of 16.

The long Poe Souls quest is also shorter, thanks a new item called the Ghost Lantern. The Ghost Lantern glows whenever a Poe Soul is near, so they're now easier to find.

Better controls with the Wii U GamePad 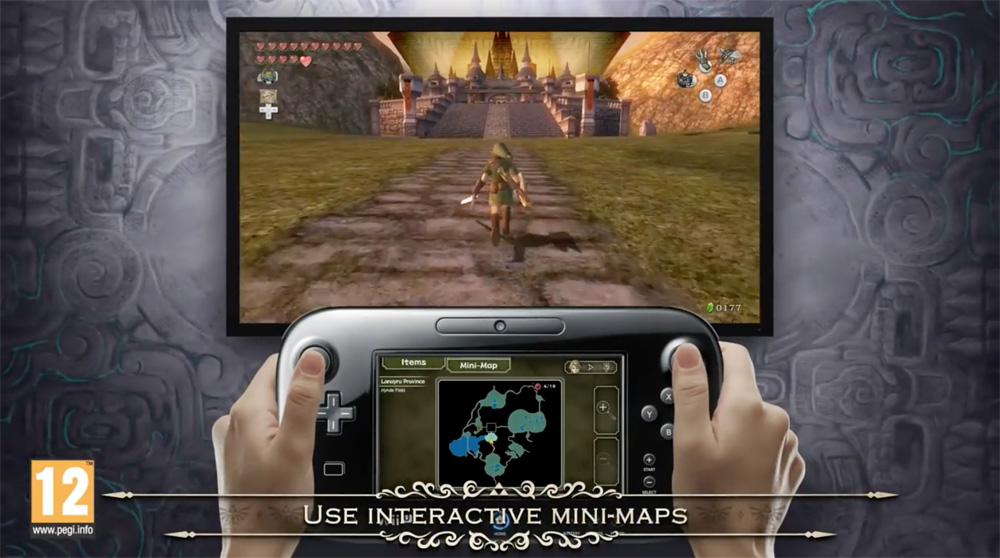 Just like Wind Waker HD, Twilight Princess HD lets you check the map on the GamePad, use the touchscreen to select weapons, and aim in first-person with the gyroscope/motion controls.

Even better than that, you can now turn into Wolf Link much more quickly and easily than in the Wii and Gamecube versions.

This bugged me in Skyward Sword more than Twilight Princess, but both games were guilty of spamming the player with "You got x-number of rupees" message. In Twilight Princess HD, you'll only see each rupee message once. Hooray!

The above improvements fix the main gripes with the original game, but there are a few other improvements too.

Check out Nintendo's own feature round-up video below:

So are you sold on Twilight Princess HD, or will you wait for the brand new Wii U Zelda game that's still scheduled to launch this year? Let your arrows fly in the comments!