What are the different PS4 models?

2 days ago by Scott Stowe
0 Comments 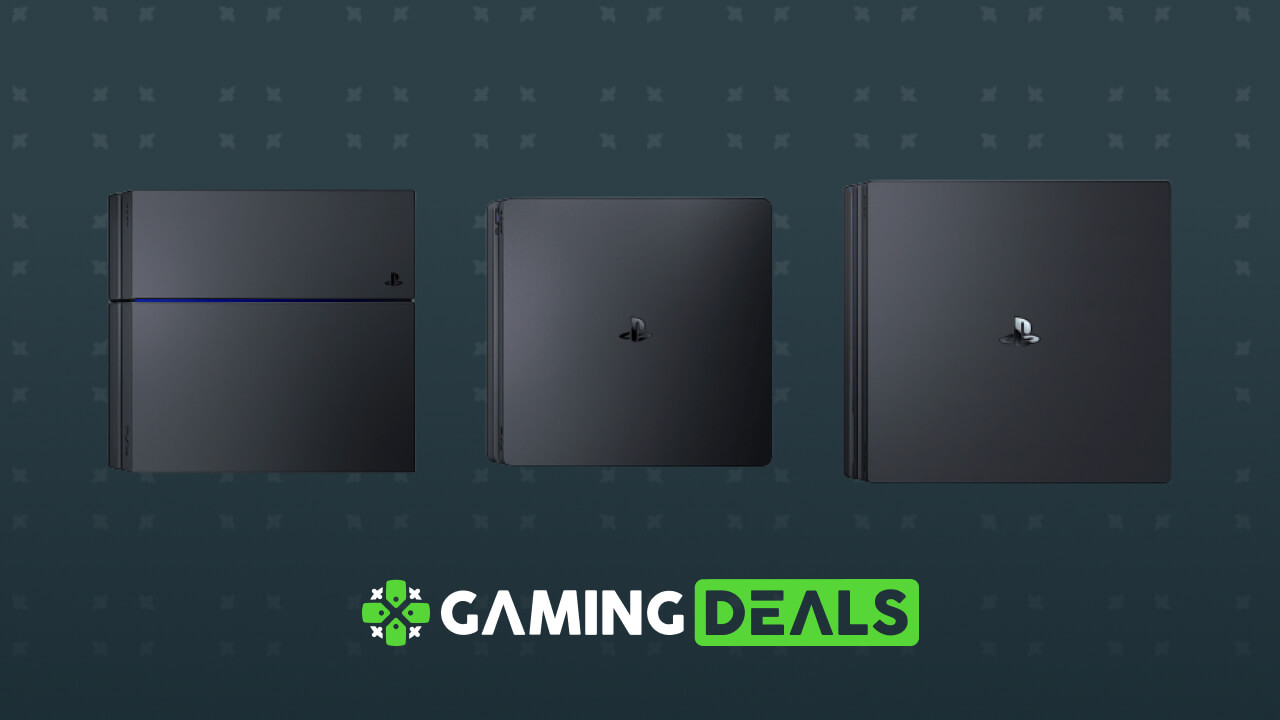 There was only one 500GB model available in 2013 when the PlayStation 4 first launched putting all purchasers on a level playing field in terms of memory capability and console potential. Seven years later, though, and now the launch PS4 model can't even be bought new anymore. Retailers now only stock either the new and improved PS4 Slim or the 4K-ready PS4 Pro model. This means that there's three different PS4 models now available worldwide. All play PS4 games, but each come with their own slight differences.

The question is: which PS4 model is the best one for you? This depends on multiple factors, such as whether your TV is 4K compatible, how much storage you think you'll need, and whether you plan on introducing PSVR to your home set-up. Whatever your requirements, it's good to stay informed so you can lay the PS4 vs PS4 Pro vs PS4 Slim debate to rest. Thats why we've put together this handy guide we'll be explaining the different PS4 models in detail.

Already know which PS4 you're after? Check out our dedicated PS4 deals page for all the best offers. Keep in mind that the PS4 is no longer being manufactured so your best bet for most of these consoles is to pick up a refurbished PS4 model. Stock on the PS5 is now beginning to be more readily available so If you're curious about the differences between the PS5 Standard and PS5 Digital Edition consoles we have a handy article covering that exact subject: PS5 Digital vs Disc Edition: What are the major differences?

Released on 10th November 2016, PS4 Pro is the newest version of the console. It's a more powerful version of the original PS4, with a faster graphics processor and support for 4K and HDR TVs. It plays all the same games as the original PS4, with improved graphics and performance in certain games that have been specifically developed to make use of this increased functionality.

While the PS4 Pro is currently the only model capable of playing compatible games in true 4K resolution, those with a standard HDTV will still likely see image improvement thanks to what's known as High Dynamic Range or HDR. This effectively boosts the vividness of the blacks and whites that sit at opposite ends of the colour spectrum, resulting in higher fidelity graphics as you play.

Even if you don't have a 4K TV or interest in HDR, the PS4 Pro is a good choice if you want higher frame rates and detail levels. It's the PS4 model most suited to players who want to experience the newest, latest and best. However, it is important to keep in mind that the PS5 is now available and is definitely a huge step up from the PS4 Pro. Making huge strides in both performance via higher resolutions and framerates whilst also offering super-fast loading thanks to its advanced SSDs. If you're looking out for stock on the elusive PS5 check out our comparison page where we track stock on both the PS5 standard and PS5 digital edition.

What's the difference between the PS4 Pro and the original PS4?

The difference between the 500gb PS4 released at launch and a 4K-ready PS4 Pro is almost night and day. The two consoles share the same PS4 game library, but the Pro features an entirely matte chassis design compared to the original PS4's glossy top and is the only way to enjoy 4K visuals on PlayStation. Read our PS4 vs PS4 Pro guide if you have the original PS4 and you're considering upgrading to the PS4 Pro.

How does the PS4 Pro differ to the PS4 Slim?

The biggest aesthetic difference between the PS4 Pro and PS4 Slim is what we'll call the lack of stack, where the Pro features a three-tier chassis and the Slim only featuring two. The Slim is a worthy replacement for the original model PS4, despite the lack of 4K visuals.

Nope, it works with any HDTV. But, if you do have a 4K TV, then some games will display in 4K and, if your TV supports it, HDR. If you don't have a 4K TV, you'll still benefit from buying a PS4 Pro as the framerates will be higher and you'll notice a higher level of detail.

How much does the PS4 Pro cost?

It originally launched for slightly higher, but these days you can generally find a PlayStation 4 Pro for around £259.99 refurbished. The console is hard to find now new due to the fact PlayStation have stopped production following the release of the PS5.

Will the PS4 Pro play my old PS4 games?

If you've been a PlayStation 4 gamer for a while, and already amassed a huge game collection, fear not - the PS4 Pro will still be able to play all of them. You'll even be tempted to dig out some of your old faves, as some games will have improved performance. Happy days!

Will there any games exclusive to PS4 Pro?

Even though the PS4 Pro offers greater performance, there&'s no exclusive PS4 Pro only games planned by Sony. Its policy is quite clear in that all PS4 games sold will be playable on any PS4 model you own.

The Pro wasn't the only new PS4 to launch in 2016. In September that year, Sony replaced the original PlayStation 4 with a smaller and cheaper version that's been unofficially named PS4 Slim. The outer design of the Slim is, however, better to maintain by design thanks to easier access to the internal fan. Because of this, the PS4 Slim's lifespan is much improved over the original. You'll get a lot more bang for your buck in the long run.

In terms of performance, the PS4 Slim spec is identical to the original PS4, available with either 500GB or 1TB of storage. Unless you're a pro gamer, the PS4 Slim will be the console most PS4 fans will opt for, given the cheaper price tag.

If you prefer to buy physical copies of your PlayStation games, the cheaper 500GB model is all you really need. However don't rule out the PS4 Slim 1TB version (further down the page), as you get twice the storage capacity you never know when you may need it without needing to pay too much more. But if you're keen to get hold of the cheapest PS4 console there is, the PS4 Slim 500GB model is the one. We've compared the leading retailers in the UK and here's today's cheapest deals for a new PS4 Slim 500GB console.

For twice the amount of storage capacity, you can pick up a PS4 Slim 1TB for about £25 more than the 500GB version. You should consider the PS4 Slim 1TB model if you plan on downloading most of your games and content.

Is the difference in gameplay quality noticeable compared to the PS4 Pro?

The major difference between the slim PS4 and PS4 Pro is the former's inability to play games at 4K resolution. Thankfully this is the kind of flourish only really made noticeable when comparing the same game side by side, and those with a HDTV and a PS4 Slim will still see some improvements in HDR. Both the Pro and the Slim sport the same neat stacked design.

Should I upgrade to the PS4 Slim?

Compared with the original PS4, the only drastic feature missing from the PS4 Slim spec is an audio out jack, which most won't find themselves needing. The main reason you'd likely consider an upgrade to the Slim is if you care about the size of the actual console. The PS4 Slim is about 1/3 smaller than he PS4 Fat. The other benefits include a more rounded case design and a new version of the DualShock 4 controller. Other than that, the specs are the same.

How much does a PS4 Slim cost?

As the slightly less powerful PS4 hardware iteration, the PS4 Slim has always remained priced at around roughly £100 less. These days as a result of production of the PS4 being stopped they're at an inflated price however, you can grab a refurbished PS4 Slim in the range of £149.99 - £199.99. It's all you need to get started with PS4 Slim.

You'd be hard-pressed to find the original PS4 still available in shops these days. This is because the PS4 Slim was designed as (and now is) a straight replacement. Those original PS4 consoles should have all but disappeared.

Should you buy an original PS4? We would have originally said yes due to the Slim's initial limited storage possibilities, but since the PS4 Slim is now available with a 1TB as well as a 500GB option there really is no reason to. The only place you're likely to find an original PS4 these days is at an outlet that sells them refurbished for a discounted price.

Should I trade-in my PS4 and upgrade to the Pro?

If you're considering upgrading from original PS4 to the Pro, you'll notice a huge difference with a 4K-ready TV when opting for the latter. For the more serious gamer, it's a no brainer. But if you need a bit more persuasion, we have an in-depth guide for gamers upgrading to the PS4 Pro.

Does PS4 Fat play the same games as PS4 Pro?

Yes, all PS4 models can play the same games, but play them on a PS4 Pro and the visuals will be improved - especially if you also have a 4K TV.

Where can I buy a cheap refurbished original PS4 console?

It's been a long time since the original PS4 was released, so finding decent conditioned original PS4's isn't an easy task. That's where we can help, as we compare gaming deals every day! Check out today's cheapest refurbished PS4 consoles from leading retailers including MusicMagpie, Argos and Ebay. Due to production being stopped on PS4 models now refurbished is most likely the best route if you are still interested in picking one of these consoles up over the new PS5.

Get the cheapest priced PS4 with Gaming Deals

Now we've given a quick summary of each PS4 console available, you're hopefully ready to take the leap and buy yourself a new console. We've been comparing prices of games consoles since 2011, so you're already on the right website if you want to pay the cheapest price possible for your awesome new PS4. Hit the button below to see every single PS4 bundle available to buy today from the UK's leading gaming retailers.