What are PlayLink games?

Need a PS4 to play PlayLink games on? Here's our pick of the best bundle out there currently: 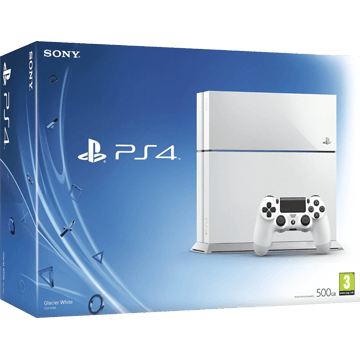 One of the most popular inclusions in PS4 bundles at the moment is a set of games that fall under the umbrella of ‘PlayLink’. Often you’ll find a PlayLink game packaged in with one or two AAA titles in a bundle as a little added extra that means you’re getting even more bang for your buck.

There are three main PlayLink games around at the moment - Knowledge is Power, That’s You and Hidden Agenda. All PlayLink games make use of your smartphone or tablet, connecting them to your PS4 and using them as peripherals in the place of classic controllers. This is great, as it means you can get friends (even those not typically interested in gaming) without having to endure the significant outlay of buying more controllers.

The three most popular games offer different play styles, so which bundle is the one for you may well depend on which game is to your tastes.

A quiz more in the mould of Mr & Mrs than general knowledge, That’s You! Has over 1,000 questions. The difference? Rather than needing to draw on knowledge of different subjects, the focus is on your fellow players. The player with the best knowledge of his or her fellow contestants stands the best chance of winning.

Take on your friends and family in the ultimate general knowledge trivia battle in Knowledge is Power. Rewarding knowledge and speed, the game is fantastic for all age groups and can be played by between 2 and 6 players at a time.

Get together with up to 6 friends and guide yourselves through a dramatic cinematic gaming experience, where you’re in charge of making the key decisions. However, just because you’re all sat together in the same room, doesn’t necessarily mean that you’re all on the same team!

Four other PlayLink games - SingStar Celebration, Frantics, Planet of the Apes: Last Frontier and Erica - are also either available or coming soon, but the three listed above are the ones most readily available in PS4 bundles currently.