Microsoft have consistently produced some fantastic-looking controllers for the Xbox One. Not only is the controller itself considered one of the best ever, but the range of designs and colour options has meant there's been a huge range of options for everyone.

The first isn't technically new. The Armed Forces Special Edition first came out about three years ago, and Microsoft have decided to being production on the green camo controller due to the demand they've seen for the design. 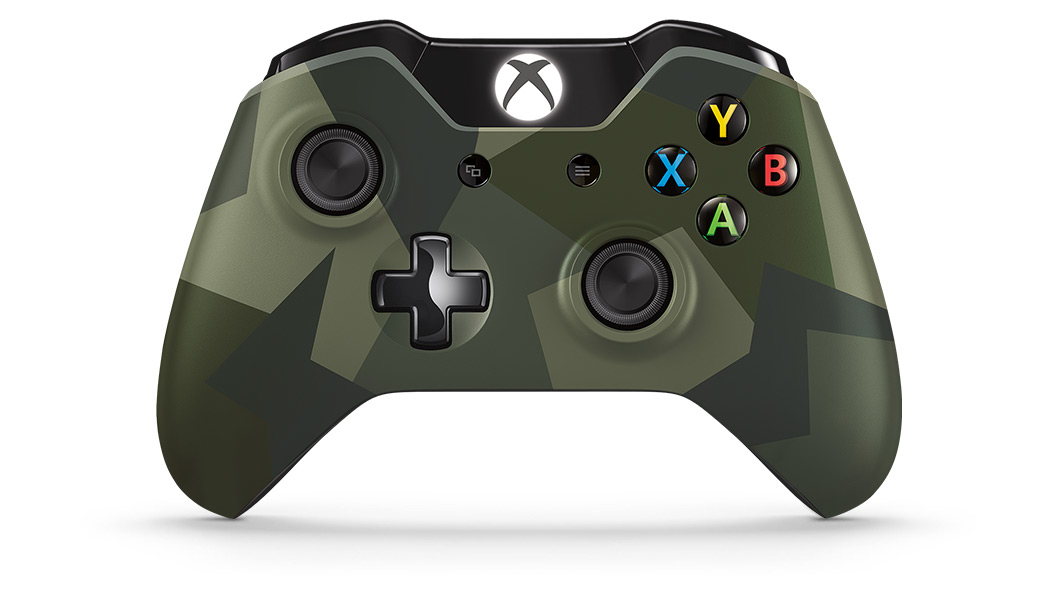 The camouflage design is clearly military themed, but doesn't abandon the Xbox aesthetic entirely, with the use of geometric shapes to make up the colour palette a nod to the style of the Xbox.

The second design is the first in a new 'Sport' range of controllers. Microsoft have released several series of similarly themed controllers since the One has launched, and if this first Sport pad is anything to go by, then this could be the best range yet.

A predominantly white design, the Sport White features geometric triangles on the handles, all-white face buttons and a mint green/blue back. Where it differs from many other controllers, however, is the inclusion of the rubberised diamond grip on the back of the handles. A nice touch that goes with the name - we expect that future Sport controllers will have the same feature.

You can find great deals on both controllers by clicking here.