Do the Nintendo Joy-Cons provided do a decent enough job (especially when clicked into the accompanying grip) to get you started? Sure, but you can’t quite beat the feeling of laying back on the couch with a comfortable gamepad in your hands. That’s why Nintendo’s official “Pro” option is many people’s go-to choice.

However, if you don’t want to break the bank, there are plenty of Nintendo Switch Pro Controller alternatives to choose from.

Half the battle with Nintendo Switch Pro Controller alternatives is knowing where to start. After all, there are so many third-party game accessory manufacturers out there. Thankfully, we at Gaming Deals are here to help you cut through the noise. From PDP to PowerA, let’s breakdown what every third-party pro controller option offers you, and where you can pick them up.

PowerA is about as reliable a game accessories manufacturer as they come, so it shouldn’t be a surprise to see them also offer solid Nintendo Switch Pro Controller alternatives. Their most popular gamepad option is known as the PowerA Enhanced Wired controller, which feels just as great to hold and use as Nintendo’s own “Pro” controller, for the most part, providing you don’t mind it being wired.

That said, the wire is long enough that it shouldn’t be that much of an inconvenience. And while the Nintendo Switch Pro Controller typically costs £59.99 RRP, this alternative often costs less than half of that – depending what aesthetic option you pick.

Speaking of which, the PowerA Enhanced Wired controller’s biggest edge is the vast array of colours and character designs available. Popular designs include the likes of Pikachu, Animal Crossing, and even some non-Nintendo exclusive characters like Crash Bandicoot. If you want to show your gaming passion and play comfortably at the same time, the PowerA Enhanced Wired controller is an ideal Nintendo Switch Pro Controller alternative.

Another strong contender for the best Nintendo Switch Pro Controller alternative comes from PDP, and is known as the PDP Faceoff Deluxe+ Audio Wired Controller. It may sound like a mouthful, but in actual fact all that means is that as well as mimicking the Pro’s ergonomic shape it also features a 3.5mm built-in headphone jack. That means it’s extremely simple to play Nintendo games on the big screen and instantly become immersed. In-game chat and USB-chat is even easily adjusted using the D-pad.

The PDP Faceoff Deluxe+ Audio Wired Controller also has a touch of eSports about it, featuring dual paddles on the back that are easily mappable to any button’s function. That means if you're a competitive player in, say Splatoon 2 or Mario Kart 8 Deluxe, it could give you a slight edge over the competition. Couple this with the ability to swap out different coloured faceplates and you may have another wired gamepad alternative, but the Faceoff Deluxe+ really is a truly flexible one. 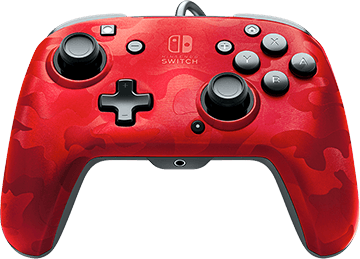 Hori is a brand that’s been around for quite a while, most recently picking up some steam for its Joy-Con alternative “Split-Pad” controllers that mimic the feel of a pro controller in the Switch’s handheld mode. That’s why it should come as no surprise to learn that Hori also offer plenty of the best Nintendo Switch Pro Controller alternatives, chief amongst them being the simply named HoriPad.

Again officially licensed by Nintendo, the HoriPad is a smaller, sleeker pro solution. Why? It offers fast-action trigger shoulder buttons, a detachable D-pad and turbo settings.

All this the HoriPad packs in at a much lower cost than the official Nintendo Switch Pro controller. It’s able to do this by simply doing away with wireless functionality. That said, the wired connection clocks in at a more than generous 3m length, offering a more lightweight feel than what you might find elsewhere. Provided you don’t mind it being wired, along with the absence of motion control and vibration, and the Horipad is a great Nintendo Switch Pro Controller alternative. 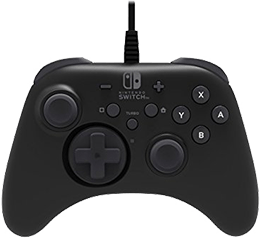 Available in colours such as White Camo and Deep Red, the WX-4 Wireless Controller from Gioteck is a more affordable Nintendo Switch Pro Controller alternative that maintains the wireless functionality. Admittedly, it opts for a much different ergonomic shape than what the Pro Controller touts, but it’s a solid wireless option that connects to your Switch via Bluetooth. Other appreciated features included non-slip thumb sticks, quick-fire triggers and a precision D-pad.

The only real drawback to the Gioteck WX-4 Wireless Controller is that it feels almost too lightweight in the hand, but that could be a benefit for players who struggle with the Pro controller’s typical heft. Price-wise it is much cheaper than the official Nintendo Switch option, readily being listed for around £30. That’s why, if you’re looking for a wireless gamepad solution on Nintendo Switch that doesn’t empty your pockets too much, the WX-4 Wireless Controller is just the ticket. 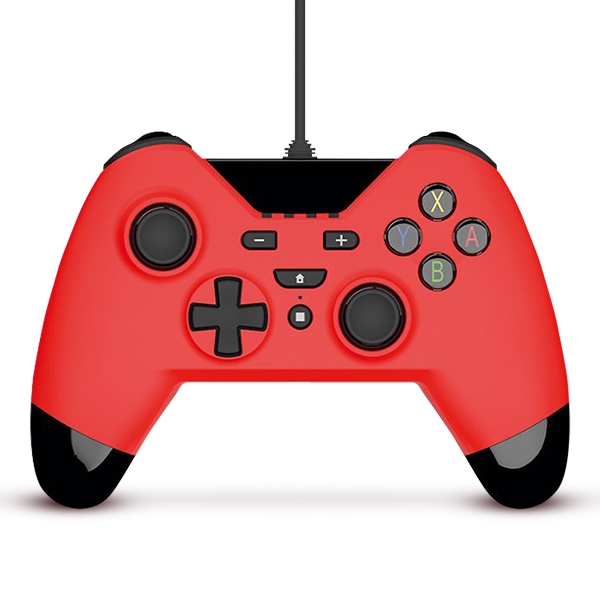 As you can tell, us players are spoilt for choice when it comes to the number of Nintendo Switch Pro Controller alternatives out there. That’s why, if you don’t feel like paying full whack for the official offering and want to save a few pennies, we’d recommend any of the gamepads discussed.