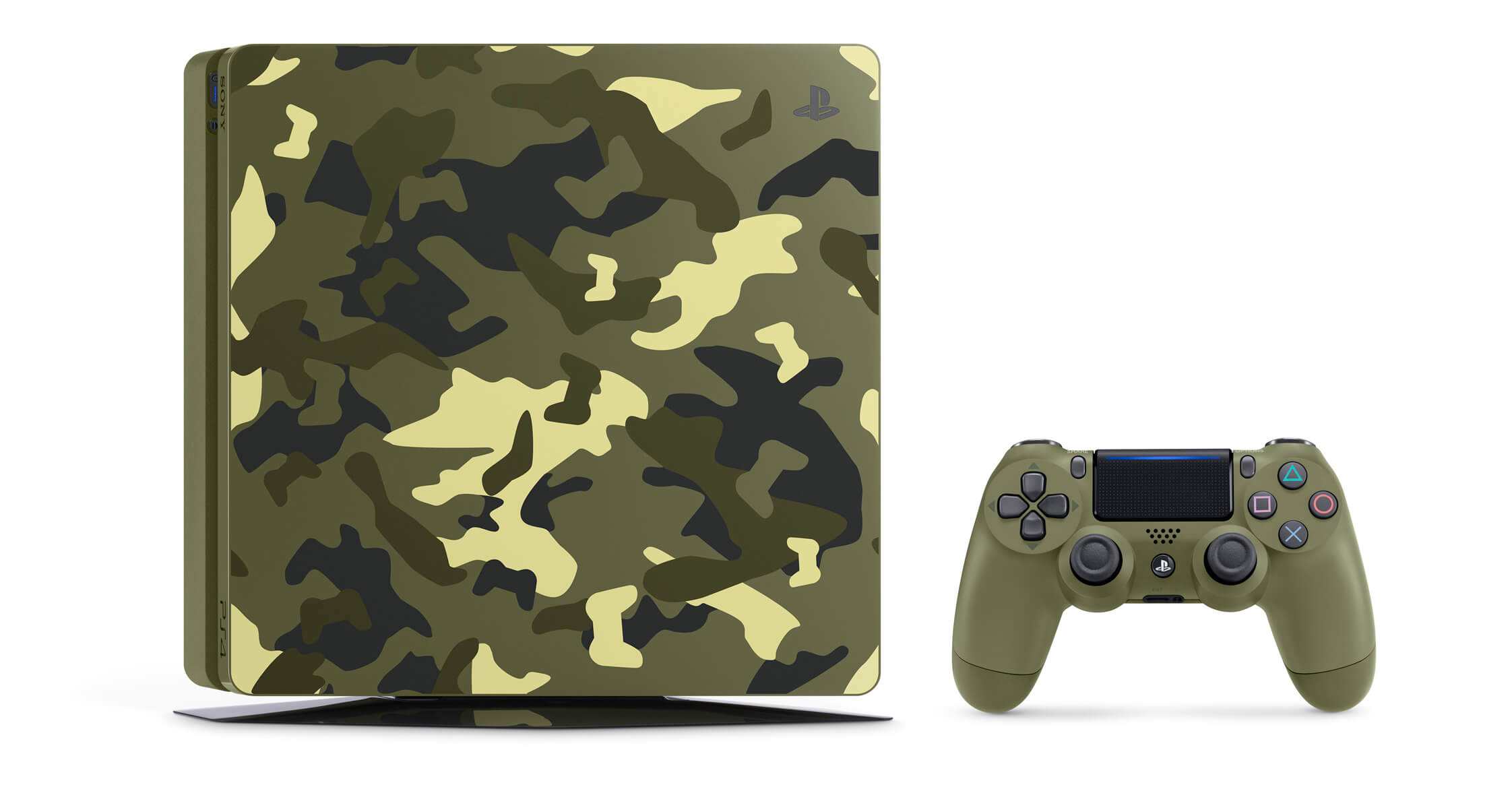 It seems like we're covering a new special edition of a console being released every day at the moment, and today it's Sony's turn. Having had much success with last year's Call of Duty bundles, they've doubled down this year, announcing not one, not two but three new hard PS4 bundles to coincide with the release of Call of Duty: WWII on November 3rd.

However, unlike last year, this year's bundle will feature a customised console rather than just the game packed in with a standard black version. 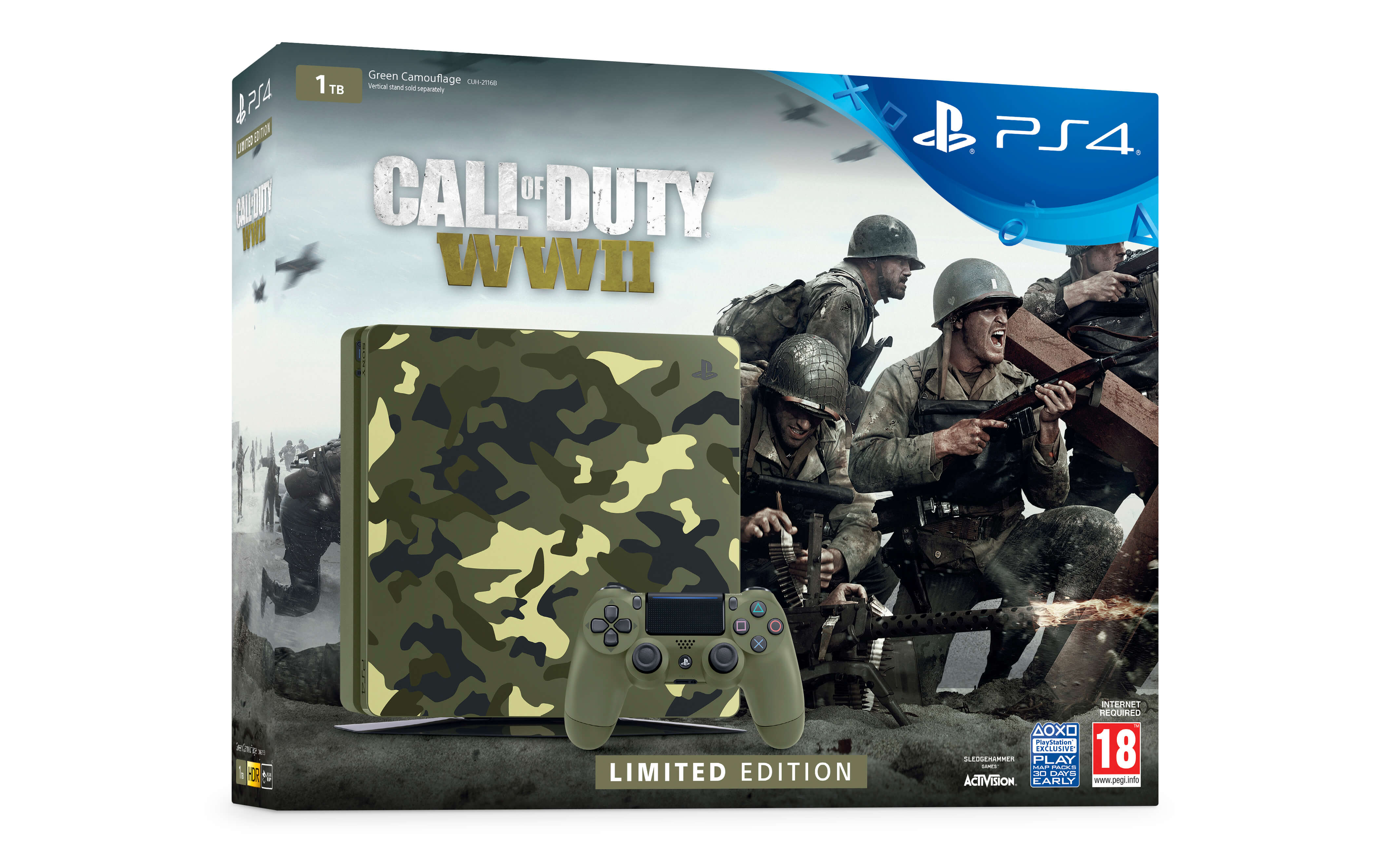 The bundle comes with a 1TB Slim console in a shade of military green, with a camouflage decal on the top of the console. The controller also comes in the green, without the pattern. The bundle is certainly eye-catching, and is the ideal console for those who pride themselves on their CoD abilities.

As well as the console and controller, the bundle comes with the game, 30 days early access to the DLC map packs (giving you a crucial edge over competitors online), the Divisions Pack, the Nazi Zombies Pack and a Weapon Unlock Token.

And if you were holding out for a CoD: WWII bundle but the camouflage console isn't to your tastes, then Sony have good news for you too.

They'll also be launching two more hard bundles with the game, added content and a standard black PS4 console. The first version comes with a 1TB Slim PS4, while the second comes with a 1TB PS4 Pro, which is perfect for getting the very most out of Call of Duty and plenty of games beyond.

There's been no word on price yet, with Sony likely waiting to see how the next two months play out in the market before committing themselves to a fixed price point.