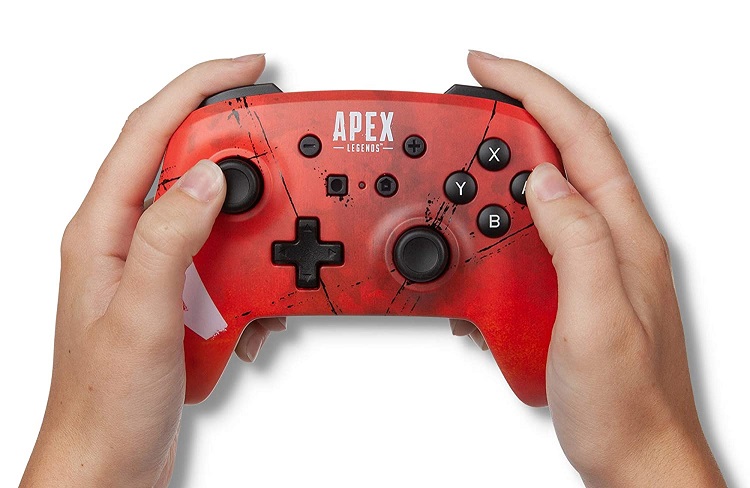 Looking for a less costly alternative to the standard Nintendo Switch Pro controller? PowerA is a third-party accessories manufacturer that offers more than enough options. This year alone, we’ve taken a look at the Fusion Pro and the Enhanced Nano, so we thought we’d complete the set by putting the PowerA Nintendo Switch Enhanced Wireless Controller through its paces. By all accounts this is the “vanilla” option, as it were, not designed to innovate in any specific area, but rather serve as a good all-rounder for any Switch gamer wanting a reliable gamepad solution.

So does the PowerA Nintendo Switch Enhanced Wireless Controller succeed? Well, it may be called “enhanced”, but compared to some of the other gamepads we’ve recently reviewed it’s a little underwhelming. That’s not to say that it fails as a third-party option, just that the enhanced wireless controller lacks a little pizzazz by trying to be all things to all players. Here’s a closer look at what to expect…

Aesthetic is one of the Enhanced Wireless Controller’s most flexible aspects, in that PowerA offer up the design in a suite of different styles and brand tie-in themes. The one we were sent was launched to commemorate the release of Apex Legends on Nintendo Switch (finally), and overall it does an excellent job at feeling like it’s part of that world. Being coated in the game’s trademark battered red tone does a lot of the heavy lifting, and the ‘Apex Legends’ logo sitting dead centre doesn’t detract from the bold appearance. Obviously, your personal mileage may vary depending on which Enhanced Wireless Controller design you select, but there’s at least a lot of choice.

In terms of the gamepad’s layout, it doesn’t take a lot of risks. Instead it sticks to the established shape and ergonomic design found in the official Nintendo Switch Pro controller. That’s great for those who enjoy using the first-party option and want pass on these qualities over to player two, or just want a spare, familiar-looking controller for themselves. PowerA have definitely gone for the “if it ain’t broke, don’t fix it” approach with the enhanced wireless controller, keeping the analogue sticks off set and implementing a reliable D-pad.

Setting up the PowerA Enhanced Wireless Controller is as simple as straightforward as any other third-party gamepad solution on Nintendo Switch. Not once did the console struggle to connect to the controller, going so far as to even being able to turn it on with just a tap of the home button. As already mentioned in the area, the product doesn’t really want to excel in any specific area, but one major bonus is the two remappable buttons location on its back grips, which work flawlessly to provide players with an adaptable play experience. 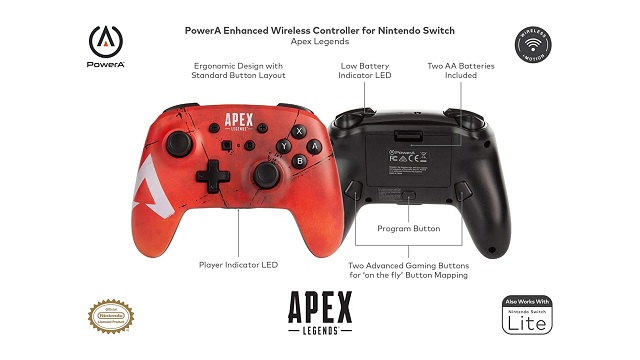 Both of these ‘Advanced Gaming Buttons’ – as PowerA calls them – require a good squeeze to pull, meaning there’s never any danger of activating them accidentally. After all, the last thing you want to do in Apex Legends is reload instead of shoot during the heat of a match. All the other buttons provide a good sense of feedback, even if the plastic materials used here do feel slightly cheaper than Nintendo’s own Pro controller. That’s to be expected, though, and isn’t in any way a dealbreaker.

Despite being a third-party accessory, the PowerA Enhanced Wireless Controller has been officially licenced by Nintendo, retaining gyroscopic control functionality in games that offer it. The major way it differs, however, is that it’s a wireless controller that runs of batteries. It’s still a major point of debate in gaming circles as to whether this is a more convenient than having gamepads charge through an internal power pack. Either way, the controller will net you a solid 30 hours of play time using two AA batteries from a decent brand, and in our experience the Bluetooth 5.0 connection was never interrupted.

Because the Enhanced Wireless Controller essentially copies the homework of Nintendo’s Pro controller, it should come as no surprise to learn that PowerA’s offering is also extremely comfortable to use. We’ve already mentioned this in the context of how the two back buttons function, but also aiding the gamepad’s inherent ergonomics is the smooth plastic finish (both front and back) and also how lightweight the controller is. 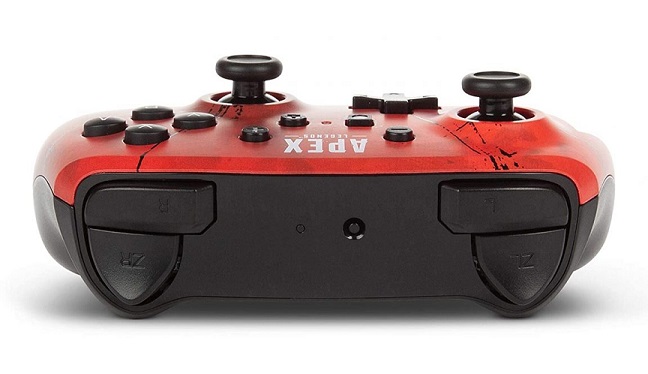 It’s hard to imagine anyone’s hands aching over a long period of time thanks to this one feature alone. However, for as great as it is, the Enhanced Wireless Controller leaves a lot to be desired in terms of other comfort aspects. No rubberised grips, no anti-friction rings around the thumb sticks, and no non-slip faceplates. It’s hard to be upset about any of this, though, when you consider that this is a gamepad that performs flawlessly and is available in a range of attractive designs.

The good thing about the Enhanced Wireless Controller being non-specific is that the price is kept more than reasonable. For a fully wireless controller, with two remappable buttons and gyroscopic functionality it’ll cost you roughly £39.99. That’s quite enticing when compared to the official Nintendo Switch Pro Controller’s £59.99 RRP – and that doesn’t even feature two additional buttons on the back. You’ll need to make up your own mind whether keeping your controllers charged via AA batteries or traditional USB-C is of more value to you.

The PowerA Nintendo Switch Enhanced Wireless Controller won't change the world, but it's a good alternative to Nintendo's official gamepad solution for those wanting to save money without losing the freedom of wireless play. The staggering number of styles available is one of the best propositions, ideal for anyone looking to express their passion for a particular Nintendo Switch game through play. 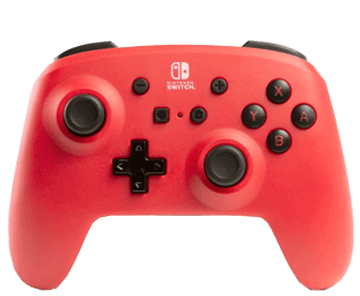