Purple Xbox One S leaks ahead of E3, part of an upcoming Fortnite Bundle 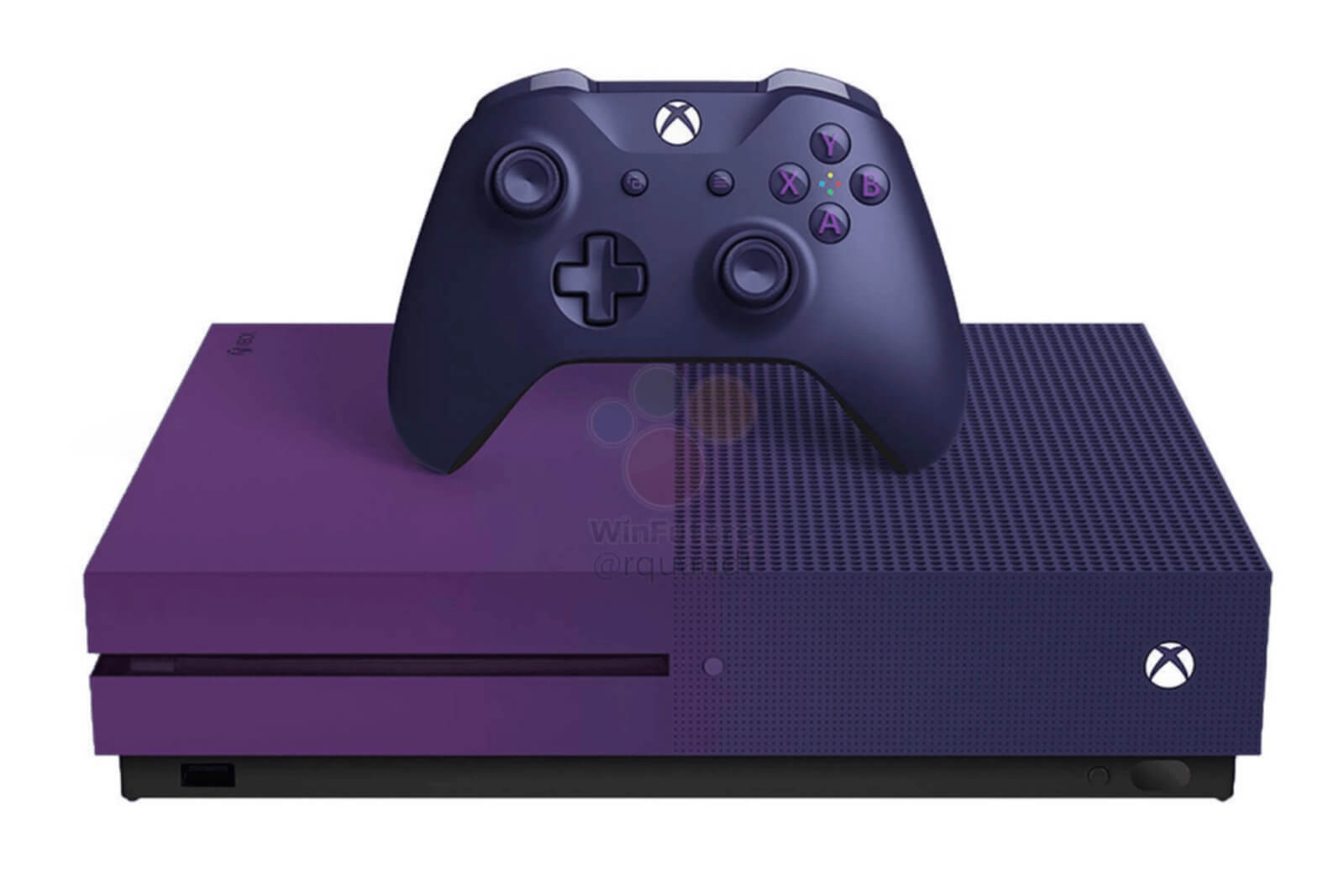 Update: Microsoft have confirmed the bundle will be available from Friday, June 7th, and will cost just £199.99 for a limited time.

If you’ve often loaded a disc into your Xbox One S and wished it was more purple, well then chin up, because the gaming gods decided to smile upon you today. This is because a new Dark Purple Xbox One S console model has leaked a few weeks ahead of its presumed E3 reveal, seemingly inspired by a new skin coming to Fornite known as ‘Dark Vertex’. Maybe ‘Dark Aubergine’ was already taken…

Officially dubbed the ‘Xbox One S Fortnite Limited Edition’ bundle, as revealed in the leaked listing as found on German retailer WinFuture, the console packs in a 1TB hard drive and a few other digital goodies. Chief amongst them is this new ‘Dark Vertex’ character skin, but in addition to this bundle purchasers will receive 2,000 V-Bucks, a free month of Xbox Live, EA Access, and Xbox Game Pass. 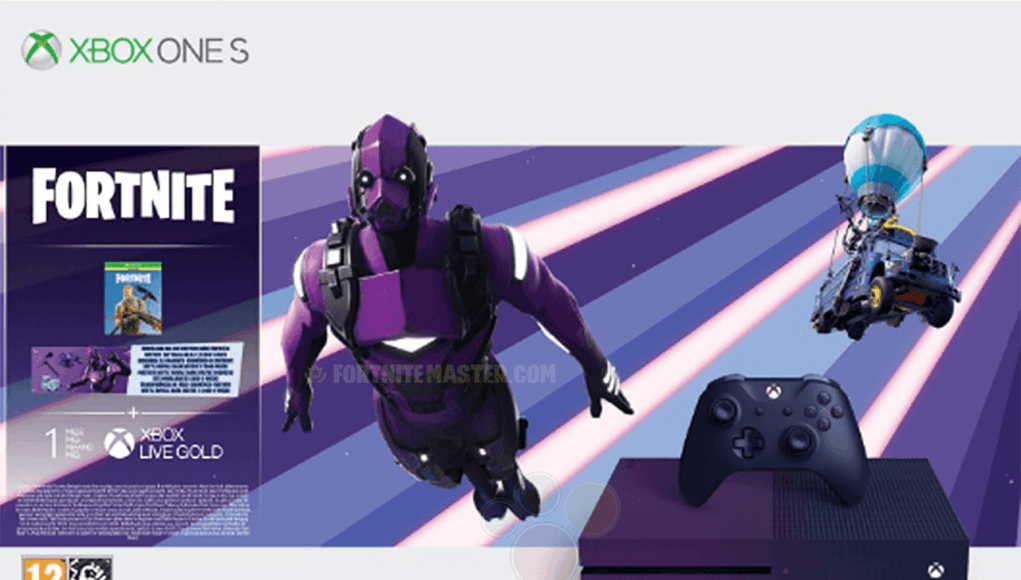 The purple Xbox One S console itself retains the notable gloss and sheen seen in the Xbox One’s original Black model SKUs, with the right side’s tone of purple gradually becoming much deeper. The latter is the same shade of purple splashed on the included Xbox One controller. At the time of writing, there’s still no word whether the ‘Dark Vertex’ content will make its way to other console platforms as seen with 2018’s Deep Freeze Fortnite bundle.

So, whether you’re looking for a good excuse to upgrade to a cool-looking Xbox One S or simply must have this exclusive purple-themed content, the ‘Xbox One S Fortnite Limited Edition’ bundle has everything you need and more. Here’s hoping E3 or another upcoming event will give us more information like a price and release date.