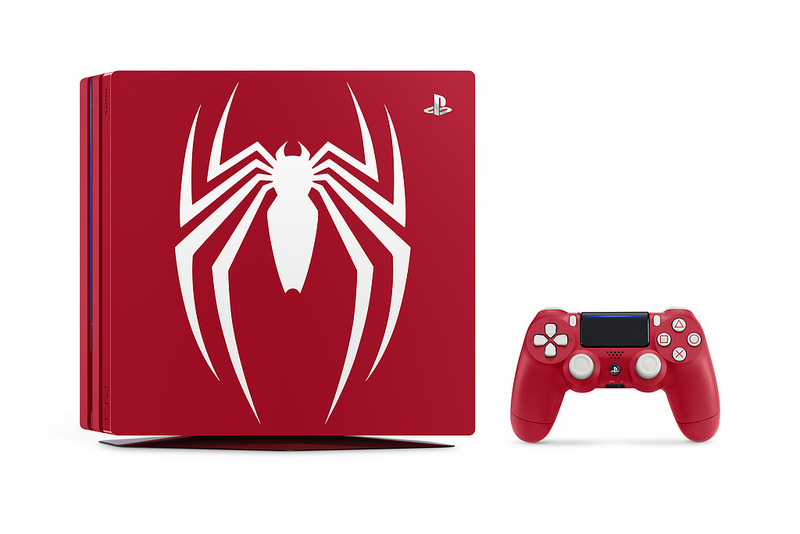 With no new hardware coming in 2018, the holiday season - traditionally the big console-buying time of the year - could well prove to be the battle of the bundles. Microsoft, Sony and Nintendo will all be looking to incentivise purchases of their respective consoles by advertising them alongside games, exclusive or not.

We know we're getting some advanced noticed on what Xbox bundles we can expect at Gamescom in August. We can also be reasonably confident of seeing a Smash Bros-themed Switch bundle, as well as possibly a Pokémon one.

We assume we'll get a bunch of FIFA 19-themed PS4 bundles as we did last year with FIFA 18, but Sony have sounded the starter pistol on their big Q4 bundles with the announcement of a special edition PS4 Pro that ties in with the new Spider-Man game. The red Pro comes with a gloss finish (unlike the usual matte), a large white Spider-Man decal and a matching controller (which has been confirmed as being unavailable separately).

Initial reactions are the design trumps a lot of the previous PS4 special editions, which have been criticised for being unimaginative. That said, there's still a couple of odd design choices. The all-red design is certainly bold, but it could easily have incorporated some of the blue or even the webbed design that is so synonymous with the web-slinging hero. The gloss finish will act as a magnet for fingerprints, which could be an irritant for some. All of the promotional materials show the console in a vertical orientation, which is a good thing, as using the console lying down (as most will) will mean the large logo is actually sideways.

You can already pre-order this Pro by clicking here.

That's not the end of the Spider-man-related news, however. In addition to the special edition, we're getting another three bundles to tie-in with the game:

Essentially, if you're looking to buy a PS4 for Spider-Man, Sony have you covered from all angles. All bundles will launch the same day as the game, September 7th.