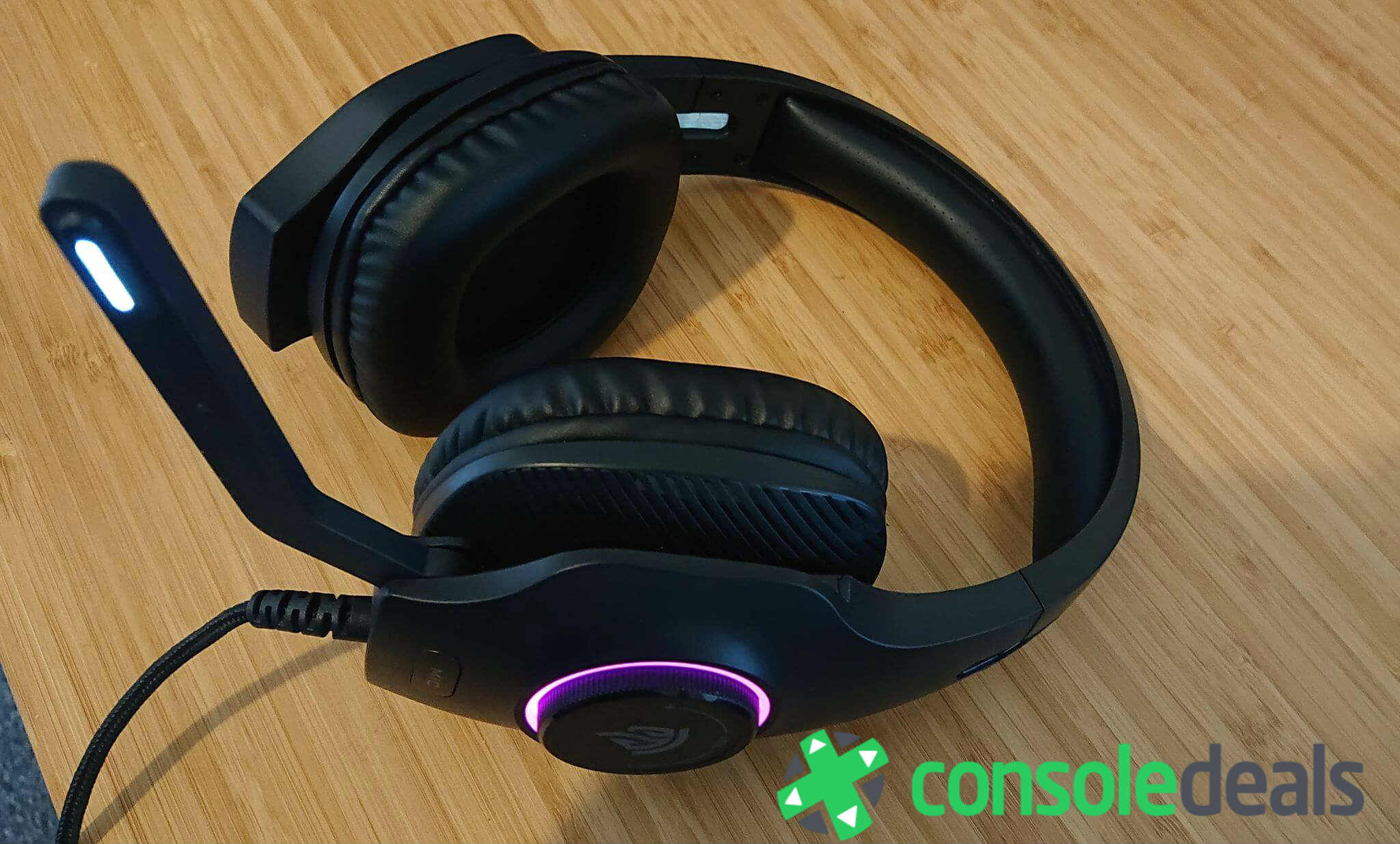 Grabbing a good set of gaming headphones is an absolute must for players seeking the ultimate immersion. Unfortunately, the gaming accessories market is awash with competing headsets all claiming to be the best, when really all you need is a solution that remains comfortable to wear and delivers great sound quality. EasySMX’s VIP002S headset excels very well on both of these fronts, being a great all-rounder solution whether you play on PC, PS4, Switch or Xbox One.

EasySMX’s entire mandate is to offer players “quality products at an affordable price”. It seems like an obvious claim, and one that most manufacturers should adhere to, but taking the VIP002S headset out of the box it’s immediately made clear that this is much more than an empty statement. From a style perspective the headset doesn’t disappoint, boasting an incredibly sleek matt black chassis that’s further complimented a retractable headband and swivel mic that can neatly be flipped up and safely stored in the left earcup. 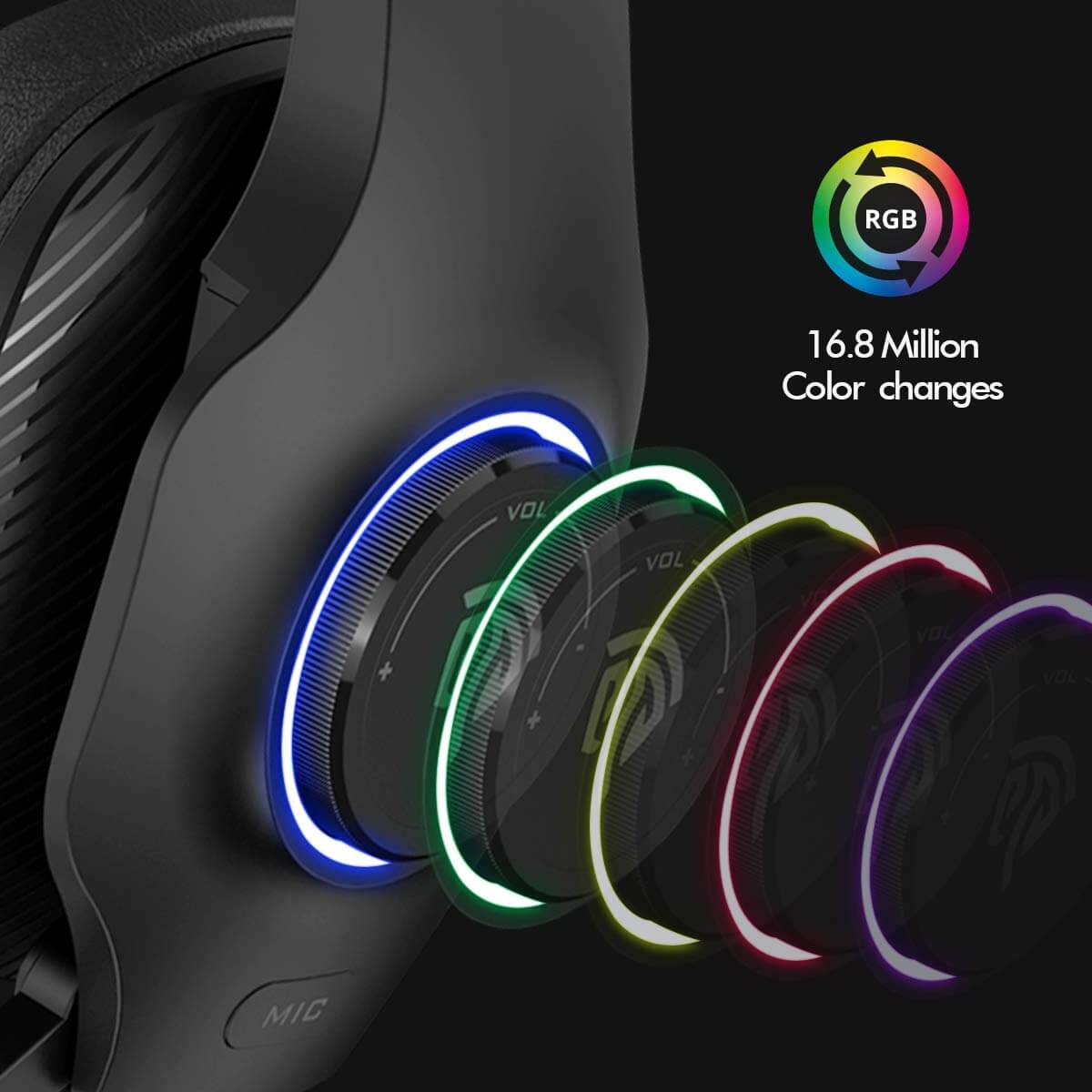 The VIP002S headset very much opts for a ‘less is more’ approach overall in its design, forgoing the garish patterns and decoration you might see from other gaming headphone manufacturers. This results in a look that’s understated but still stylish. There is RGB lighting included on both earcups for those that want it, with a dial on the right side letting you adjust and scroll through a range of different colour tones. It’s a nice addition that never makes or breaks the look of VIP002S’s general subtlety. And if RGB isn’t for you, rotating the dial completely one way will fade it out.

For most people, comfort is the most important factor when it comes to purchasing a gaming headset for their set-up. Thankfully, the EasySMX VIP002S headset manages to pass with flying colours in this area, too. The top headband is soft and reliably rests comfortably on the head, while both earcups naturally sit around your ears without any fear of irritation. Many times while using it did we start to forget we were even wearing it. That’s how lightweight the VIP002S is despite its solid constriction.

Other than these two aspects there isn’t a lot to say. The VIP002S is wired, which may be a turn off for many, but the 2.5m cable is a generous enough length that it never really became an issue. Whenever playing on PS4, Xbox One or PC, sitting in a comfortable position for hours on end was no problem. The same, however, can’t really be said when it comes to the Nintendo Switch unless you’re playing in docked mode. 2.5 metres is simply too long a length when wanting to play it handheld – you could almost wrap the cord around you twice over, in this instance!

Performance-wise the VIP002S has all the bells and whistles you’d expect, albeit with a few appreciated extras. The most notable of these is the inclusion of Virtual 7.1 Surround Sound, a luxury that you’d think would be the norm in all gaming headsets but still somehow isn’t. Anyway, the VIP002S makes great use of it, successfully relaying such area-based noises like the zombie moans from Resident Evil 2, the engine revs of Forza and chip-tune soundtrack of Moonlighter. Low notes have an effective bassy punch, while high-pitched tones never annoy even at full volume. 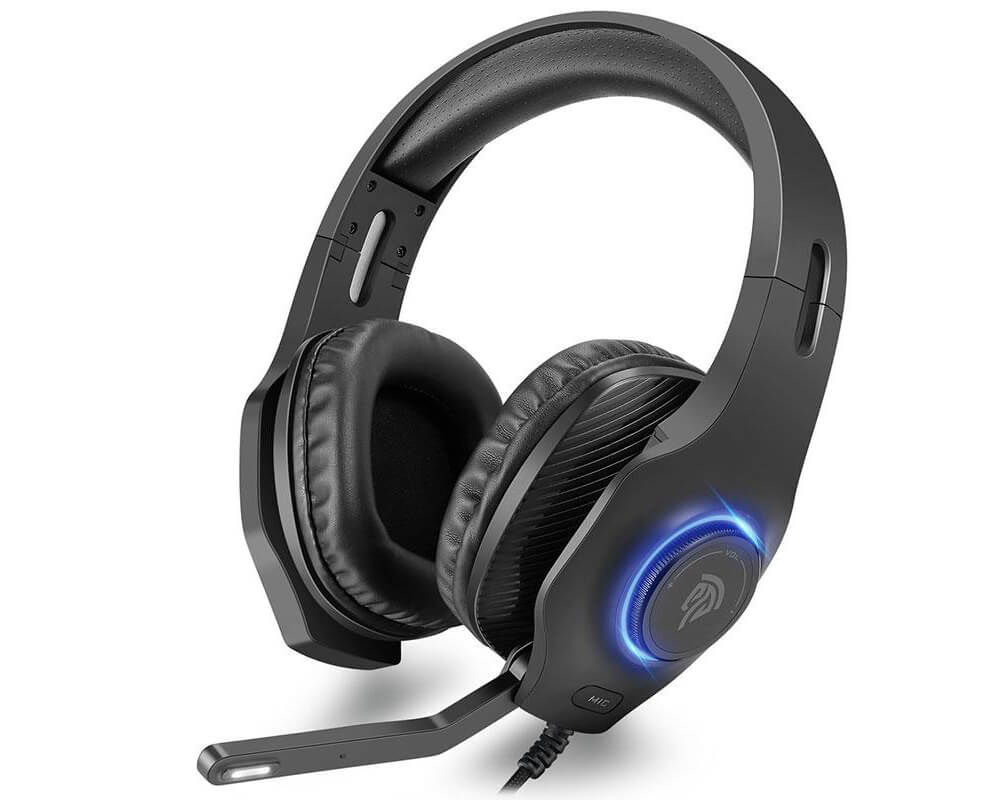 Of course, another huge aspect of headset performance also comes down to the mic. The VIP002S’s is omnidirectional and operates on a swivel, but we’re pleased to report that using it for communication in both competitive and co-op play is a breeze and always came through crystal clear. Borderlands 3 is one of the biggest multiplayer games currently where playing in a party is encouraged. As such, this was our main testbed for putting the VIP002S’s mic through its paces, and never once did anyone in our party chat struggle to discern what was being said during heated gunfights or intense boss battles.

Despite featuring such luxuries as pared-back RGB lighting and full Virtual 7.1 Surround Sound, the VIP002S headset won’t break the bank. In fact, we’re still shocked by how affordable it is for the level of comfort and performance it offers. The headset currently retails for around £32 with free UK delivery, more than proving EasySMX’s sentiment to offer premium products at a budget price to be true. The VIP002S might not sit at the very highest end of the quality spectrum, but it does compete in the same league and at this price should definitely earn your consideration.

Overall, the VIP002S headset by EasySMX left us extremely impressed with what it can achieve. Despite not offering wireless support or an exuberant style, it was always incredibly comfortable to wear and never failed to immerse us in any of the games we played with it on. Packing in Virtual 7.1 Surround Sound at such an affordable price point is a really big win, backed up further by an easy-to-use microphone, sleek design and absolute comfort.