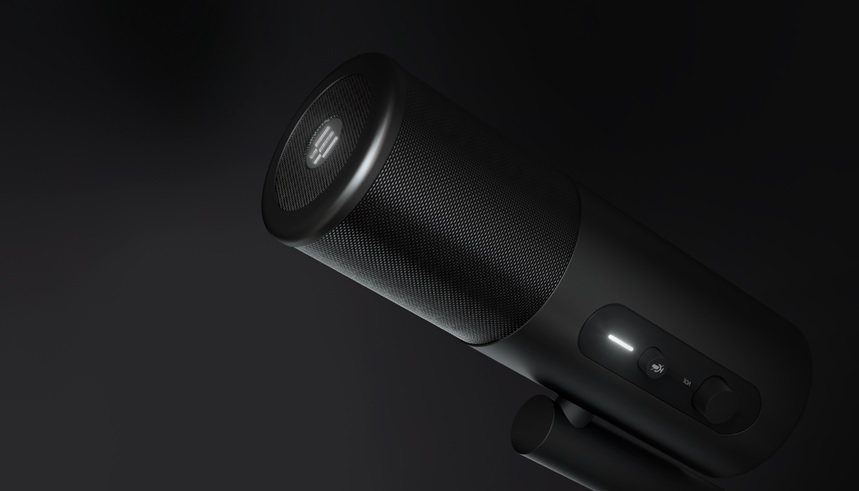 You can’t look anywhere on the internet these days without stumbling on a personal friend or acquaintance announcing that they’re “going to start streaming”. Broadcasting your play sessions and showcasing top gameplay moments in real time is simply becoming more alluring. Usually, though, plans are halted when the high price of tech becomes a barrier. That’s why USB microphones aiming to offer crystal-clear clarity are incredibly popular now, acting as an all-in-one plug-in-and-play solution that can get any would-be Twitch star set up quickly.

The newly released B20 Streaming Microphone from EPOS is hoping to neatly slot into this category, being a cost-effective solution that allows you to edit audio output on the mic itself (as well as in EPOS’ own software later). Does it deliver on this promise? You bet. And providing you’re okay with a slight lack in flexibility, the B20 Streaming Microphone offers a lot of benefits to the average Twitch streamer or those just starting out.

The first thing to mention is just how incredibly sleek-looking the B20 Microphone actually is. Whereas other USB mic options like the Blue Snowball looks like something from outer space, here EPOS has engineered a classy, cylindrical design that won’t feel out of place on anyone’s desk. What’s more, the metal stand is also built into the microphone itself, making it easy for you to instantly get started without having to invest in other accessories or attachments. 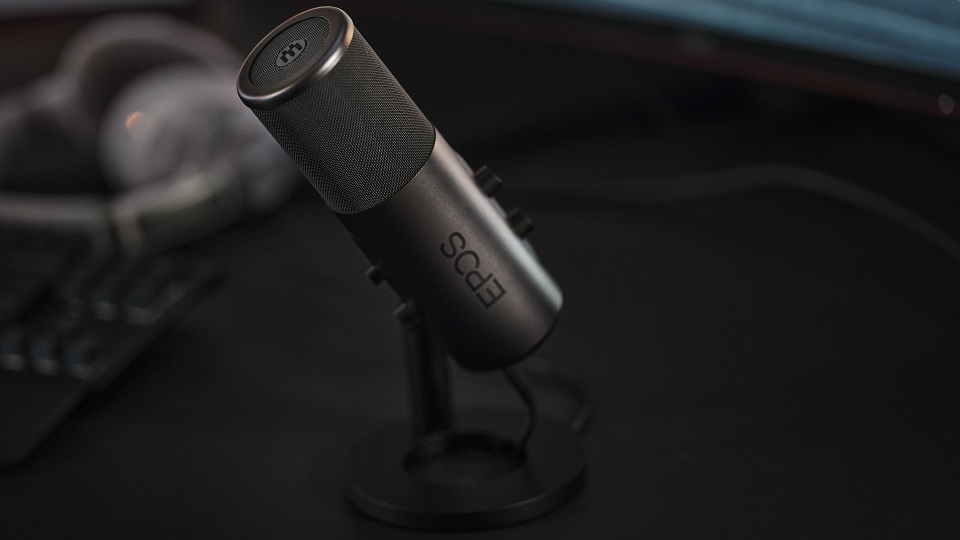 All of the B20’s different features like Mute, Volume and Pickup patterns are also easily accessed on the microphone itself, removing the need for a separate audio interface. While you might think that squeezing so much into such a smart package would be cumbersome, it’s all been designed so that streamers can adjust gain and pickup levels on the go. My only real gripe with the mic’s built-in functions is that the gain knob doesn’t have a definitive start and finish, which can make knowing if you’re raising or lowering it a bit of a gamble.

The B20 seeks to deliver studio quality sound on a budget, and in this realm it largely succeeds. This I know because it’s easy for you to monitor audio in real time, thanks to a dedicated 3.5mm jack in the bottom of the microphone that allows you to plug in a wired headset. It’s proper Radio DJ type stuff! And even without a pop filter “P” sounds never came over as too harsh in any of our tests, providing that you sit around a foot away from the mic. This shouldn’t be a problem for most people, though, and means that any user can be well underway and sounding great on Twitch in less than 20 minutes.

Don’t be worried if the B20 isn’t quite sounding clear as crystal when you first plug it in. Chances are you haven’t got the ideal pickup pattern set on the microphone itself. Four are included in total: stereo, omnidirectional, bidirectional and cardoid. The latter option will be your best friend if it’s just you podcasting or streaming alone in a confined space. However, groups who wish to record more than one person’s audio in a space can experiment with the three others. Omnidirectional, for instance, worked pretty well when recording a song on acoustic guitar, despite this scenario not being marketed as the B20’s main intention. 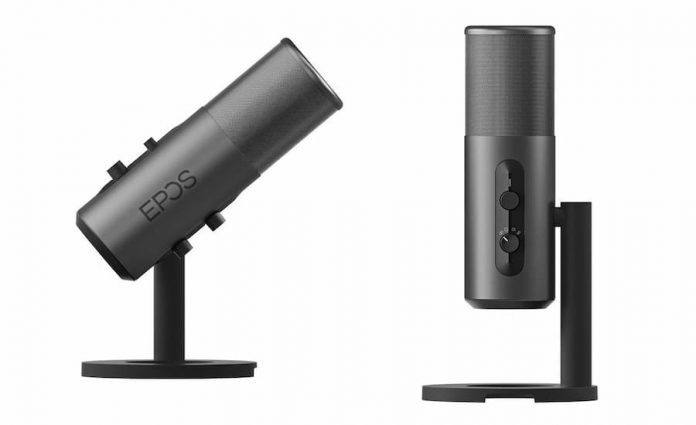 Finally, it’s worth mentioning that when picking up the B20 Streaming Microphone, you also gain access to the EPOS Gaming Suite software. It’s in here that you supposedly can adjust equalisation levels, adjust gain even more so, as well as other edits. We say supposedly because we had some trouble getting the software to work. But having said that, the B20 is recognised easily and instantly by our preferred choice of audio editing software: Audacity. Should you fail to get the software to open like we did, rest easy knowing that the integrated audio functions on the mic still offer good flexibility.

The B20 Streaming Microphone from EPOS is a solid choice for any budding Twitch streamer hoping to soon make waves on the internet. The sound quality might not quite be to the same level of what you’d receive from a more studio-like setup, yet it’s still impressive and crisp considering the big reduction in price. It retails for around £150-£199 here in the UK, which is just a tad more expensive than what other, less flexible USB microphones would likely cost. You’ll be able to accomplish crisp sound with just a few tweaks of the built-in mic settings – and that’s not to be sniffed at.

4/5
When it comes to USb microphones you could do a lot worse than the EPOS B20. It's incredibly slick design is matched by a level of sound quality not always possible outside of traditional XLR, making it easy for Twitch newcomers to instantly get started.

The best current rice for the EPOS B20 streaming microphone 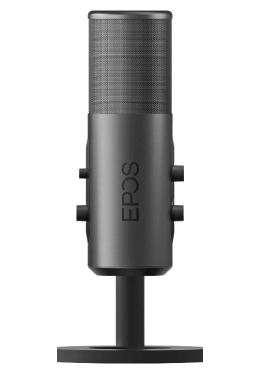