Nintendo Switch Basic Set Up Price - How Much will the Switch Cost?

Ever since the emergence of first Sony and then Microsoft into the gaming market, Nintendo’s angle has been relatively simple. They’re happy to let the PlayStation and Xbox explore various new technological avenues and attempt to compete on not just the gaming front, but the home entertainment one; Nintendo consoles are made for gaming, and gaming alone.

Even with the Wii and Wii U, in which they pioneered motion control and a handheld-console hybrid, they rarely strayed from their course of focusing on gaming. That mission statement remains with the upcoming Nintendo Switch, due for release on March 3rd. The Switch has been designed, once again, with gaming as the core focus, and although it boasts a revamp of Nintendo’s online multiplayer offering, it’s also been designed to appeal to gamers who long for the days of local split-screen play thanks to the unique Joy-Con controllers.

However, despite this dedication to simplicity in terms of what the console has been designed to do and who it’s for, there has been considerable confusion around one key feature of the system - the price - specifically in terms what it’ll cost to get a Switch system up and running beyond just the basic package. But don’t fret, Gaming Deals are here to help you break down exactly what it’ll cost you to get a Switch ready to go with all the features you want to make use of.

The Switch console itself 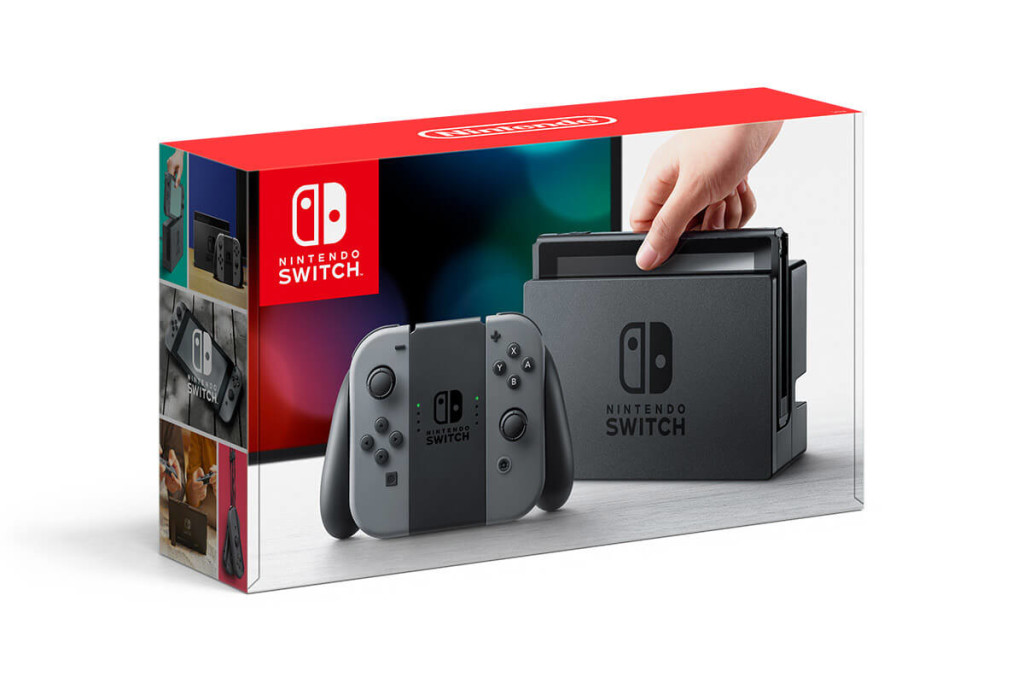 The Switch is due to retail on launch day for £279.99, which is a fair bit more than what the system was rumoured to sell for back when it was first mooted and then announced. If you’re planning on getting the Switch, there’s currently no option to get anything other than this package, although you can get some potential savings by getting a console bundled with a launch title. The console will be available in two colour variations - all grey, or blue and red - and will contain this in the box:

Crucially, the one major omission from the Nintendo Switch console box is a playable game. The Wii came bundled with Wii Sports as standard, while the premium version of the Wii U came with Nintendo Land. As the Switch comes with no game, you’ll need to factor in the cost of one into your initial price for setting the console up.

As you’ll need to buy at least one game as well as your Switch console in order to get any real use out of it, games prices are important. Launch titles for the Switch are still being announced, and the console is beginning to build up an impressive list of titles that will be coming out on the system this year.

There are two stand-out launch titles that will be most people’s first purchase for the Switch. The Legend of Zelda: Breath of the Wild is a continuation of one of Nintendo’s most beloved franchises, and is expected to retail at just under £50. 1-2 Switch could be considered Switch’s answer to Wii Sports in that it’s been designed to show off what the system is capable of, and is expected to be around the £35 mark. Be sure to check in regularly to our Nintendo Switch page to keep up with the latest deals available on games as well as consoles. 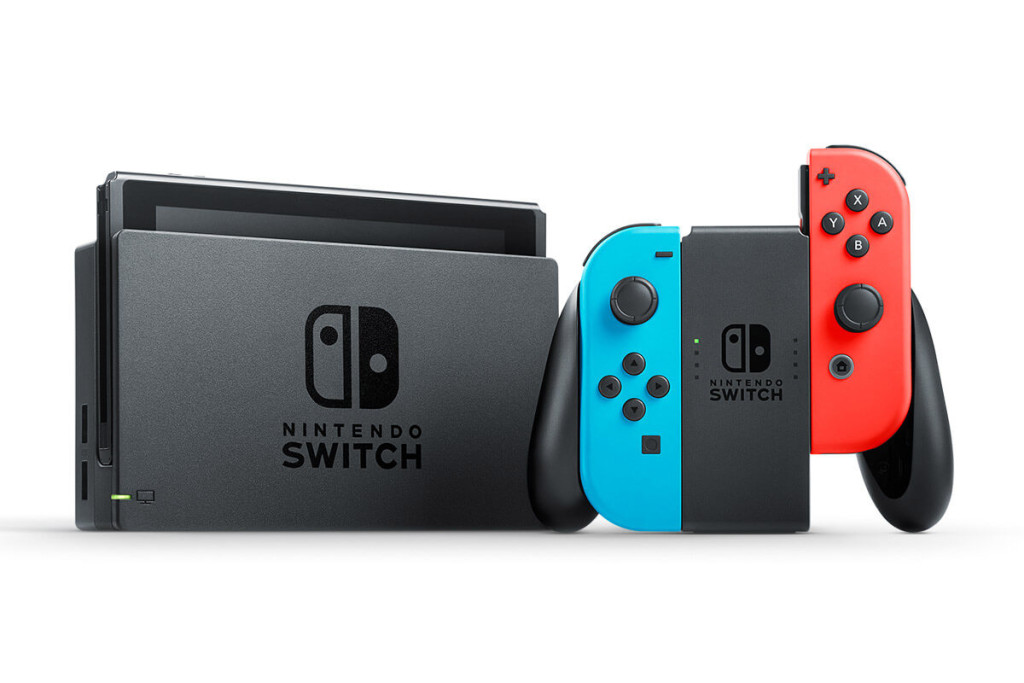 This is where things can become somewhat confusing. As stated above, although there are some games that enable you to play multiplayer with just the standard pair of Joy-Con controllers that come with the console, for a fully-fledged multiplayer experience, you’ll likely need another controller due to the individual Joy-Cons being relatively basic.

You currently have two overall options when it comes to extra controllers.

The first, and simplest, is the Nintendo Switch Pro Controller. Expected to retail at £59.99, this is a controller in the classic mould. It is a single, standalone unit, and cannot be broken down into two separate parts as the Joy-Cons can. The Pro Controller will likely be a good choice for those who see themselves focusing on single player games more and who don’t mind losing the ability to play multiplayer with additional Joy-Cons.

The second option is buying another pair of Joy-Cons. A second pair will set you back £69.99 and come with wrist straps as standard. Some games, such as ARMS, will take advantage of the Joy-Con’s motion control and haptic feedback to enable users to use the Joy-Cons in a similar fashion to WiiMotes.

However, if you’re planning on using the new pair of Joy-Cons as a single controller, you’ll ideally need an additional grip, as these do not come with the additional Joy-Cons as standard. Currently, there is no way of buying the same grip that comes with the Switch console. Instead, you can buy a charging grip, which does have the additional benefit of keeping your Joy-Cons charged even when your Switch is docked in console mode. The charging grip retails at £24.99, meaning this option will cost just under £95; while expensive, the extra money does mean you’ll now have the ability for up to four player local multiplayer.

Another cost worth bearing in mind is online functionality. This has traditionally been an area that Nintendo has lagged (if you’ll excuse the pun) behind Microsoft and Sony on, and while the Switch is undoubtedly deliberately designed to appeal to gamers who feel the Xbox One and PS4 have neglected local multiplayer, Nintendo have announced they’ll be launching a paid online subscription service.

However, you won’t need to worry about this just yet. Nintendo have stated they won’t be charging for the service until Autumn, and it won’t even be available in any form in Europe at launch, although it is expected to roll out in the coming months.

The Switch comes with 32GB internal flash drive, which is considerably smaller than the memory offerings in the Xbox One and PS4. Launch title The Legend of Zelda: Breath of the Wild is expected to take up around 40% of the console’s memory if installed (although it can also be played directly from the game’s cartridge). This has led many to plan to add additional storage.

The Switch supports microSD and microSDHC memory cards, that can expand the system’s memory by up to 2TB, which should be more than enough for even the most avid gamer. Prices vary, but you could potentially double the standard memory with a 32GB microSD card for less than £20. 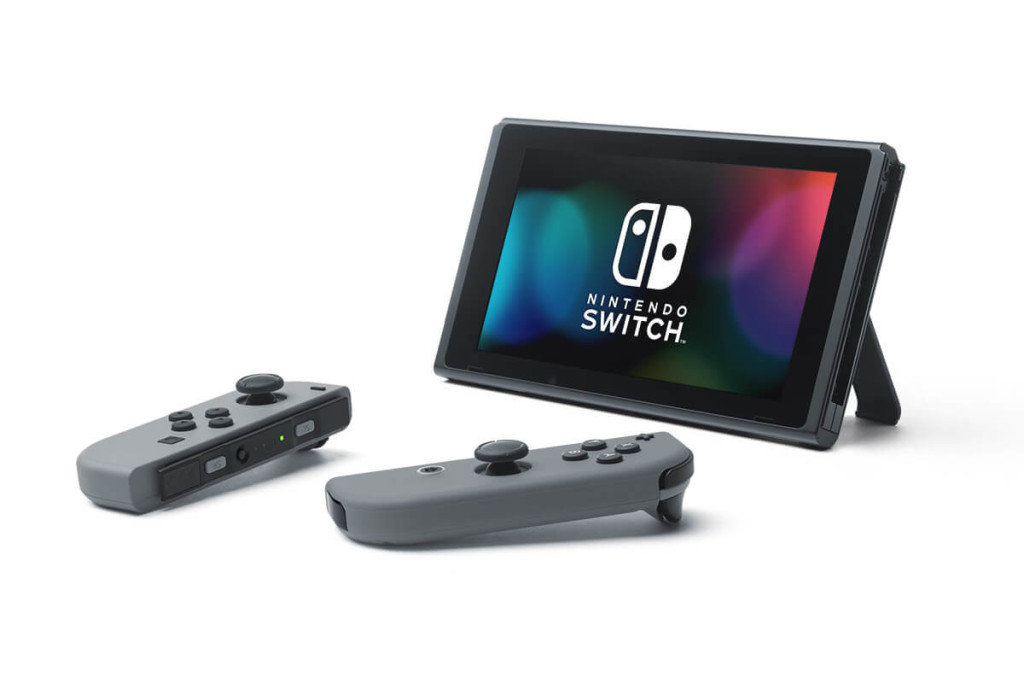 If you see yourself getting a lot of mileage from the Switch’s handheld mode, then keeping it safe will no doubt be a priority. Nintendo are selling a shell case and screen protector pack for £16.99, and there will likely be multiple third party options available soon after the system launches.

You can also buy a pair of steering wheels (one for each Joy-Con) for £12.99, designed with the upcoming Mario Kart 8 Deluxe in mind.

Finally, if you need an additional USB C wall adaptor (if you’re using the handheld mode frequently but don’t want to unplug your dock), Nintendo are stocking these for £24.99

In short, the Switch, while relatively affordable for a newly launching console by itself has a variety of extra costs that can contribute to increasing the price considerably. The lack of a game with the console is perhaps the most prohibitive cost, but the dual purpose of the Joy-Con controllers, as they effectively double as one single player controller and two multiplayer ones, also should be factored in.