Our readers went crazy for the release of the Alpine Green Dualshock 4 controller earlier this year, so we’re fully expecting heads to be turned by the suite of four new wireless controller colours that Sony has revealed will release as early as September. Electric Purple, Red Camouflage, Titanium Blue and Rose Gold are the latest controllers to join PS4’s growing accessories line-up, primed to let dedicated players flaunt their PS4 passion like never before.

The new additions to the Dualshock 4 family were revealed today over on PlayStation’s official blog, where Junior Product Manager Andrew Mason offered detailed breakdowns of each colour and what players can expect. “Electric Purple”, he expressed, “features a two-tone purple design with white PlayStation shapes for added contrast”. Titanium Blue, he went on, boasts "a metallic top cover with light blue detailing, complemented by a matte blue back with this new addition to our metallic line". Finally, those curious about the Red Camouflage controller can look forward to a "Black, red and brown take on the iconi­­­c controller camouflage pattern paired with silver detailing".

Why not check out this fancy trailer to get a better idea of what to expect? 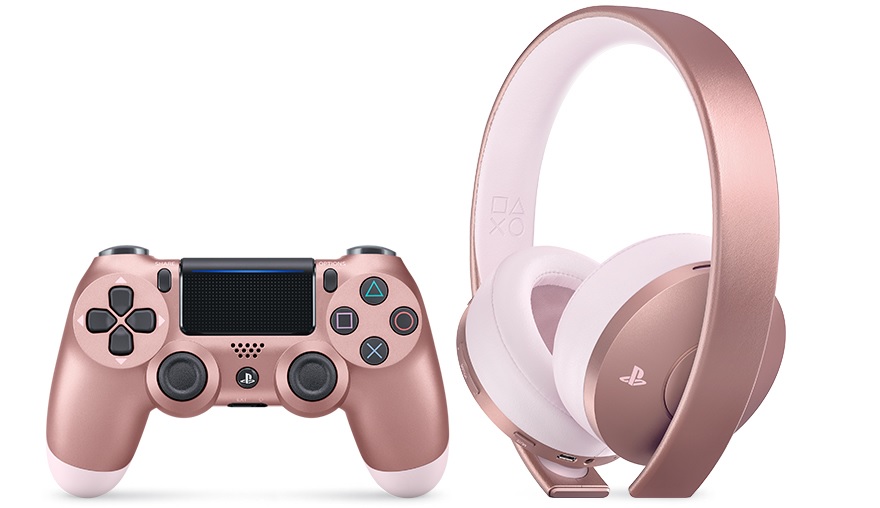 All four Dualshock 4 controllers will be made available for pre-order soon, joining other special edition colours like Berry Blue, Sunset Orange and Blue Camouflage which will also be returning for purchase for a limited time.

Can't wait until then? Take a look at these other limited edition Dualshock 4 variants: