The Xbox One S All-Digital edition has been a bit of a surprise hit since launching earlier this year. Despite critics questioning the viability of a new console model this late in the Xbox One's lifespan, price drops have made the All-Digital the go-to budget console for those looking to make the most of the current generation of games. 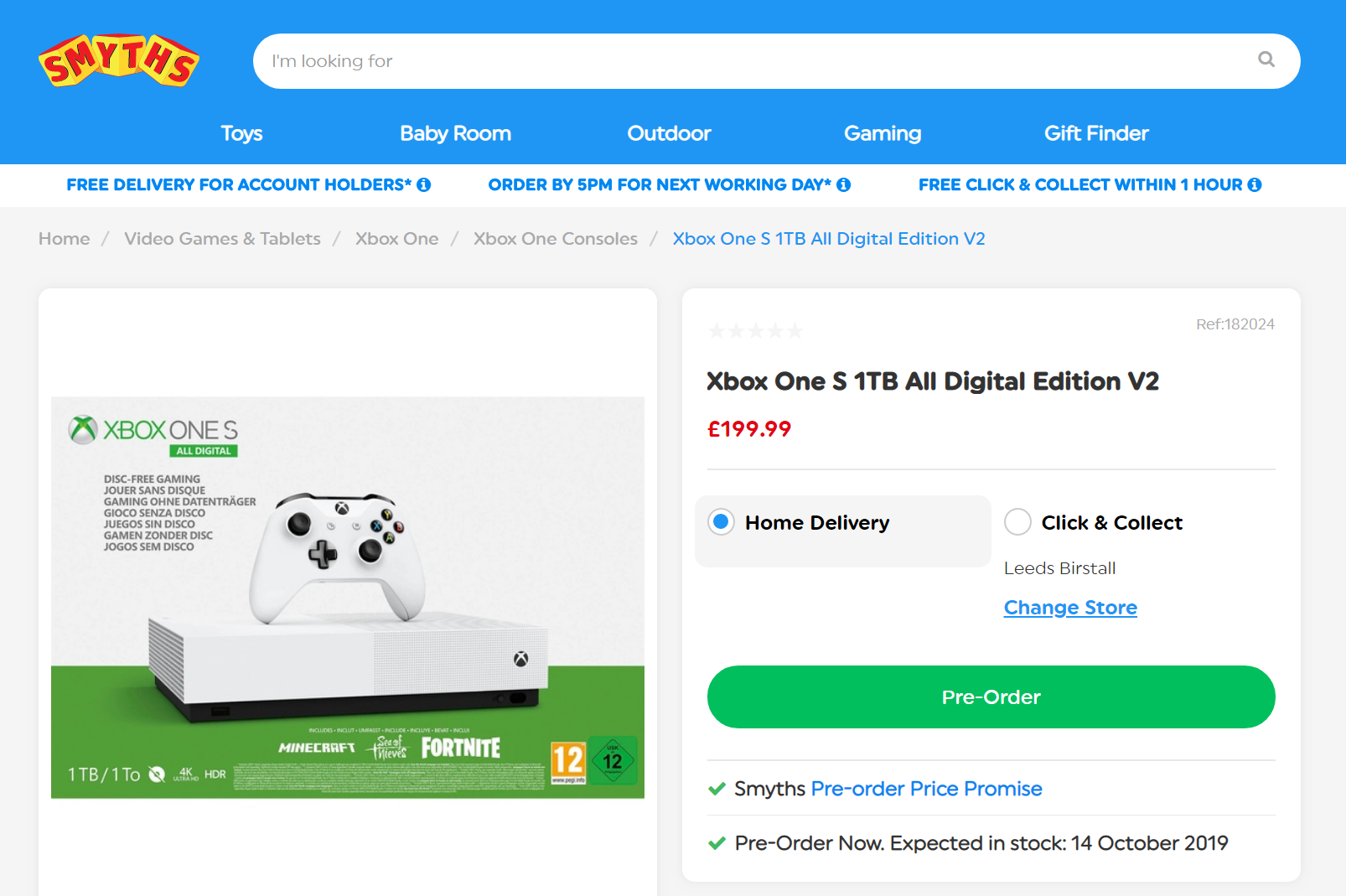 Now, thanks to the Gaming Deals deal system which searches high and low for deals across all the UK's leading retailers, we've picked up on a second version of the All-Digital. The listing on Smyths includes almost identical box art to the current version, with one significant change. No longer will the console come packaged with a digital download code for Forza Horizon 3. Instead, the free-to-play shooter Fortnite is now front and centre, with those who purchase the console getting 2000 V-Bucks (in-game currency) and the Legendary Rogue Spider Knight Outfit with 2 variants.

This change isn't a huge surprise. We wouldn't be surprised at all if a significant proportion of All-Digital buyers did so primarily to get access to Fortnite, one of the biggest gaming sensations in years. The various Fortnite special edition consoles we've seen across Xbox One, PS4 and Nintendo Switch have tended to sell extremely well, with gamers desperate to get their hands on limited edition cosmetics that come packaged with the consoles.

Not only that, but one of the major selling points for the All-Digital has been Microsoft's Game Pass initiative, a Netflix-style subscription service that does away with the need for physical games and lets players pick and choose the games they want to try from a vast library. Game Pass has proved a large success thus far, and it's probably the reason that Forza Horizon 3 was the game to get the chop from the new bundle. Both Horizon 3 and it's sequel, Forza Horizon 4, are available to play with a Game Pass subscription.

Smyths are listing the console at £199.99, which is the RRP of the first version of the All-Digital (though it has been available for less than £170 with extra games thrown in). They list the expected in-stock date as October 14th. If you can't wait for that, check out our Xbox One deals page now!