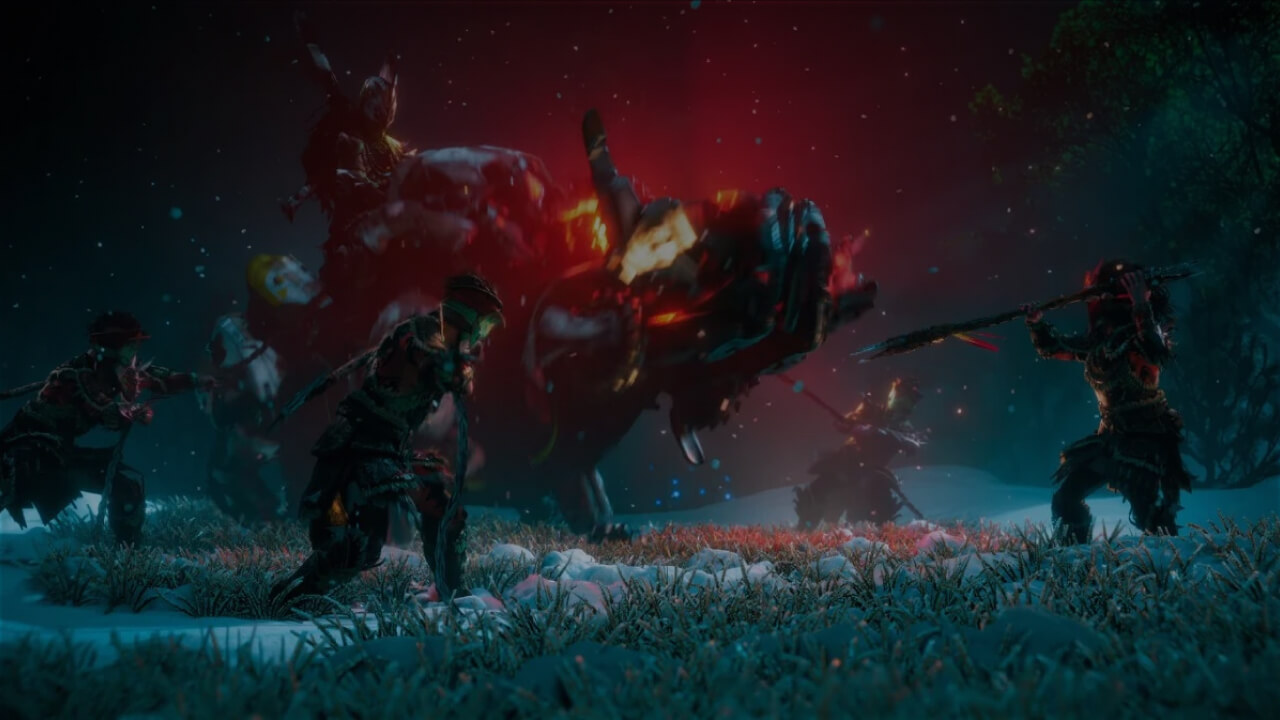 It wasn’t too long ago that players were treated to a big glimpse of Ratchet & Clank: Rift Apart. Well, turns out that’s not the only huge PlayStation exclusive game worth getting excited for, as today Sony has announced that a new State of Play will stream this Thursday – with an explicit new look at Horizon Forbidden West.

Announced earlier today via the Official PlayStation Blog, the game’s director Mathis de Jonge revealed that “you’ll be seeing about 14 minutes of brand new in-game action featuring our heroic protagonist Aloy, all captured directly on PlayStation 5”. This will mark the very first time we’ve seen Aloy’s next open-world adventure in action, as before our best glimpse at the game only came via trailers containing voiceover and pre-rendered cut scenes.

The Horizon Forbidden West State of Play livestream kicks off here in the UK at 10pm BST, so you’ll need to set your clocks ahead of then. While the showcase will display the first-party exclusive running on a super swanky PS5, don’t forget that Forbidden West is also slated to release simultaneously on PlayStation 4. Unlike the last State of Play that focused on Rift Apart, therefore, this is an event the entire PlayStation community may want to pay attention to.

Horizon Forbidden West was initially revealed in the middle of last year, where we got a name for the game and a rough location of where Aloy’s next open-world-em-up will take here. One crucial piece of information we’re still without, however, is a hard release date. Could Thursday’s livestream finally let us know when we should expect the game to arrive? We’d say there’s a strong chance. If not then, this year’s digital E3 presentation is now only around the corner.

We’ll be sure to write up a dedicated post featuring all the new Horizon Forbidden West information we learn following Thursday’s State of Play event. Until then, let’s reminder ourself how beautiful the game looks in last year’s launch trailer: