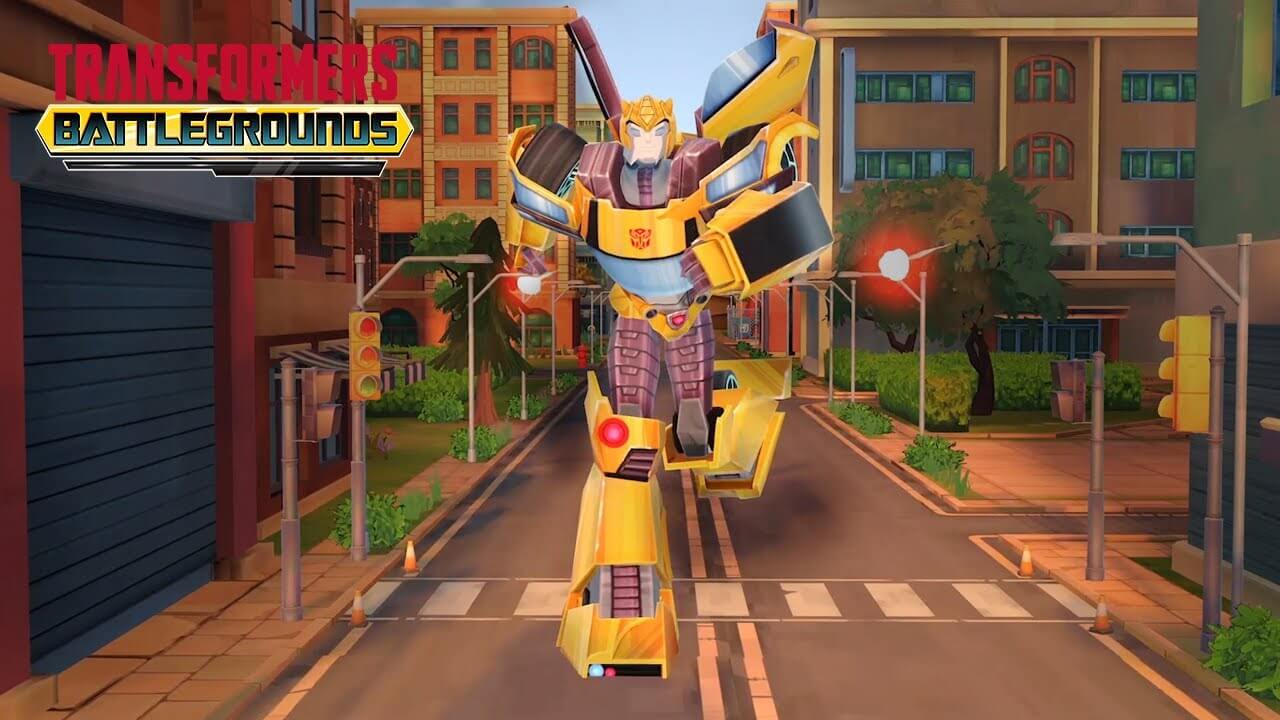 Imagine my surprise when I discovered that it had been a staggering five years between the release of this and the previous Transformers game. Because although they’re by no means limited to them, these robots in disguise have been the subject of many video game tie-ins throughout the years - with varying results at best. We’ve had third-person action games, top-down shoot-em-ups, but one genre that the titular machines are yet to tackle relates to tactical turn-based strategy. Well, this prospect has finally been realised with Transformers: Battlegrounds from developer Coatsink. And while it should satisfy younger fans of the series, veteran strategy players will find this set-up too simple.

It doesn’t help that the visuals here aren’t exactly stellar. I get that this is a tactics game where you primarily view the action from above, but I could never shake the feeling while playing that what I was looking at were cardboard cut-out versions of iconic transformers rather than the imposing alien vehicles they’ve been properly depicted as elsewhere. Transformers: Battlegrounds doesn’t hide the fact that it’s operating on not a huge budget, but it is disappointing to see fan-favourite characters like Shockwave, Bumblebee and Grimlock animated so stiffly.

Perhaps the gameplay can make up for this, right? Well, not exactly. What’s here in terms of skirmishes and battles plays out perfectly fine, with Transformers: Battlegrounds never straying too far away from the familiar rules and mechanics established by other tactics series like X-COM or Fire Emblem. However, it’s hard not to feel like more could have been done to make a strategic take on Transformers feel truly unique. There’s some hints of this in how bots become more powerful when placed near Energon crates or how certain abilities are limited to just that specific Transformer, but for the most part it all feels like “Baby’s first X-COM”.

In fairness this isn’t necessarily a bad thing. Transformers is a brand purposefully designed to appeal to kids, and in that sense Battlegrounds serves as a nice jumping on point for members of this audience who may not have dabbled in turn-based tactics at all yet. It explains the principles of action points for attack and defence, the benefits of implementing overwatch to cover enemies and how different transformer classes can work better in different scenarios. Gameplay elements like these won’t be anything new to strategy die-hards, but if this is intended for younger players then why isn’t the depiction of this world more appealing? I may be wrong, but I don’t think Optimus Prime is even voiced by Peter Cullen here.

Transformers Battlegrounds tries to layer in an added sense of depth by way of three unique class types – Brawler, Scout and Support – all of whom offer their own bespoke skills and strengths. Scout characters like Bumblebee and Windblade, for example, are the only ones who can set up in an invaluable overwatch position, while Support characters tout blasters capable of healing allies in addition to damaging foes. This isn’t to mention the abilities reserved for each individual transformer, but even then when, say, Grimlock destroys Decepticons with his fire breath it rarely looks cinematic.

The core single-player story is nothing to shout about either, yet again centring on the war between Autobots and Decepticons as they seek out the AllSpark on Earth. This involves battling through multiple acts across different locations, completing fairly rudimentary objectives like ‘Take down Enemy X’ or ‘Reach this particular location’. Thankfully, in a game called Transformers: Battleground your team of three bots do plenty of transforming, especially when performing devasting AOE attacks as seen with WheelJack’s Grenade Barrage or Windblade’s Stormfall dive. Completing missions on higher difficulties rewards you with points that you can then use to unlock more moves like these.

The main adventure sees you venture from Central City all the way to Cybertron,yet can generally completed in around 6 or so hours on the basic difficulty setting. You can of course replay missions to gain more spark points to unlock everything, but most players will likely get more value out of the Arcade Mode. It’s here where you can put your strategic skills to the test in unique game modes like Capture the Flag, Last Stand and Horde, all of which are a lot more interesting than most of the objectives found in the main campaign. You can even play these in local multiplayer and pass your controller around.

It’s clear that Transformers: Battlegrounds wants to be thought of as a playable episode of a Saturday morning kids’ TV show. But with exceedingly stiff character animations and a ho-hum plot, there’s only so much heavily lifting the barebones turn-based gameplay can do. As already mentioned, if you’re a Transformers superfan entirely new to the tactics genre this is the ideal game for you. For everyone else, though, Battlegrounds fails to fully deliver on what a game of this ilk set in the sprawling Transformers universe could possibly achieve.

Transformers Battlegrounds is out now on Xbox One, Nintendo Switch and PC

Buy Transformers Battlegrounds for the lowest price below: