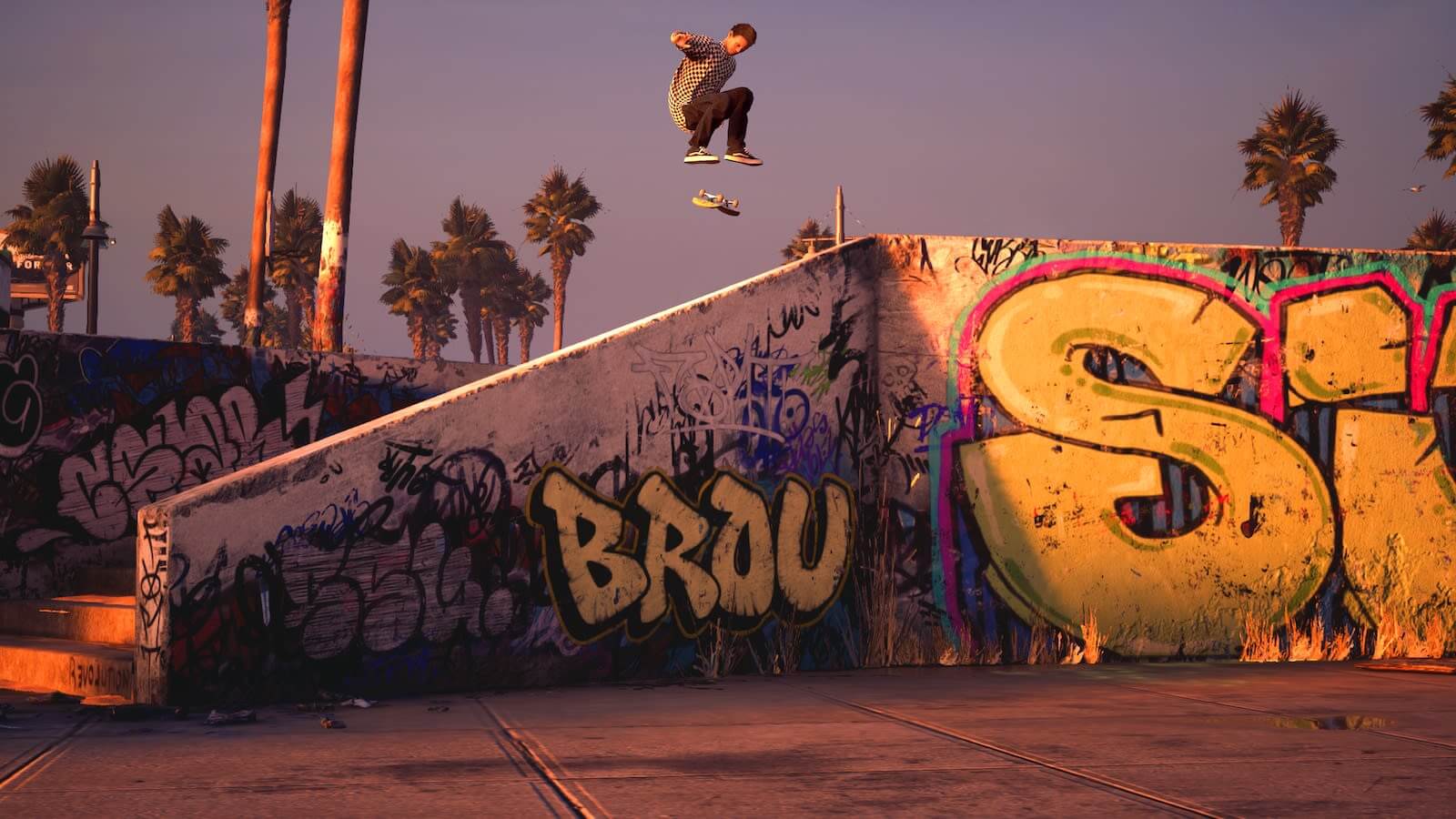 It's weird to feel nostalgic for a sport you’ve never seriously attempted in real life, but that's exactly the effect Tony Hawk's Pro Skater 1 + 2 has had on me as someone who spend endless hours skating in the Warehouse level via a PS One demo disc back in the day. The latest in a long line of remakes to come out in 2020, Vicarious Visions has used its experiencing developing 2017’s Crash Bandicoot N. Sane Trilogy to once again trap lighting in a bottle. Tony Hawk's Pro Skater 1 + 2 is one of the best examples of the remake practice yet, successfully capturing the look and – most importantly – feel of the original two entries to make pulling off ollies, grinds and 900s infinitely rewarding.

Long-time fans of this punk-song-powered series will likely remember 2015’s effort in the dismal Tony Hawk’s Pro Skater 5. However, whereas that version felt very slapdash and was borderline unfinished, Tony Hawk's Pro Skater 1 + 2 is the stark opposite, with every skateboarder handling and manoeuvring just as you remember them. Evidencing this is none other than the man himself, Tony Hawk, available in both young and current-aged form to initially teach you how pulling off tricks work before unleashing you into 20 or so unique park in which to rack up the highest scores and combos possible.

Tony Hawk's Pro Skater 1 + 2 playing exactly as you remember it is by far the biggest praise I can bestow upon this polished remake, but what does that mean for those who may not have jumped in until now? It works like this: Your skater constantly propels him or herself forward, allowing you to maintain a constant sense of momentum. From here you can roll up half-pipes to perform twist, grab and balance manoeuvres, landing reverts and then transitioning into manuals and grinds so you can maintain a high combo. Simple tricks like reverts weren’t present until Tony Hawk's Pro Skater 3, but subtle innovations like this have been retroactively included to make for a much better remake.

There can definitely be a steep learning curve initially when first leaving the tutorial – even for someone like me who was quite familiar with the series. Eventually, though, your muscle memory kicks in and it isn’t too long before it’s back to work as usual, reacquainting yourself with every level’s best skate lines so you can accomplish a good score and perform the most impressive tricks possible within a two-minute time limit. If this is your first encounter with Tony Hawk's Pro Skater, however, rest easy because the included tutorial is excellent and more advanced ones are available.

Two minutes might not seem like a lot, but it helps to solidify Tony Hawk's Pro Skater 1 + 2 as the arcade-style experience skating it was always intended to be. There’re no bones about it, being good at this game in no way will make you good at skateboarding in real life. The Pro Skater brand was instead always more so about raising interest in this pastime previously resigned to a subculture; it is in no way a simulator but that’s what makes it a wildly fun game first and foremost. We know this all too well, but still can’t help wincing at Tony Hawk scratching his knees every time we make him fail to land a Melon. 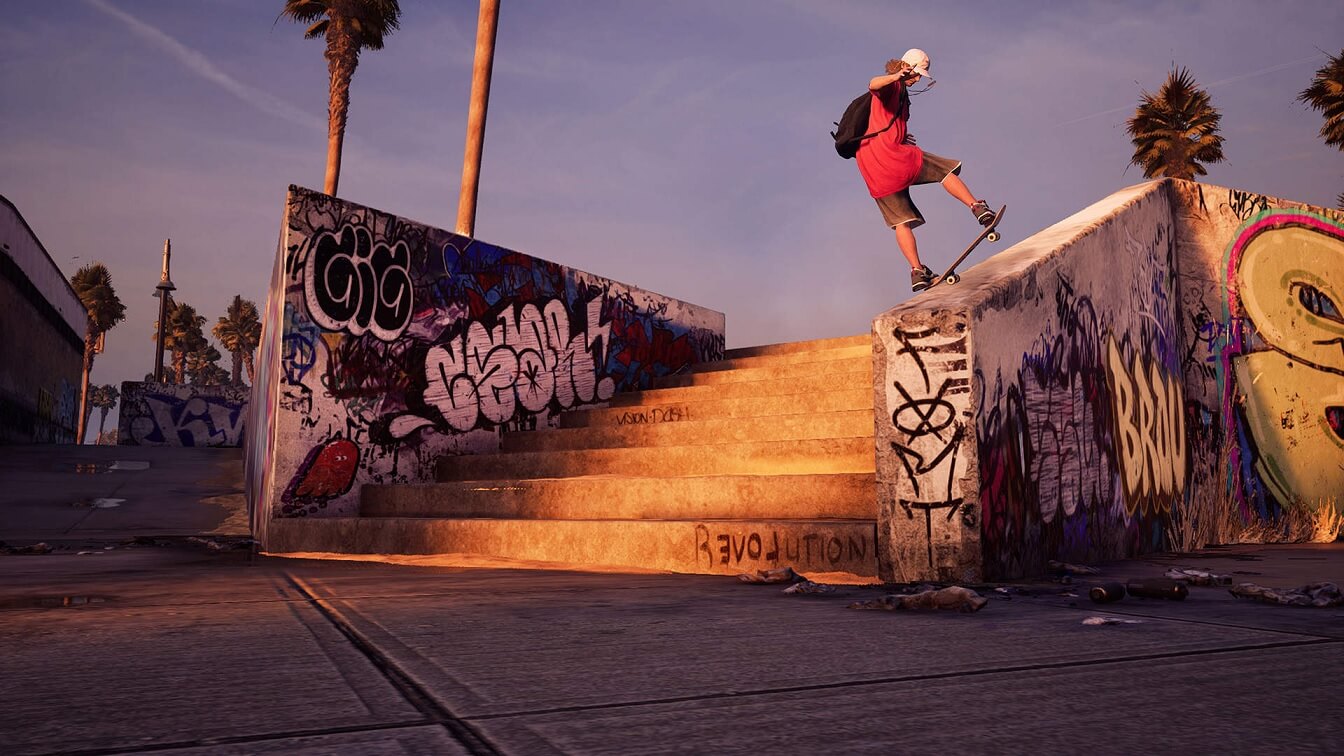 Rather than have you dip into the first and second Tony Hawk's Pro Skater as two separate games, Vicarious Visions has done a great job at creating a synergy between both. Upon first loading up the game you’re given the choice about which to dive into first, always able to back out to this menu at any time to seamlessly dip into your favourite parks from both. Previous Tony Hawk's Pro Skater remastering attempts would see you need to exit the game entirely to load into an alternate one, but the UI and smooth integration in this package ensures this isn’t the case.

In addition to encouraging you to achieve high scores and combos, each park’s real kicker is its list of unique challenges, which will then in turn unlock further stages for you to skate on ponce completed. They range from needing to collect a set number of specific items, performing a certain trick in a specific area, all the way up to garnering that highly coveted ‘sick’ score. Completing all these in just one two-minute run is almost impossible for most players, giving you a good excuse to jump back into the likes of School and Mall all over again to the point that you become overly familiar.

Linking all this together is Tony Hawk's Pro Skater 1 + 2’s upgrade system, which runs across both games and sees you pump points into select categories that lets you to improve such skater aspects as air time, balance, speed and more. This sits separately from the wide range of cosmetic items available for purchase using in-game cash, ideal for making your custom-created skater look and feel like your own. These reward systems are completely free of microtransactions just like they would have been back when these games first released, and sadly it’s a breath of fresh air. 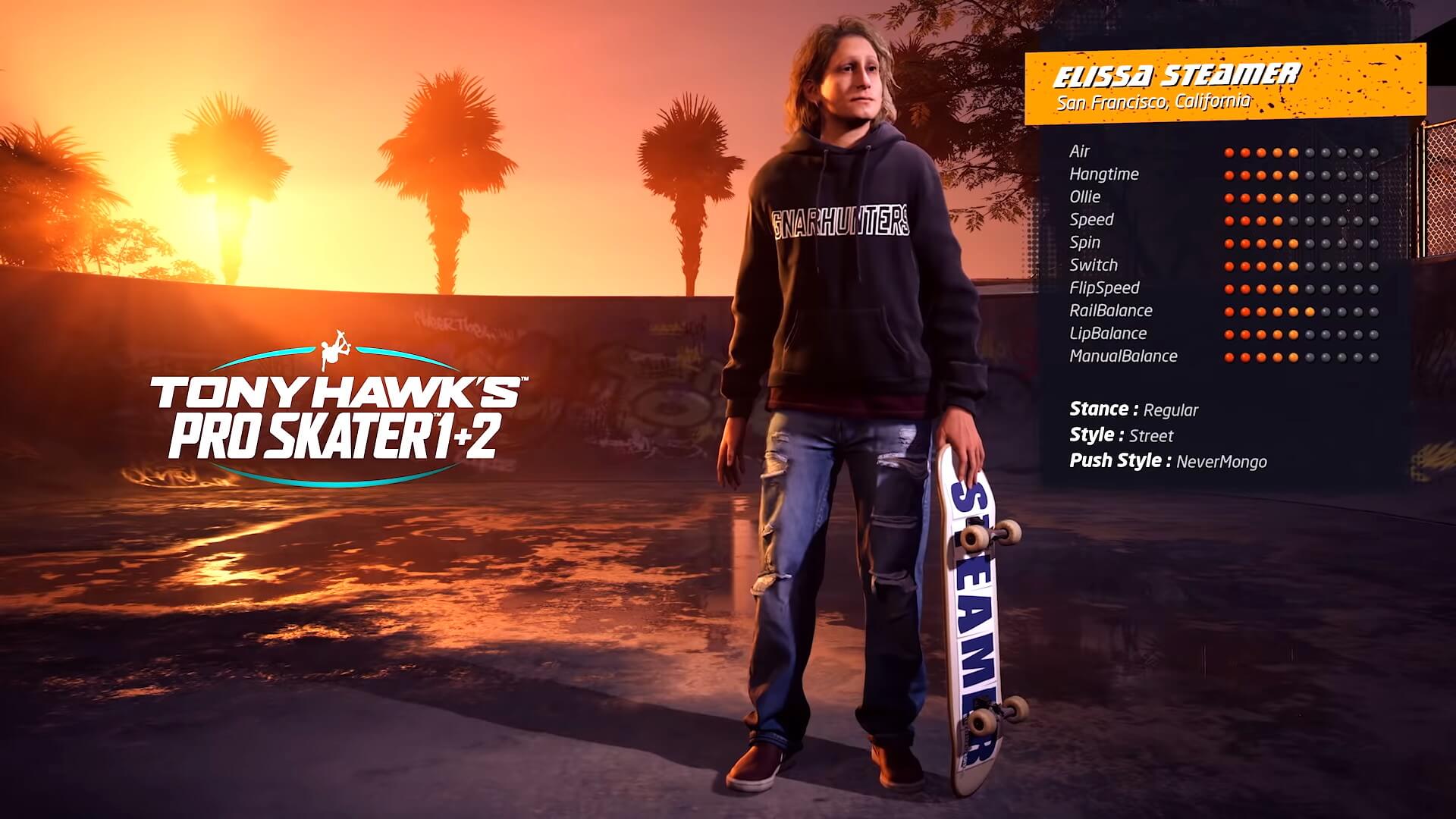 The newest element to this package is the online multiplayer, but sadly at present it feels a little undercooked. It essentially places you and a lobby of other real-life skaters on a select park, cycling you through a gauntlet of brief game modes competing against one another. There’s nothing particularly bad about trying to tag the greatest number of elements or being the first to reach a certain high score, it’s just not quite as fun or enthralling as trying to improve your own skill at a preferred pace. To me, the best brand of Tony Hawk's Pro Skater multiplayer is still the one that involves passing the controller around a group of friends on the sofa.

Overall, it’s hard to imagine a remake of Tony Hawk's Pro Skater 1 + 2 looking or feeling any better to play than this. Vicarious Visions has done an excellent job at recapturing the nostalgia of what inspired an entire generation of PS One gamers some 20 years ago, not least due to pitch-perfect mechanics, faithful reimaginings of iconic skate parks and that exceptional soundtrack. If Tony Hawk's Pro Skater 3 + 4 are down to receive a similar treatment, we can rest easy knowing it’s in safe hands.