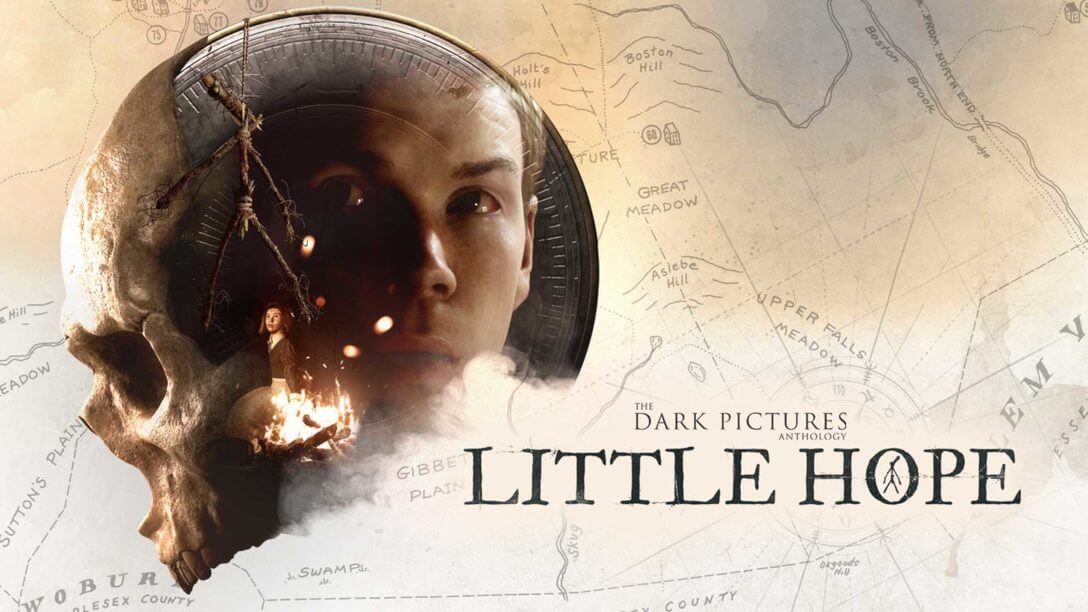 I really admire the kind of vibe developer Supermassive Games is trying to build and, in some ways, recreate with its annual series of Tales from the Crypt-esque interactive ghost stories. The Dark Pictures Anthology may have officially kicked off last year with the release of Man of Medan, but any PS4 fan will tell you that this series of choose-your-own-adventure spooks truly began with the still excellent Until Dawn. That was a game that felt like it understood every horror veteran’s expectations of the genre and knew how to expertly surpass them. I wish that the same could be said about The Dark Pictures Anthology’s second entry, Little Hope. Though, in reality, it steps into almost every creature feature trope imaginable with tongue firmly out of cheek and wildly suffers for it.

Much of the problem is that it doesn’t take long to feel like we’ve seen this all before. Little Hope begins with a big bang in its opening prologue sequence, before quickly setting you on a 4-5-hour journey where you must roam a spooky town in search of answers. Ghoulish-looking church? Check. Creepy little girl with long black hair? You know it. Mysterious old dude that doesn’t want to let on to all he knows? You bet. The sad part is that we could easily go on, with Little Hope often feeling like a greatest hits’ compilation comprised of every teen slasher flick’s best moments. Even Man of Medan shook things up by submerging us in a uniquely inky location.

Luckily, saving the rather generic arch of the story somewhat are two elements: the characters and multiple timelines. Speaking to the former, Will Poulter takes centre stage here to lend some Hollywood gravitas to the character of Andrew, a seemingly hopeful yet timid 18-year-old with a heart of gold. Poulter’s performance is definitely standout here, especially by the time past events are placed into focus and final revelations are revealed. A lot is expected from each the five core actors here in terms of their performance, and it speaks volumes that lot that the four others don’t ever feel overshadowed by the impressive lead.

It isn’t hard to become invested in this varied group of college friends, mainly because they manage to avoid being categorised into stereotypes. Joining Will Poulter’s Andrew there’s mature student Angela, thrill-seeking Taylor, tough guy Daniel and their professor John. All bring something new to the table compared to what you’d typically expect from a story of this ilk, whether you’re in control of them or not. A good example of this is Daniel; most other horror tales would likely depict him simply as the macho jock, but through his unspoken and rather complex romantic relationship with Taylor he thankfully isn’t – and vice versa.

However, just because Little Hope’s five heroes have been well characterised by SuperMassive doesn’t mean that they avoid making stupid decisions. Because believe me they still do. It’s particularly infuriating when you consider that most of these cases occur when you’re not the one controlling them, and you just have to recreate to whatever inane ramblings they happen to be spouting this time.

Without giving too much away, there was once instance an hour into the story where someone turns to the other and says, “Do you think this little girl is connected to the other one?” despite the characters being referred to having the exact same face. It’s a simple truth that several times while playing will you find yourself much farther ahead of the story than the characters you’re handling. And while previous, much cleverer slasher fiction has been able to use this to great effect, Little Hope sadly doesn’t.

From a pure gameplay perspective, not much has changed here at all from Man of Medan. The premonition system in which you collect special items that give you a sneak preview of possible events returns, which you can then elect to use to inform your own decisions. It worked perfectly in Until Dawn when it was referred to as the butterfly system, yet I’d be lying if I said that it didn’t make keeping all five characters alive much easier. You can, of course, choose not to use them, but then Little Hope really would just play out as an interactive Netflix film. Something Will Poulter already knows too much about.

Outside of linear exploration, Little Hope will test your ability to react rapidly via quick-time events in crucial moments and you’ll always be making binary decisions throughout heated conversations. Again, though, SuperMassive tease you with the illusion of making mistakes by selecting the weaker option, but the more positive option is always painfully obvious. Hmmm, shall I choose to make this character’s response brave or fearful? You’d have to be a sadist to select the latter. Trying to sabotage each other’s preferences in Little Hope’s co-op mode makes this less of an issue.

One major way that Little Hope separates itself from other conventional horror narratives is that it takes place across multiple timelines. Without giving too much away, much of the jump scares (of which there is way too much) relate to the town of Little Hope’s previous history with the Witch Trials. This period is weaved in with modern day events extremely neatly, for the most part, and switching between the two does help break up some monotony that would otherwise set in from the aesthetics’ muted colour palette. Genre aficionados will most likely work out how timelines are linked very early on, however, ruining some of the mystery.

Overall, it all comes down to the fact that SuperMassive Games should know better by now. And they do. Because they proved it with Until Dawn. Players will already be well acquainted with what to expect from the gameplay , so it’s a shame that some stellar performances and visuals can’t quite make up for the innately tropey conventions littered in Little Hope's story. It’s hard not to feel like the dev’s insistence to have these tales take themselves seriously and release yearly (unlike Until Dawn) is already ushering this ambitious anthology into an early grave.

The Dark Pictures Anthology: Little Hope is out now on PC, Xbox One and PS4

Buy The Dark Pictures Anthology: Little Hope for the lowest price below: