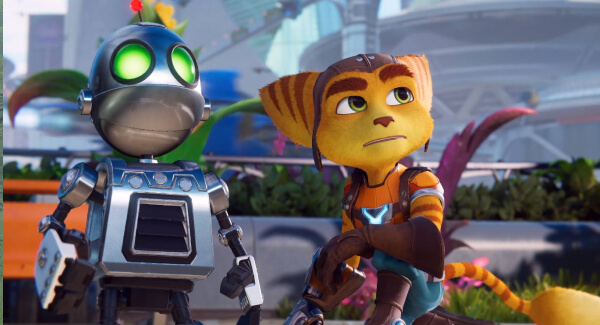 Five years is a long time to wait for any video game, but it’s been especially tortuous in the case of Ratchet & Clank because the last entry was just so gosh darn excellent. The 2016 reboot served as an excellent showcase for what this charming series of action platformers could achieve when unhampered by technical restraints, fully utilizing the power of PS4 to finally deliver on the promise of a playable Pixar movie. (If only being tied to a movie release didn’t hamper the story’s pacing.) Well, PlayStation’s most iconic duo are back in Rift Apart, a totally next-gen adventure that harnesses the PS5’s SSD with expert aplomb. The result? One of the console’s best true exclusives yet, and a dimension-hopping sci-fi romp that all should play.

I lost count how many times my mouth dropped while playing Ratchet & Clank: Rift Apart – it looks that good. Ratchet’s fur feels like something you can brush your hand through for the very first time, while Clank’s ray-traced chassis gives off a shine that is almost blinding. Impressive texture detail, dynamic 4K visuals and a solid 60 fps would mean nothing, however, were it not for Insomniac’s amazing artistic direction and imaginative world design. One minute you’re chasing sea monsters as part of an amusement park on a pirate-themed planet. The next you could be flying through the air on the back of a dragon as countless alien creatures whizz by. Rift Apart is pure joy bottled in video game form, and the many set pieces included here rival some of the franchise’s best.

The story this time around sees our titular heroes quickly swept up in an alternate dimension where Nefarious has ascended to the rank of Emperor and has enslaved most of the universe under his regime. Usually Ratchet & Clank could immediately get to work stopping him and finding a way home, but it isn’t long until the pair are separated and ultimately challenged to help while being separated. This lays the foundation for another intergalactic road trip full of satirical humour and charm; one where long-time fans will get a kick out of seeing doppleganger variants of established characters like Captain Quark and Skid McMarx. It’s just one example of how Rift Apart makes excellent use of the dimension-hopping conceit.

If you’ve paid any attention to the marketing, you’ll know that one of the bold new additions is a new playable Lombax in Rivet. But what could have easily been a cheap gimmick thankfully isn’t thanks to her wide-eyed outlook on life and willingness to never run away. It’s pleasing to see her actually grow to be a great member of the team the more the adventure proceeds – and a good counterpart to fellow space fox, Ratchet. If there’s one disappointing element to her inclusion, it’s that both Lombaxes essentially handle the same from a gameplay perspective. Overall, though, Insomniac has done a nice job at making her presence feel much more natural than, say, Nathan Drake’s mysterious brother in Uncharted 4. She doesn’t come out of nowhere.

You can forgive Ratchet and Rivet’s gameplay similarities because Rift Apart’s destructive gamut of weaponry is just as creative as ever. From classic favourites like the Agents of Doom glove and Burst Pistol, to all-new firearms like the enemy-hunting Drillhound and Topiary Sprinkler, the series’ natural flair for invention is present in almost every tool in your weapon wheel. Discovering the unique firing patterns of each is half the fun when bumping into different combat scenarios, even if you know they’re always guaranteed to deliver an explosive spectacle in some form. What begins as a simple rocket launcher, for instance, may acquire some other unexpected alt-fire function by the time you reach the late game. Plus, ammo almost always being scarce forces you to constantly switch between fire arms shake up your attack strategy more so.

You’ll want to make sure you collect enough bolts to unlock every weapon as early as possible, because – alongside Returnal – this is best implementation yet of the DualSense’s awesome haptic feedback. No one weapon quite feels the same whenever you pull the trigger, and pulling down L2 or R2 down just halfway often results in different functions. Rift Apart wants to wow you on the visual front, sure, but the controller rumbling and vibrating to different degrees depending on the explosion size is something to be equally commended. Ratchet & Clank has never felt this good to play, and almost always does the Dualsense help better immerse you into the colourful chaos.

Ratchet & Clank: Rift Apart may not entirely rewrite the franchise rulebook, but that’s not really a bad thing. What it does do is take the established blueprint and amp these factors up to 11. Improved maneuverability is the clearest indication of this. Whereas before Ratchet was tied to slingshot points and late-game items to help him get around quickly, Rift Apart’s dash makes dodging enemy fire a breeze, and only improves when you gain access to the hover boots. These little beauties make zipping around planets in search of collectibles less of a chore. Suddenly, exploration something to look forward to. The Ratchet formula is comprised of many parts, yet somehow, despite Rift Apart layers on even more mechanics, they all still work as a whole. 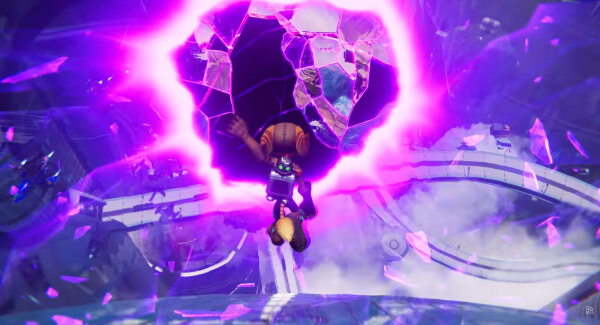 If I’m being nitpicky, the one real area where Rift Apart falls down a bit is in its boss fights. Because for as imaginative as they look aesthetically, defeating them almost always involves dodging sweeps as you constantly fire off rounds. It’s particularly tiring when you realise that the same attack pattern also works for the mini-boss characters that frequently pop up. Luckily, all 18 weapons differing so wildly assures that no enemy ambush need quite play out the same, but the onus is still on you to utilize different tactics and experiment with your arsenal.

An absolute blast from start to finish, Ratchet & Clank: Rift Apart is another imaginative win for the franchise, demonstrating yet again that nobody does zany weapons and charming characters quite like Insomniac. In many ways it’s sad that proven ingredients such as these are still considered fresh, even after over almost 20 years. We’d happily take one of these every couple years over the next generic post-apocalyptic game, given the choice Our only hope is that it’s not another half-decade until Ratchet and Clank blast off again.

5/5
If you own a PS5, you owe it to yourself to play Ratchet & Clank: Rift Apart. This is the most charming Insomniac's trademark series has ever been. And not only that, but amazing 4K visuals and Dualsense haptic feedback seal the deal as this being the best true PS5 exclusive game yet.

Ratchet & Clank: Rift Apart is out now on PlayStation 5

Get the best price below: