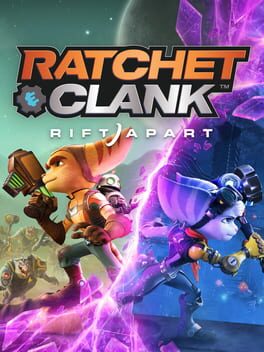 Find the best deals on Ratchet & Clank: Rift Apart for PlayStation 5. We compare 25 deals (starting from £38.99) across every edition offered by our partner retailers.

Expected to truly harness the power of next-gen hardware as a true PlayStation 5 exclusive, Ratchet & Clank: Rift Apart is a new dimension-hopping adventure for the iconic Lombax and Robot duo. It’s the second instalment into Insomniac’s rebooted era of the franchise which began in 2016, following Ratchet and Clank’s mission to overthrow an evil robotic emperor. Luckily they have plenty of new friends by their side

Unlike Insomniac’s PS5 debut Spider-Man: Miles Morales, this explosive space adventure has been designed from the ground up for PlayStation 5, implementing power-pushing visual effects like ray-tracing and dynamic lighting to impress players everywhere. This is in addition to a wholly ambitious combination that should see Rift Apart look incredible, where the game is expected to run at 4K resolution at 60 fps simultaneously.

Ratchet and Clank make their PS5 debut in style, jumping between action-packed worlds as both are forced to overcome obstacles and make use of their zany weapon arsenal. This they do in the effort to prevent a tyrannic space emperor from causing dimensional collapse. Whether you’re a franchise veteran or are a Ratchet & Clank first-timer, Rift Apart oozes charming characters and stunning visuals.

Wield a range of outrageous weaponry

Ratchet & Clank is a series known for its outlandish weapons and cool gadgets. That’s why it should please PS5 players to know that Rift Apart continues this trend, letting you blast your way across the galaxy using explosive new weapons. The Burst Pistol, Topiary Sprinkler and Shatterbomb are just some of the new tools of destruction that sit alongside old favourites.

The PS5’s superfast SSD allows new levels to load instantly, factoring into to how Ratchet and Clank are able to travel thanks to a new device known as the “Rift Tether”. Using this you can bamf between locations at a rapid pace, warping across battlefields as you attempt to take down legions of enemies and solve dimension-spanning puzzles. Don’t expect to spend much time looking at loading screens.