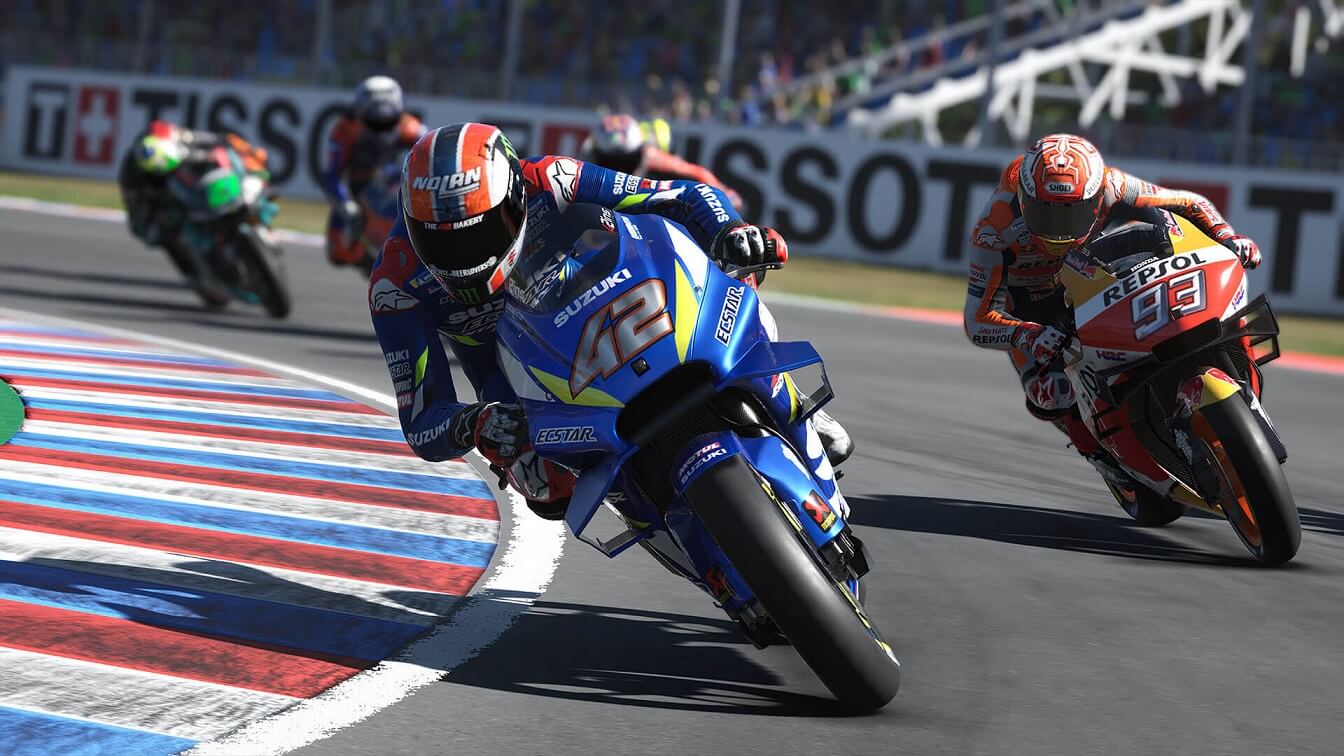 MotoGP 20 arguably couldn’t have arrived on PS4, Xbox One and Nintendo Switch at a much better time, now perfectly positioned to entertain petrolhead players everywhere with an accurate and thrilling representation of a MotoGP championship we’ll unfortunately no longer get to witness. And with more news being announced almost daily that racing sport professionals are turning to games in order to complete their laps, the pressure for MotoGP 20 to be the best, most realistic entry yet in this long-running sim series is on. Luckily it largely manages to deliver, even if the visuals still aren’t up to snuff compared to arcade alternates.

Before we get too deep into this review, full disclosure, I think it’s worth mentioning that I am by no means a MotoGP expert. My history with the series does date as far back as 2013 – where I weirdly platinumed that year’s version on PlayStation Vita (sue me!) – but this will largely be just a casual player’s perspective. The good news is that MotoGP 20 looks to seamlessly accommodate that, boasting a whole suite of customisation options that lets you tailor the challenge of races pretty much however you like. The best representation of this is the AI difficulty slider, which lets you slide things all the way down to easy or to a more realistic 100%.

Speaking of which, realism is very much where it’s at this time around for Moto GP, as 2020’s release offers up all manner of new improvements to how bikes handle and the ways you can adjust them. Of course, you’re probably thinking “well, duh. Isn’t the goal of any sim racer to provide the most realistic experience possible?” Well, yes, but some games of this ilk to it better than others. It’s essentially all about providing options, and in this regard Moto GP 2020 doesn’t let you down.

Successfully building off the A.N.N.A “Neural AI” system first introduced last year, the machine-learning powered tech returns here with improved knowledge on how to mimic real-life racing, only now it also factors in tire management and fuel strategy. Both of which, you are able to dive into too if you so wish. Neural AI is absolutely one of the major boons Moto GP has over other motorcycle racers like, say, TT Isle of Man, so it’s nice to see it iterated upon. Of course, you’re never really privy to all this technical wizardry occurring in the background when you’re just focusing on racing, but even just testing some of the higher difficulties out its presence is easily felt. 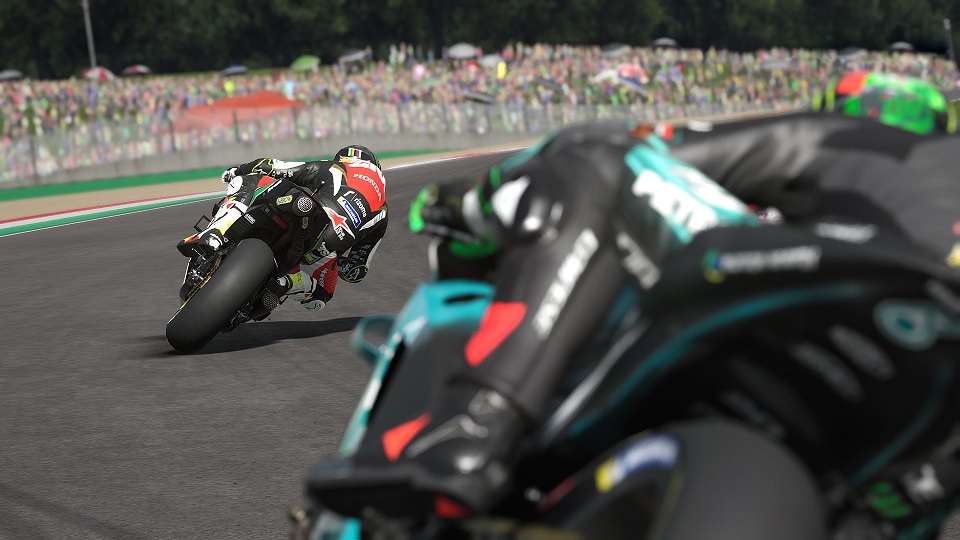 All the different modes you’d expect to find in a MotoGP game are here, such as Quick Race and historic mode – even the Managerial Career mode makes its comeback in this release. Work your way up through alternate classes like MotoE, Moto2 or skip to the headline championship. MotoGP 20 is a highly flexible racing experience in this way, to the point that you skip free practice laps and qualifying sessions to head straight to the race proper if that’s your thing. However, bear in mind that doing this won’t give you an accurate idea of which tyres or how much fuel you should probably consider – in addition to your preferred general bike feel.

Unfortunately, on the less glowing side of things, despite being the seventh Milestone-developed entry to hit current gen consoles, MotoGP 20 still leaves a lot to be desired in terms of visuals. Granted, I reviewed the game on an Xbox One S, but when you have games that look as Forza Horizon 4 running on this same console, flat-looking crowds and structures sporting ragged edges are a little disappointing. This is no doubt a result of Milestone working to an annual release cycle and its decision to focus more on how bikes feel to handle and manoeuvre, but it does make for an overall lack of flair.

Still, Moto GP 20 does an excellent job of letting you feel the power of the cycle as you bomb it down a stretch of straight tarmac or tighten up close to take the apex. The rider model and bikes actually look and move fairly decently, which I guess makes sense considering that’s what your eye will mostly be paying attention to. Well, that and the racing line, which will remain blue for as long as you should be turning the throttle and turning red when you should be braking. It really is a must for anyone just starting out in a MotoGP game. As is the incredibly addictive rewind feature, which returns to let you wind back any unlucky on-track mishaps. 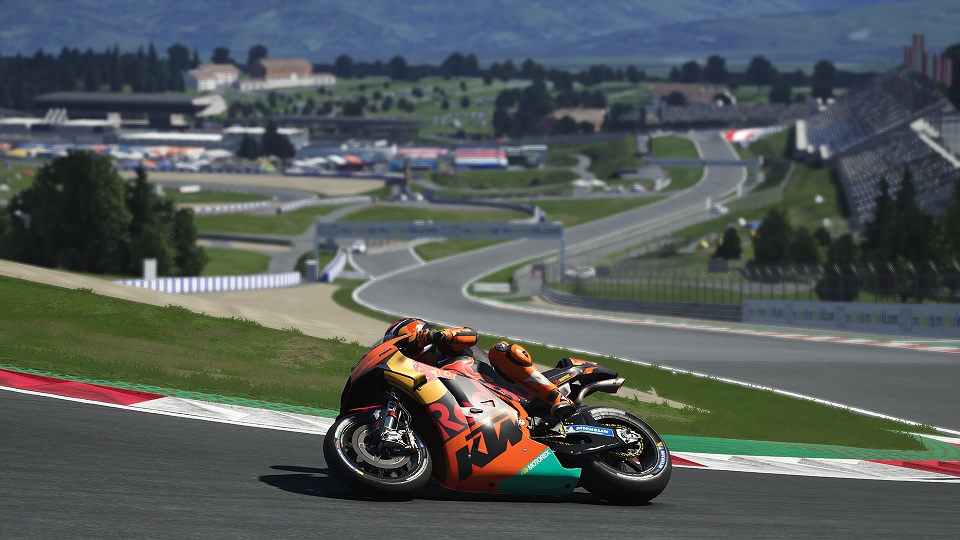 Overall, MotoGP 20 is another successful entry into the long-running annual franchise. It likely won’t entice over anyone yet to have taken to the track, but at the same time those seeking an accurate portrayal of what it would be like to race in a MotoGP championship will easily get their fix. The visuals could be better, sure, but given the number of customisation options and the endless hours you can spend in the standard career mode alone, MotoGP 20 should be commended.

The best price for Moto Gp 20: