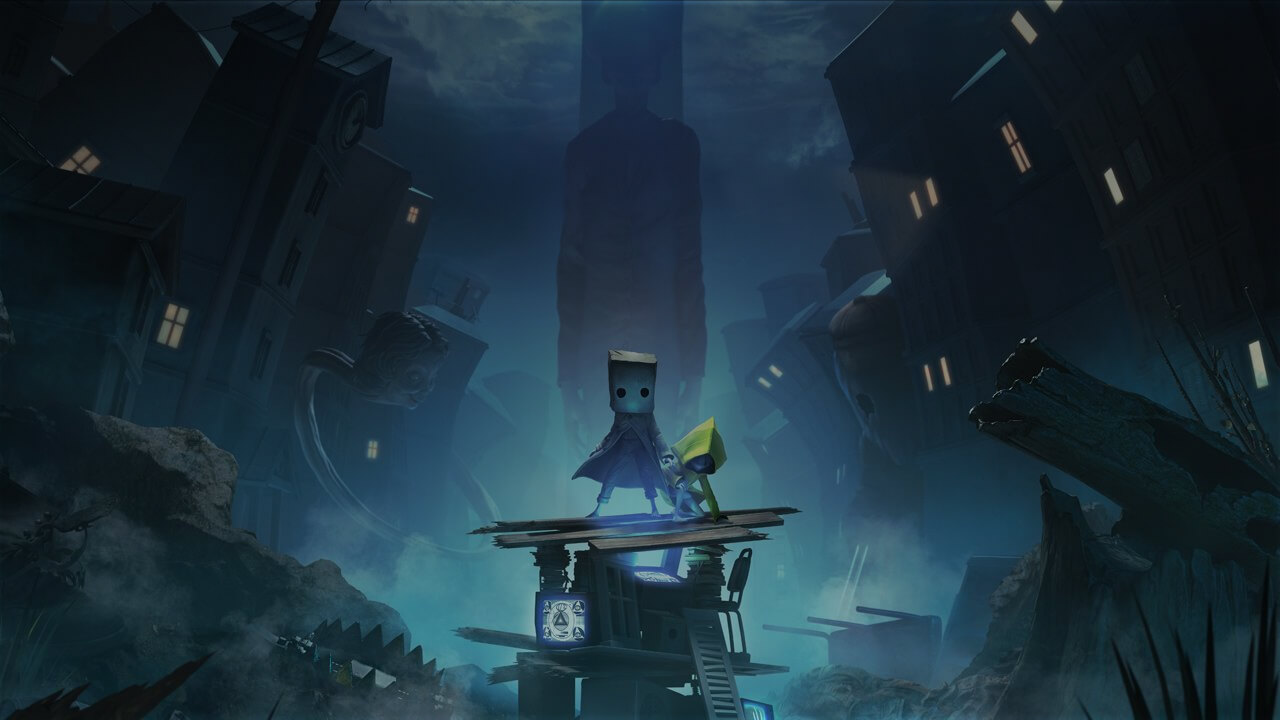 In the space between now and the time when the original Little Nightmares released, 2D puzzle-platformers with a dark and dour edge have strangely only soared in popularity. However, while Playdead titles Limbo and Inside may have kickstarted the genre, Tarsier Studios’ take has equally connected with players craving some bite-sized scares, finding room to provide its own spin. As a sequel, Little Nightmares 2 is more of an extension of the ideas, themes and concepts previously laid down in the original rather than a bold new direction, yet its also a more polished experience, one with a much broader, more varied set of environments and plenty more creepy nooks to explore.

The big change in Little Nightmares 2 is that you’re no longer playing as Six, though the yellow-coated protagonist from the first game does play a vital role. Instead you’re placed in the shoes of Mono, another diminutive child forced to navigate this weird and oppressive world littered with clay-like giants, solving puzzles, and looking for a way to escape. Mono plays near identically to Six, for the most part, aside from his inability to always light the way. Even this, however, makes for some interesting puzzle designs, which more often than not is a combination of moving items, unlocking doors, and evading the eyes of your pursuers.

We can help but feel like a more appropriate title would have been ‘Bigger Little Nightmares’, as the increased scope works wonders in terms of expanding the lore of this warped world far beyond the walls of the Maw. Damp city streets, eerily dense forests and an oversized school are just some of the locations Mono and Six must venture through together, with each presenting their own flurry of fiendish obstacles and thrilling chase sequences. Almost every setting introduces a new quirk to puzzles and exploration not seen in the last, shaking up the platforming formula just enough to keep you engaged. The abstract approach to storytelling also succeeds in doing this.

Having an AI-controlled partner by your side in Six is a small tweak from the first game, but forces you to think very differently about possible puzzle solutions. A good example of this comes early on as the pair explores a lakeside shanty house. Here Mono is tasked with getting a key hanging from the ceiling above, yet initially it’s too far out of reach. Luckily, Six is smart enough to hoist you up closer to it using a lever you’ve just discovered from the next room, allowing you to grab the key before taking Six by the hand and escaping.

Little Nightmares 2 eventually expands upon this concept by sometimes seeing the two separate and introducing new tools for the duo to use. The decision to have Six by your side runs much deeper, though, as at times it’s her actions and movements that can be key to finding the next puzzle solution. On various occasions when I was unsure what items to interact with or where to go next, calling for Six or simply watching her movements pointed me in the right direction. It’s a clever way to subtly pay respect to the character’s traumatic experiences from the first game, all while justifying the choice to have the sequel stay a single-player adventure despite this inherently co-operative inspired mechanic.

Mono and Six’s journey is primarily linear, as you’d expect, though encouraging you to venture off the beaten path and seek out hidden pathways are two collectible types. The first are glitched shadows of former children, which are usually found in a setting that tells you something new about how this abstract world operates. The second, meanwhile, are masks for Mono to wear. There are 10 or so to find and collect in total, and while none bestow the little critter with extra powers that drastically affect gameplay, this added personalisation is a nice touch and gives you further reason to explore.

Having proven their skill in the 2017 original, there wasn’t a question whether Tarsier Studios would succeed in putting you on edge through its visuals. However, equally impressive in Little Nightmares 2 is the sound design, which here is been stepped up considerably. Everything from crackling TVs, children’s laughter and the low bass thumps of whatever morbid creature lies in the next room all maintain a creepy edge while echoing around environments. And it’s all these different soundscapes used variedly that sees Mono and Six’s adventure play best – as with most horror-tinged games – when using a good set of headphones. At times it can even be vital, as an audio-reliant puzzle towards the game’s end swiftly proves.

For just how well Little Nightmares 2 improves and expands on its predecessor, however, there are a few elements primed to annoy even the most patient of players. Chase sequences, in which Mono and Six must speedily outrun a pursuer from one side of the screen to the other, are a major culprit for this, seeing as there’s just no way of knowing what kinds of platforming obstacles are coming up when you’re sprinting at full speed. The result? Instantly dying during the heat of tense moments. Generally, Tarsier has done an okay job in given you ample time to react to most, but there are still a few running sections laced in where it seems almost impossible to complete first time without dying.

Then there are the instances where you know exactly how to proceed with a stealth sequence or puzzle, but for whatever reason Mono refuses to comply. The first game was notorious for having Six repeatedly fall of balance beams, for example, and while there’s nothing quite that egregious in Little Nightmares 2, sometimes just the act of jumping and grabbing seems more troublesome than it perhaps should. Your depth perception between the foreground and background needs to be spot on. 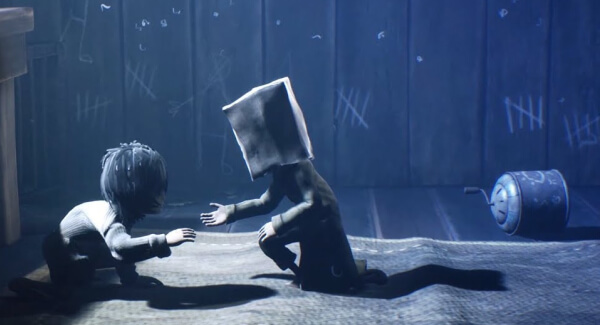 Luckily, subtle improvements like no longer having to carry keys in your hands and much quicker load times makes for a smoother horror experience overall. It’s just a shame that a few of these mechanical problems still persist. The game being so short and linear only amplifies a lot of these, so it’s important to get right. A good example of tension where players don’t lose control are in the brief combat moments, where you as Mono must time your slams precisely so that your enemy gets hit. When I fail these it’s because of my own impatience, as opposed to when I miss a jump or crash into a fast-approaching obstacle unfairly.

Even still, certain instant-fail woes aside, Little Nightmares 2 is the perfect sequel in many ways. It cleverly manages to expand a universe that was already considered creepy, placing you in several pulse-racing scenarios where Mono and Six must work together to overcome. The abstract story may not be for everyone, but just enough narrative beats are littered in to always encourage you to press on. This, combined with unsettling sound design and a suite of new eerie environments to explore, helps make Little Nightmares 2 a clever advancement on the dark 2D platforming formula.

If you're a fan of the original, Little Nightmares 2 will scare and delight you in all the right ways. Sure, a lot of the same mechanical problems from the first persist and can still lead to frustration, yet overall this does everythign a sequel should and more. Few dark 2D platformers are as strangely delightful as this.

Little Nightmares 2 is out now on Nintendo Switch, PlayStation 4 and Xbox

Get the best Little Nightmares 2 price below: