Though the Desperados series has been around since 2001, it’s still incredibly fascinating to think that the shooting, looting antics of cowboys blend so well with real-time strategy and stealth. This latest entry, Desperados III, proves this yet again despite having changed developer hands and making a bold return after a 13-year hiatus. Luckily, this long wait has been worth it. Desperados III serves as a nice shot in the arm for this niche genre, weaving a thrilling prequel tale fans will appreciate alongside tight strategy game mechanics that are challenging but ultimately rewarding.

First things first, Desperados III being a prequel to the original Desperados: Wanted Dead or Alive absolutely works in its favour. It means that franchise newcomers and veterans alike can easily get invested in the relatively straightforward revenge quest of long-time protagonist John Cooper, who’s story this time around sees him travel across 1870s USA and Mexico on the hunt for just one man. Desperados III isn’t afraid to lean into Wild West clichés like this, but games using this setting are so few and far between it largely manages to avoid a sense of ‘been there, done that’.

John himself has a suite of tools to help him achieve his goal, which often boils down to simply getting from point A to point B as creatively and quietly as possible. It just so happens that standing in his way are swathes of bandits and outlaws, all of which can pose their own types of problems you must try and work around using smart forward-thinking. The real-time action entirely plays out from a top-down view, as expected, meaning there are literally no barriers to prevent you from planning ahead effectively, adapting to each mission’s unique situation and specific objectives as needed.

Sometimes this might mean taking out as many bandits from afar, using John’s trusty knife to pull off countless stealth kills before the area gets too crowded. Other times, however, when things go real south you might wish to retreat until enemies lose your scent or go to town with your set of dual pistols. Each of Desperados III’s levels act as a creative sandbox of opportunity in this way, sharing much in common with IO Interactive’s Hitman – right down to how you can hide bodies in wardrobes, change disguises with certain characters and replay stages under different circumstances. 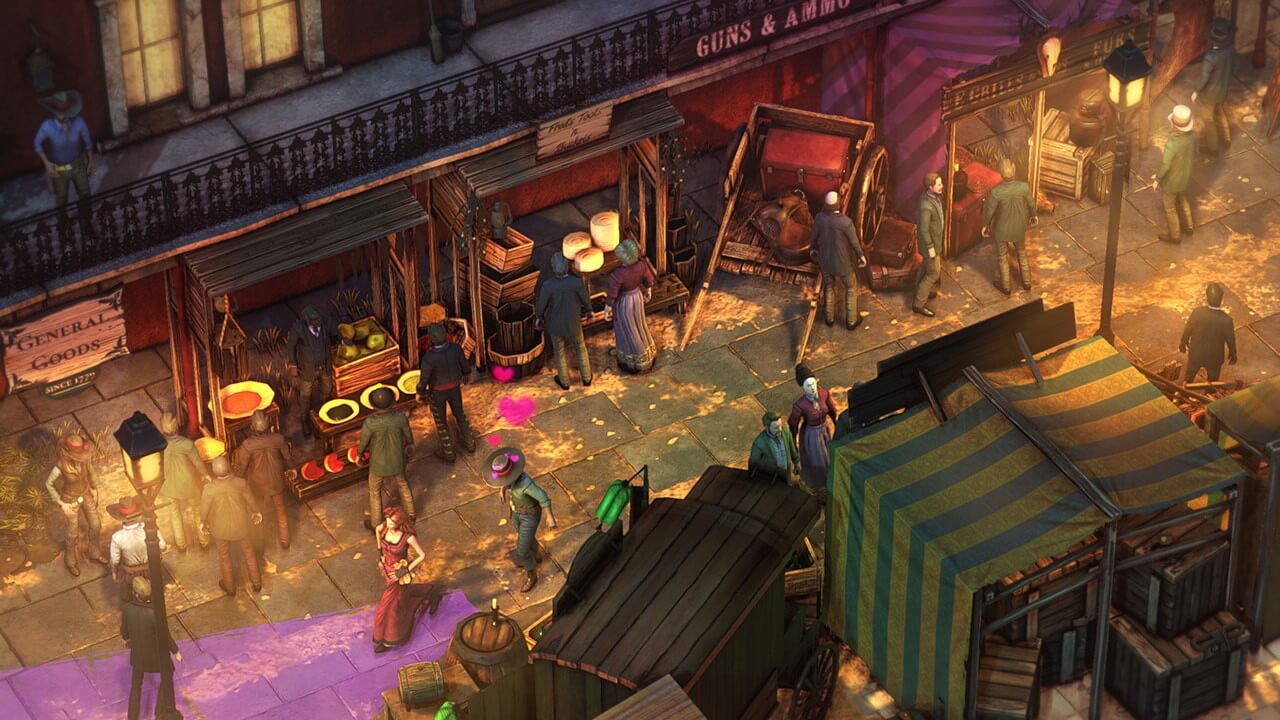 Alongside John are a handful of other characters that occasionally accompany you into battle, each with their own special abilities. Mexican bear trapper Hector, for instance, can lure in bandits to his location to trap and kill enemies in one move. Others like Kate O’ hara, meanwhile, might not be able to kill enemies but act as a useful decoy when John or another companion needs to sneak past out of sight. Isabelle Moreau is perhaps the most intriguing, if only for her voodoo mind control ability that enables you to have guards shoot each other. All five playable characters handle differently enough to make them worthwhile, even if John remains the most versatile option throughout this 20-or so hour campaign.

With levels so stacked with guards and enemies, you might be wondering how Desperados III remains a fair challenge rather than just unrelenting punishment. The answer comes in communication. The game is extremely open in relaying to you what is happening at any one time, best evidenced in the cone system that lets you see the gaze of the enemy closest to you. This, combined with the ability to move the camera to almost any angle or depth, makes it relatively easy overcome tricky scenarios using the abilities available to you.

Also aiding you in this regard is Desperados III’s Showdown mode, which can be triggered at any time to temporarily freeze the action so you can plan complex tactics. This feature is a holdover from the developer’s previous game, Shadow Tactics, but is an appreciated addition that makes taking out multiple enemies at once without anyone else seeing quite the breeze. It’s not often needed in early missions but does become almost a necessity in the later campaign. And for those RTS fans worrying that this will make completing objectives not challenging enough, you can rest easy knowing that Showdown mode is still available but won’t slow things down on the hardest difficulty.

All this freedom and possibility does unfortunately mean that Desperados III is heavily reliant on quick saving – to the extended that should a minute go by without you doing this a reminder will appear on the screen. It’s obvious what developer Mimimi was going for when implementing this mechanic, but it proves more annoying than helpful in the long run. A simple reminder at the start of each mission to continually save would have been enough to suffice. 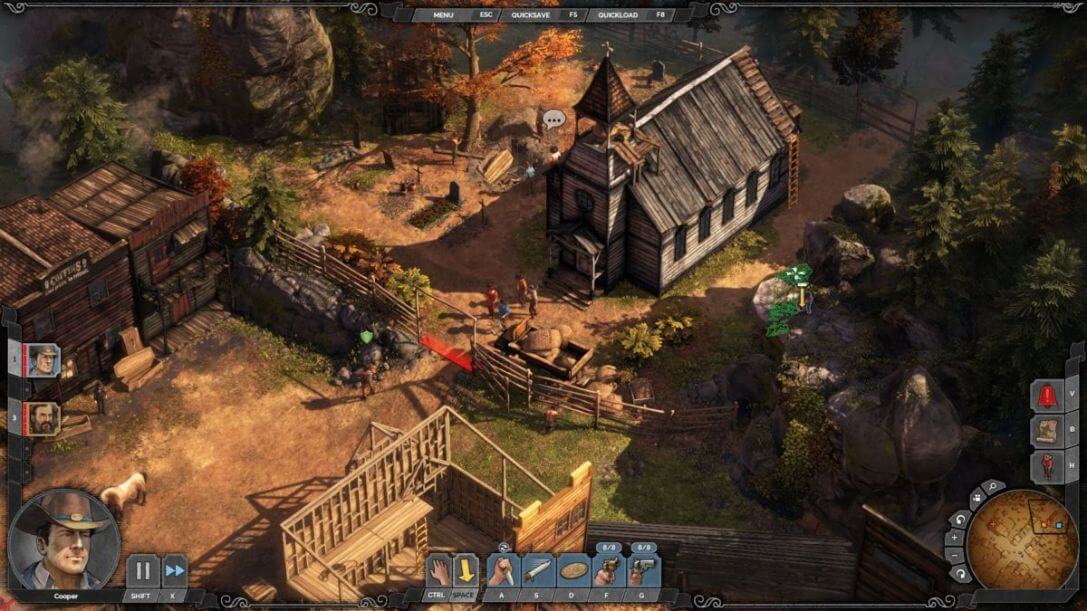 Another small let down is in how little the isometric perspective does for Desperados III’s narrative. In addition to in-game conversations between companions and text you can read ahead of missions, a lot of it is relayed via static cutscenes that don’t really let you see character’s faces up close. This is a shame considering that each gang member’s personality is so unique. The voicework is top notch, but sadly Desperados III’s technical limitations and its insistence on having you watch the story play out from above means that this revenge tale carries less weight than it potentially otherwise would.

Still, even with these slight drawbacks included, never once over the course of its dozen or so missions does Desperados III fail to engross you in its faithful recreation of the Old Frontier or empower you using a suite of ingenious stealth abilities. It’s likely that those unfamiliar in the RTS genre will still find some frustrations (namely in the continuous need to quick save) at first, but for the most part Desperados III does well to onboard newcomers and offers up just enough tactical depth to satisfy returning fans. There was over a decade between the last Desperados release and this one; here’s hoping the wait for the next one isn’t anywhere near as long.

The best price for Desperados 3 on PS4 and Xbox One