It won’t be long until Final Fantasy XIV’s Patch 6.2 is ready for us to download. Releasing on August 23rd, Patch 6.2 promises a wealth of new content for players old and new alike.

But as always with these patches, it’s hard to remember what’s actually coming. Fortunately, we’ve got a simple breakdown of all the content you can look forward to in Patch 6.2 and how to unlock it. 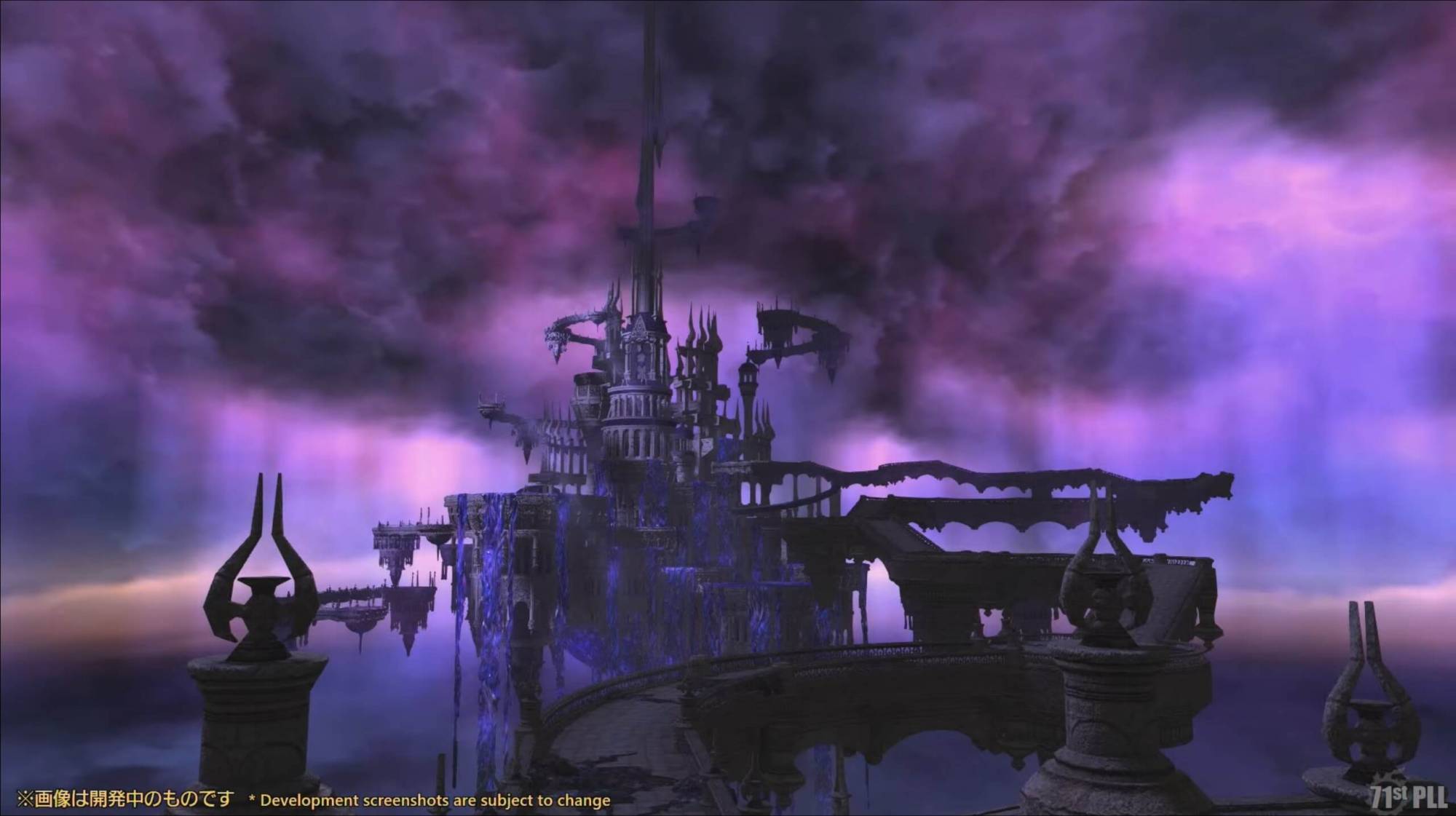 As part of the new story quests, you’ll unlock a 4-player dungeon known as ‘The Fell Court of Troia’. Based on the screenshot above, it looks as if you and three friends (or AI companions) will be travelling back to the World of Darkness to confront a new threat that awaits us there. Will we be reuniting with the ally of an old enemy? It won’t be long until we find out.

How to unlock The Fell Court of Troia:

In order to unlock the newest dungeon, players must complete the quest "In Search of Azdaja". This is part of the Main Scenario Questline and can be accepted from Varshahn in Radz-at-Han (X:4.4, Y:9.8).

We’ll also be fighting in a new 8-player trial. Unfortunately the details of which will be kept secret until the patch is released. However, if you paid attention to the story of the last patch and are a fan of Final Fantasy IV, you’ll likely have a few guesses as to who we will be facing.
The extreme difficulty of this fight will be released alongside the normal version, so you won’t have to wait before you start farming for that brand new dragon mount.

Of course, what’s an MMO without a thriving endgame? Patch 6.2 brings along some thrilling new content for players that want to test their skills and reap some brand new rewards. 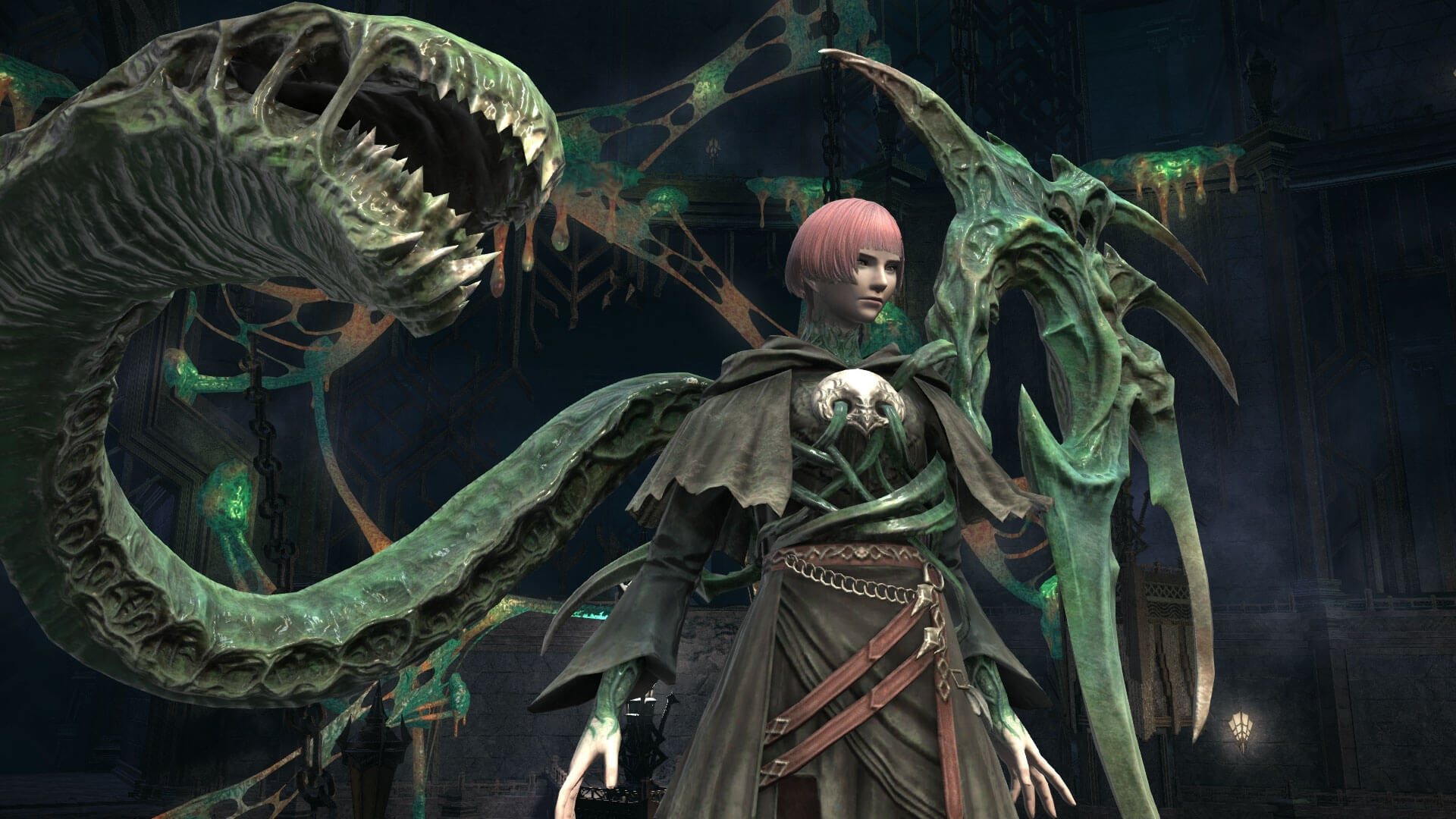 Abyssos is the name of the next Pandaemonium raid set. What awaits us in these 4 fights inside the long-forgotten ancient chambers? Nobody knows…for now.

For the first time ever, the Savage versions of these fights will be held back by a week to allow players to take their time with the rest of the content before jumping into the newest challenge.

How to unlock Pandaemonium: Abyssos:

To unlock 6.2's Pandaemonium raid set; Abyssos, players must have first completed the previous Pandaemonium quests ending with "Who Wards the Warders?". After that, the next set of raids can be unlocked by accepting the quest "An Unwelcome Visitor" from Claudien in Labyrinthos (X:8.6, Y:27.5). 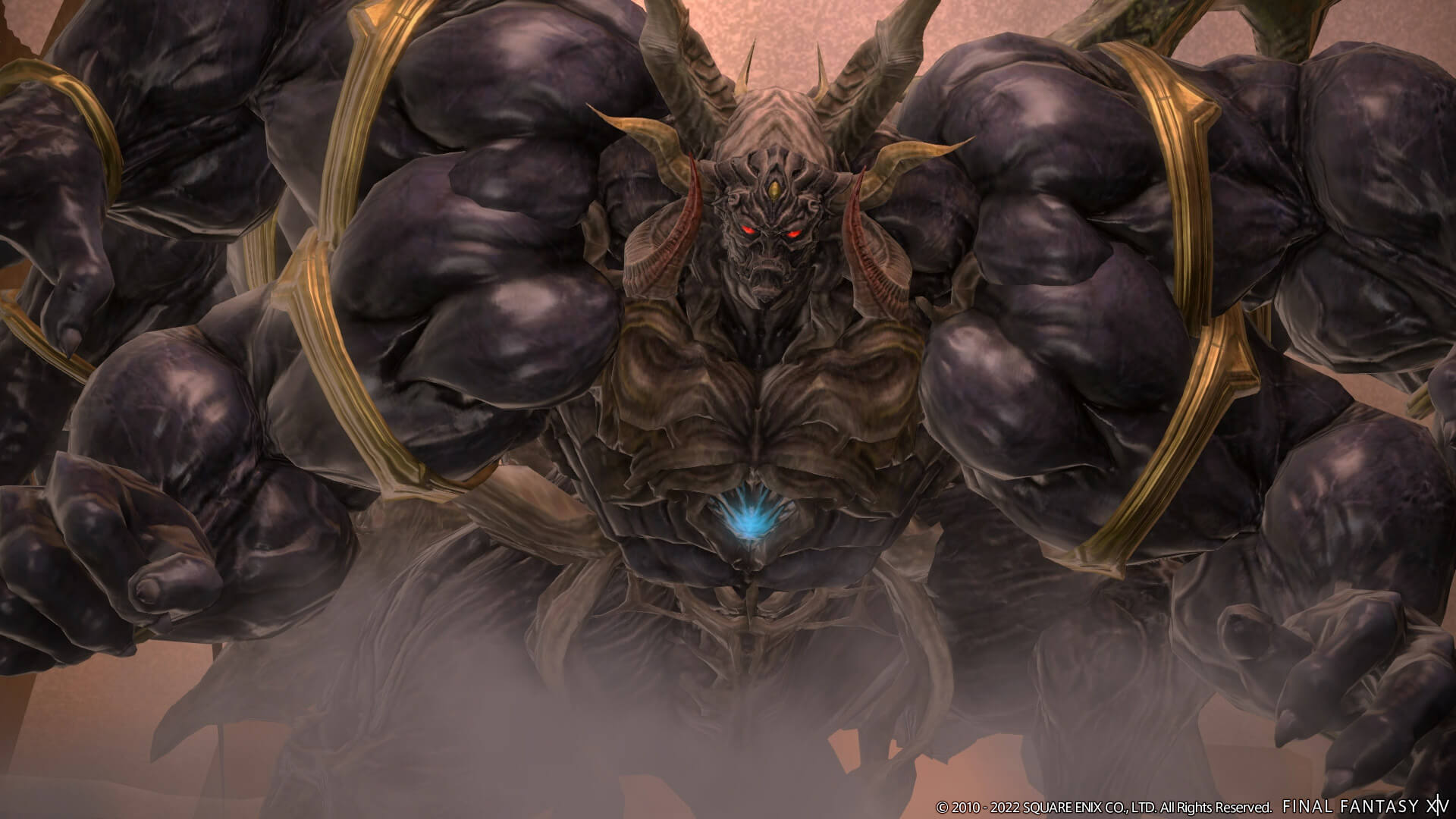 Replacing 6.1’s Ultima Weapon (Unreal) is the newest rebalanced fight - Containment Bay S1T7 (Unreal), or for simplicity, the Sephirot fight. Originally released in Heavensward, Final Fantasy XIV’s second expansion, Sephirot is a multi-armed beast that was tricky to beat when he was new. Nowadays he’s a bit of a push over, but as of 6.2, he’ll be rebalanced to level 90 and will hopefully provide an authentic challenge to players that wish to take him on as he was intended. Each week when you defeat him, you’ll be rewarded with a chance to play Faux Hollows, a small minigame with big rewards. So it’s worth taking on this challenge each week if you’re able to.

As with all Unreal fights, you must first complete the quest "Fantastic Mr. Faux" which is accepted from the Painfully Ishgardian Man in Idyllshire (X:7.0 Y:5.9). Before he'll appear, you must also finish the quests "Shadowbringers" and "Keeping Up with the Aliapohs". As an additional requirement, you must have also completed the normal version of Containment Bay S1T7, which is part of Heavensward's Warring Triad storyline.

While the main scenario is often the main meat of the patch, there are also new sidequests for you to dive into once you’ve reached the end of the new story. 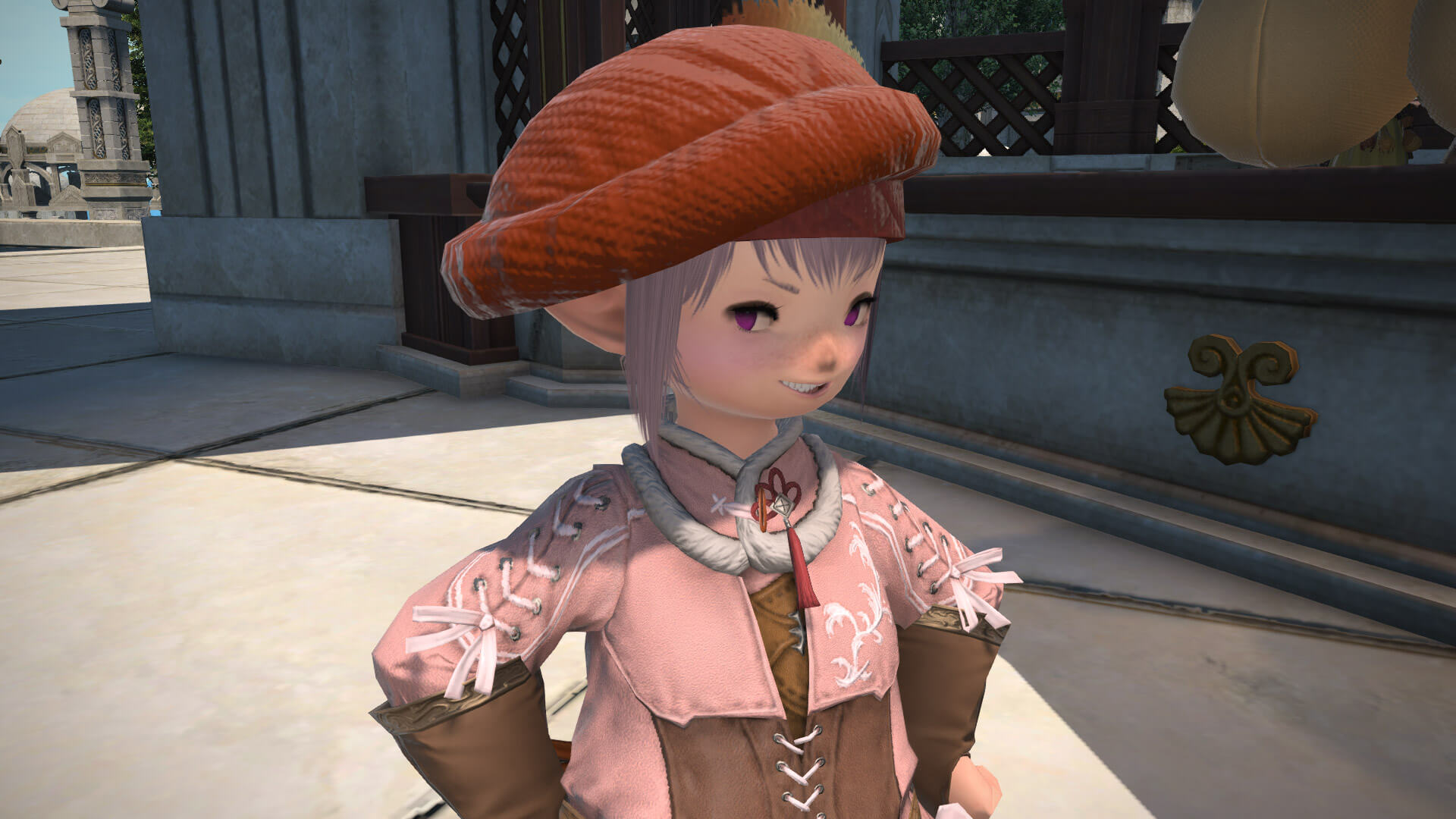 Tataru’s Grand Endeavor is a new sidequest series started in Patch 6.15. In it, Scion Coinkeeper Tataru tasks you with getting the word out about her new boutique. You travel across the world talking to familiar faces and getting them on board with Tataru’s newest project. It stands to reason that as of Patch 6.2, we’ll be going even further across the planet and continuing to build this craftswoman’s consortium.
If you’re behind, learn how to unlock Tataru’s questline in preparation for Patch 6.2 here.

How to continue Tataru's Grand Endeavor in 6.2:

To continue the Tataru questline that was started in 6.15, you must speak to Mehdjina in Old Sharlayan (X:11.8, Y:9.8), this will unlock the quest "Soaring Profits". Naturally, you must complete the previous Tataru quest "Small Business, Big Dreams". Additionally, you must also finish the Heavensward quest "A Redbill Farewell" as well.

Patch 6.2 finally brings a special treat for those of us that have been looking forward to a feature that was announced before Endwalker even released. 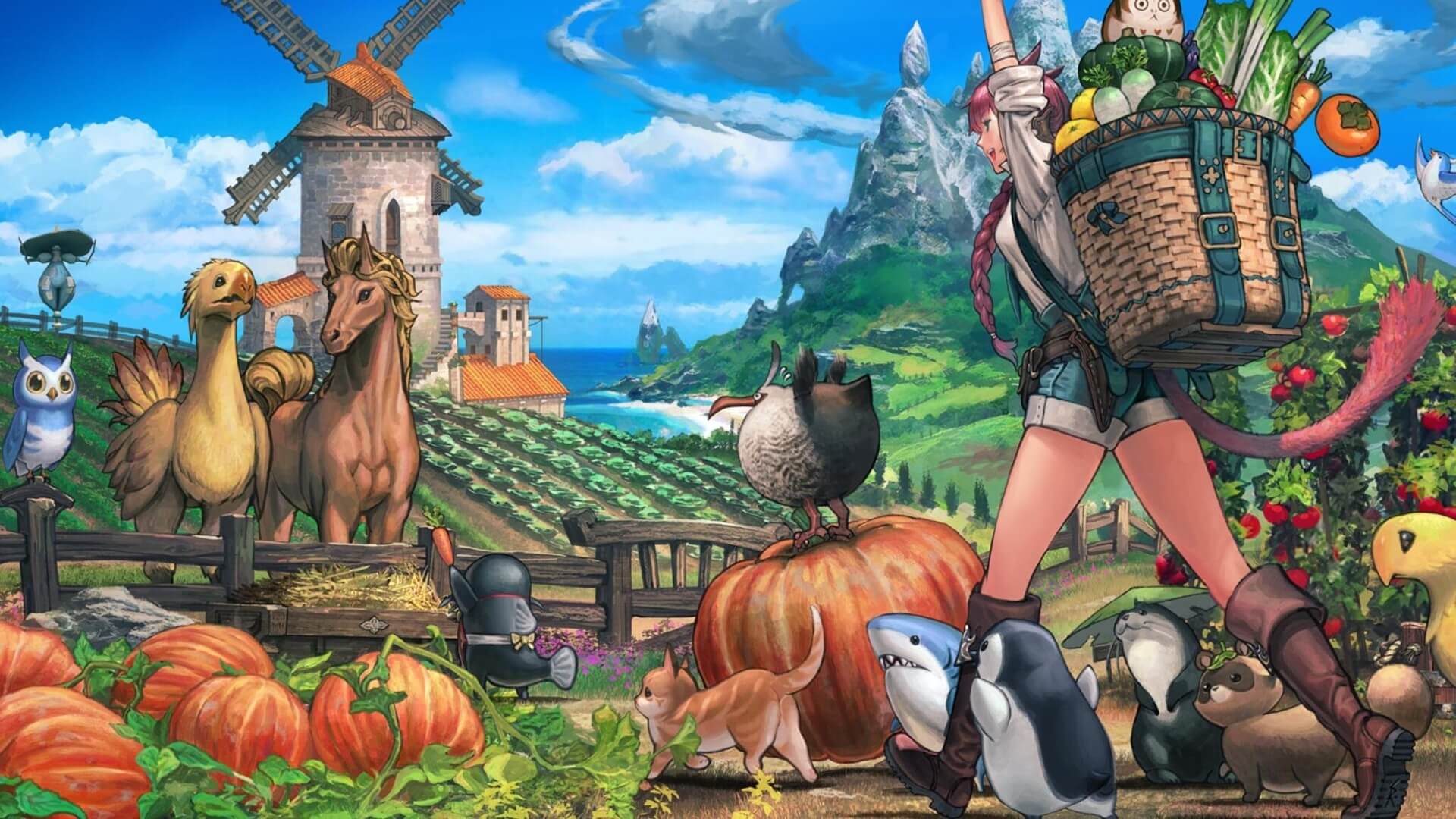 The long awaited Island Sanctuary content is finally coming!
Player housing move over, because the island sanctuary will be your own personal space where you can craft, gather, farm, customise, capture, train and socialise.

The main gameplay loop of the island sanctuary will be to gather and craft items requested by NPCs in order to get island currency. That currency can then be exchanged for rewards.
Outside of that, there will be collectable critters roaming about your island. Some creatures have rare variants for you to seek out and find, so you’re always encouraged to explore and see what you can discover.
Keep in mind that you won’t be able to fly on your island. You can still use your mounts, but you will be grounded as you carry out your island tasks.

To unlock the island sanctuary feature in Final Fantasy XIV Patch 6.2, you must speak to the Clueless Crier in Old Sharlayan (X:11.9, Y11.0). Before he'll appear, you must have also completed the quest "Endwalker", which is the last quest of the expansion of the same name. After that, you will be able to travel to your own personal island sanctuary by speaking to Baldin in Lower La Noscea (X:24.9, Y:34.8).

Outside of a whole new PVP reward track and prizes, Patch 6.2 will also bring a newly rebalanced PVP mode that has been missing since 6.1.

The MOBA-inspired PVP mode Rival Wings is coming back after an extended holiday. This game mode allows you to pilot mechs in order to destroy the enemy’s crystals, eventually unlocking the ability to attack their home crystal. Once either side’s home crystal is destroyed, the game is over.
Ever since it was released, Rival Wings has been plagued with balancing issues, and this is not the first time it’s been rebalanced. But hopefully it will be the last.

While not usually the most exciting additions, system adjustments are essential to keeping an MMO as big as Final Fantasy XIV alive. 6.2 goes above and beyond with these adjustments, helping the game feel a lot better to play. 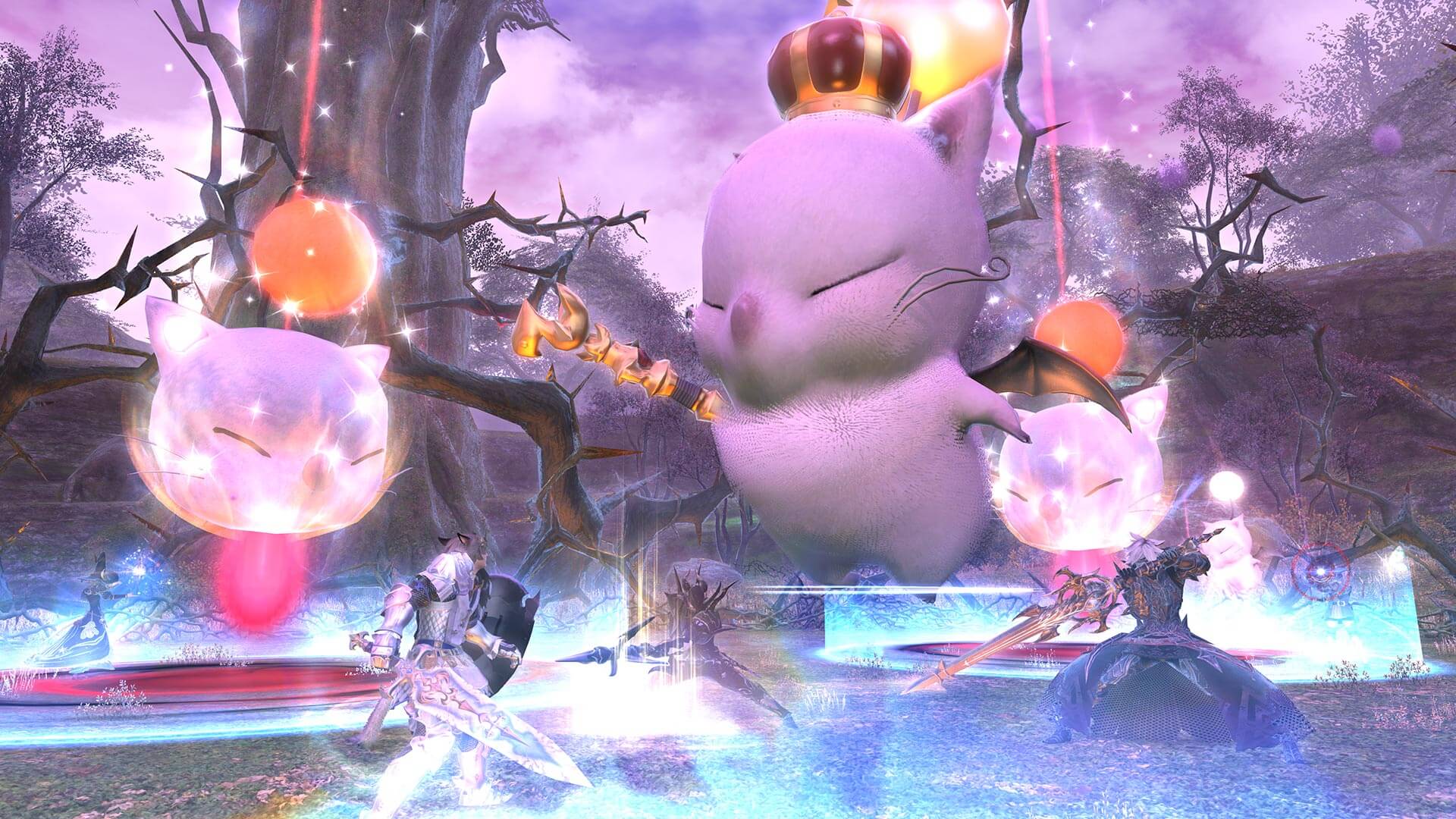 The developers of Final Fantasy XIV have stated that they want the story of this popular MMO to be able to be enjoyed in single player. In order to facilitate this, the following early dungeons will be playable with AI companions:

In addition, the controversial 8-player trial ‘The Steps of Faith’ will now be a single player fight when you reach it in the story.

The tweaking of old content isn’t stopping at those fights though. The infamous Good King Moggle Mog trial ‘Thronmarch’ has been rebuilt from the ground-up. As one of the oldest fights in the game, it’s been overdue for an update, and it’s going to be interesting to see what changes are made to this memorable battle.

The brand new adventurer portrait feature is coming out of beta (much sooner than I was expecting).. While this does mean your current portrait will be reset, it will offer you many new tools to play with. Chief among them is the ability to set a portrait for each gear set. That means you can have a custom portrait for each and every job you have unlocked and automatically swap between them.

I feel like I was only just discussing how useful of a feature this would be. As of 6.2, you will be able to request a high-level crafter to fix your damaged gear in and out of duties. That means that you should never have to leave a fight because one of your raid members forgot to repair their gear ever again.

The glamour dresser is crucial to changing the look of your gear and helping you dive into the true endgame: fashion. Unfortunately as of writing, you can only store 400 items in your dresser. While that sounds like a lot, the majority of players quickly burn through the allotment and beg for more. Fortunately, as of Patch 6.2, that capacity is being doubled. 800 items can now be stored in the dresser. However, I have no doubt that most players will fill that up in record time!

Remember to join our Discord if you want to talk MMOs and gaming with all the lovely people there.