Every big game releasing on PlayStation, Xbox and Nintendo Switch in March 2021 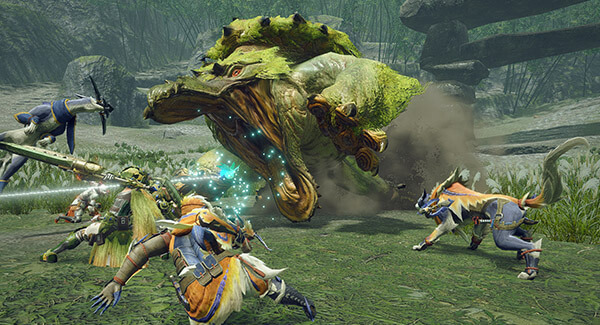 Major blockbuster releases have been trickling in here and there up until now, with mostly Nintendo tiding people over with games like Super Mario 3D World + Bowser’s Fury and Bravely Default II. Sadly, there’s nothing too Earth-shattering coming out in March either since the Prince of Persia: Sands of Time remake has been indefinitely delayed. Even still, for players on all console platforms this month has a couple of select treats to look forward to.

In this post we’ll be running through every big game releasing on PlayStation, Xbox and Nintendo Switch in March 2021, discussing what experience you can expect from each. We’ll even pull in the lowest price for every game using our bespoke price comparison tech, helping you to get the best possible deal. Lock up your wallets because here’s what March has in store…

Farming simulator fans aren’t left wanting these days when it comes to big, meaty experiences. However, the unabashed king of the genre is Harvest Moon, and players on Nintendo Switch have a totally new instalment to play when March 5th arrives. It’s still the same farming/life simulator mash-up fans have come to expect, only now it’s enjoyable in full HD across 5 unique and colourful areas. You’ll tend to your own personal farm growing crops on a seasonable basis, discovering harvest sprites around the world in order to unlock new food stuffs to grow. Harvest Moon: One World is primed to eat up hundreds of hours.

The next Hunting Simulator instalment sweeps players off to various Texan deserts and Colorado forests throughout Europe, tasking you to hunt down and maim 33 different animal species. This time, however, you do so with a faithful canine companion by your side, planning your strategy using different accessories and 160 real-life weapons. Hunting Simulator 2 had previously released on PC already, but on March 11th PS4 and Xbox One players can enjoy the scenic hunting sights, too.

The official video game for the 2020 AMA Supercross Championship arrived on PlayStation 5 and Xbox Series X|s consoles this March 11th, letting petrolhead players everywhere rev their engines to the top of the global leaderboards. This year’s entry features a totally new career mode, now making explicit use of a deep skill tree system to add an extra layer of depth to races. Monster Energy Supercross 4 also sees the return of the track editor, which can be shared with other players online. The major benefit, however, is the next-gen capabilities: Dynamic 4K and 60 fps brings you closer to the Motocross actions like never before.

Many people’s GOTY last year ended up being a Hades, an addictive isometric roguelike that tasked players to fight their way out of the Greek underworld. This simple act ended up being far more fulfilling than so many other of its genre peers, with Nintendo Switch players everywhere quickly finding a lot of joy in using the different weapons and traversing the four unique realms. March 19th will see Hades receive an exclusive limited-edition physical version, featuring an art book and download code for Darren Korb’s acclaimed soundtrack.

Overcooked! All You Can Eat (March 23rd)

The Overcooked! series may be singlehandedly responsible for causing friction between so many romantic relationships, but still players can’t get enough of this culinary co-operative romp. Publisher Team 17 recognised this growing hunger, asking players tot hold onto their chef’s hats for the next-gen version combining both Overcooked! 1 and 2. Creating as many food dishes within the given time limit won’t have looked or played better than in Overcooked! All You Can Eat, coming to PlayStation 5 and Xbox Series S|X this March 23rd.

The Nintendo Switch’s first major 2021 exclusive from a third-party comes from Capcom in the form of Monster Hunter Rise. Built entirely from the ground up for the Nintendo Switch hardware, this is the first true Monster Hunter entry made specifically for Nintendo’s system. Better yet, anyone who played Monster Hunter World on PS4 and Xbox will feel right at home on the Switch system, with streamlined features like less loading, interconnected environments and robust online co-op successfully transition over. March 26th sees the game arrive alongside a limited-edition bundle and Pro Controller (sold separately), so there’s plenty of ways to hunt in style.

Hazelight has quickly built a reputation for developing games with co-operative play it their core. It made its mark with the critically acclaimed Brothers: A Tale of Two Sons, before following it up with the split-screen driven A Way Out. It Takes Two continues this trend, placing teams of two into the shoes of an estranged couple who must work together after being transformed into dolls. It promises to be a fun-filled action-adventure where communication is key. Arriving on all major platforms this March 26th, It Takes Two will test the bonds of your friendship.