Download over 30 games for free during Amazon Prime Day

2 weeks ago by Sean Clarkson
0 Comments 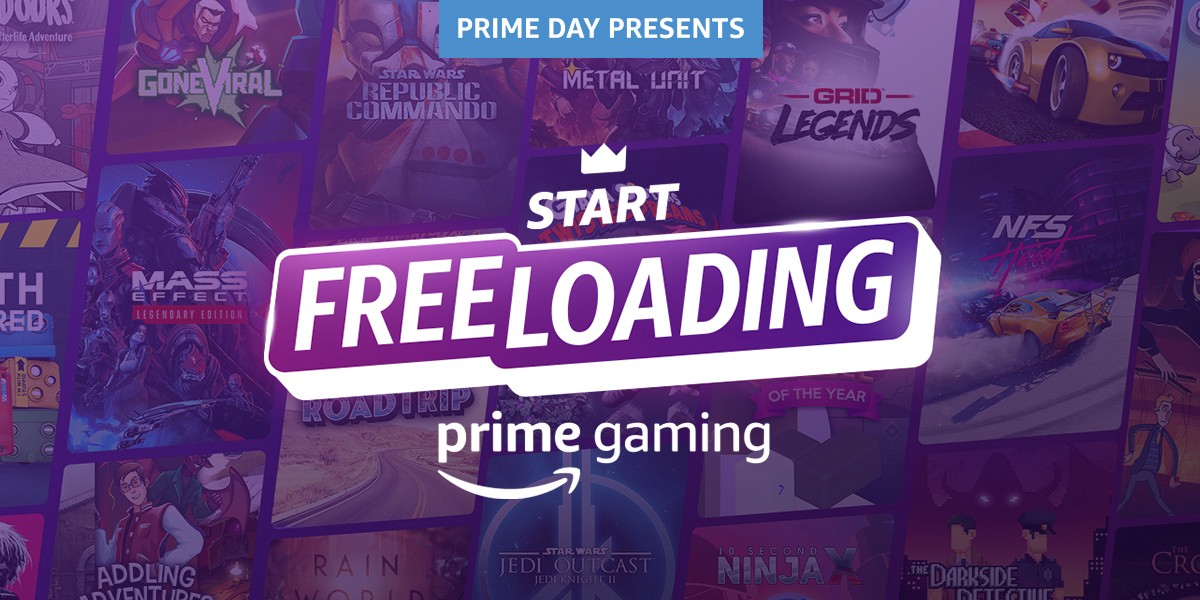 Amazon Prime subscribers are in for a treat on the 12th and 13th of July. During this year’s Amazon Prime Day (Prime Days? - It’s fine we’ll roll with it), not only are there going to be more incredible deals than you shake a cardboard box at, but there will also be over 30 games given away for free.

To get prepared, read up on our detailed Amazon Prime Day guide.

What games will be free during Amazon Prime Day?

The following is a list of games that Amazon Prime subscribers can download and keep between the 12th and 13th of July:

Free to claim between 12th and 13th July:

Fans of classic Star Wars games should be thrilled to be able to claim and keep those three games. Meanwhile, Mass Effect Legendary Edition is clearly the stand-out game. Bringing hundreds of hours of content, it’s the best value of the selection, and definitely worth a try if you’re yet to get stuck into the Mass Effect series.

If you’re itching to try something new before the 12th July, Prime subscribers can claim the following list of indie games from the 21st June. Jump into these unique titles and see if you find something new to love.

Free to claim between 21st June and 13th July:

If you’re an Amazon Prime subscriber, don’t miss out on these games. They may not all be to your taste, but some are incredible, often overlooked titles.

If you’re ready to catch some incredible deals this Amazon Prime day, make sure to read our guide on how to get the best deals here and keep an eye on our dedicated Prime Day page for the best offers on July 12th & 13th.