Though it might now seem strange to think it after all the hustle and bustle, 2019’s Black Friday has now indeed been reserved to the distance past. However, this year’s nationwide sales event proved our predication correctly, that it would be one of the biggest and best of recent years. Cementing this was a whole of host of great deals, particularly on PS4 and Xbox One, so we thought we’d use this time and information to take stock, looking at who ‘won’ Black Friday 2019.

But what exactly does winning Black Friday mean? Well, of course, it means completely different things to different people. Do you classify the winner as the console that enjoyed the most sales? Do you crown the champion of Black Friday whichever console had the best offers? In this instance it largely doesn’t matter, as we’ll be running through all the different caveats in this here blog post:

Without a shadow of a doubt, the uncontested Black Friday winner when it comes to the console bundle offering the most value was Microsoft with the Xbox One X. A console that typically retails for a frown-inducing £449.00 usually eventually dipped to under £300 over the course of Black Friday and Cyber Monday. And not only that, but the Xbox One X consoles available were bundles that included a great game. 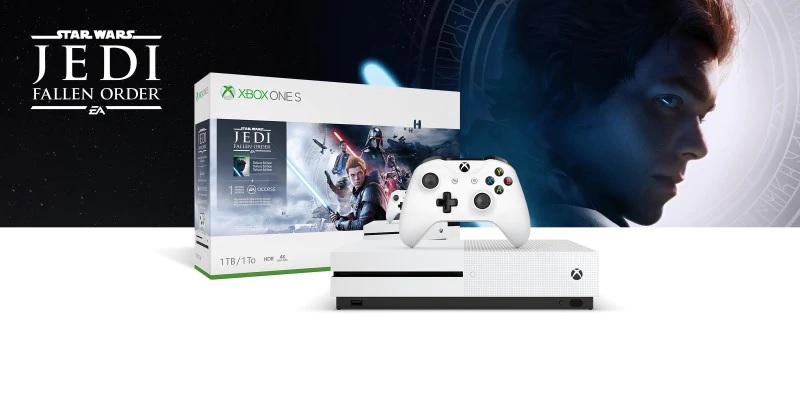 The most notable Xbox One X bundle (and the one that offered the most value) was the one that packaged in Star Wars Jedi: Fallen Order for just £285. This is incredible value and a saving of close to £200 when you consider that the Xbox One X typically sells for £449 and EA’s latest Star Wars game continues to retail for £40 on their own. The PS4 Pro tried to match this value by offering up both FIFA 20 and Call of Duty bundles for less money than usual, but any of the Xbox One X bundles represented the best value during Black Friday 2019. 4K gaming had never been so affordable!

In terms of the winner when it comes to pure sales, it shouldn’t come as a surprise that that title also goes to another member of the Xbox One family: The Xbox One S All-Digital Edition. Pitched as the console ideal for those who like to play games by only downloading them, its typical £199 price fell to just £129 at most UK retailers – an impressive saving of £70. In case their was any doubt of this, Gamesindustry.biz has since confirmed that the Xbox One was the no.1 best-selling console over Black Friday, narrowly beating the Lite version of Nintendo Switch that was reduced by £20 down to £179.99.

Eagle-eyed readers of the Gaming Deals highlights section will have noticed that one particular eBay seller even managed to beat the price of UK retailers on the Xbox One S All-Digital. Rather than the standard £129, this person was selling it for just £99. As you can imagine, though, products quickly ran out of stock and this likely didn’t contribute to Microsoft’s sales data, but it just goes to show how the Xbox One S was the Black Friday winner for securing the most sales.

But which console, we hear you ask, sold the most games over the Black Friday period? Perhaps unsurprisingly this award went to PlayStation 4, a console that has sold over 100 million units worldwide since launch. Because so many players have a PS4 it was always inevitable that this would be the console to sell the most software, no doubt help by great price slashes on recently released games like FIFA 20, The Outer Worlds and Call of Duty: Modern Warfare. 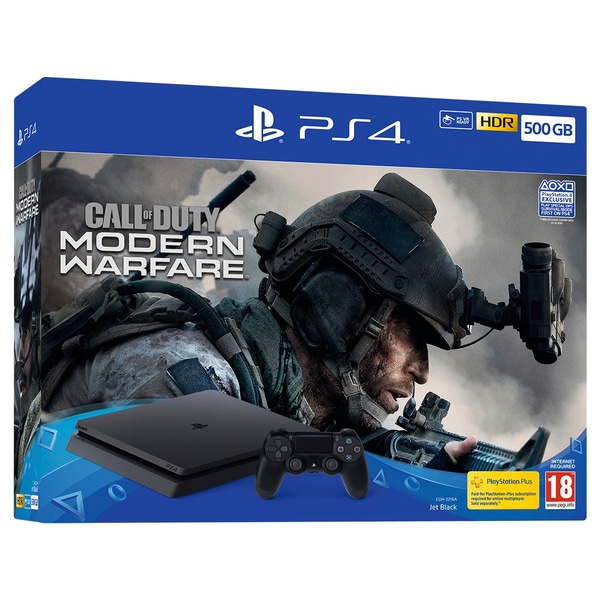 Rather surprisingly, this year’s Black Friday was also a good time to be a Nintendo Switch owner, as Currys PC World slashed the prices of numerous great Switch exclusives. Luigi’s Mansion 3, Link’s Awakening and Splatoon were all reduced to just £36.99. That might not sound like much to the outside observer, but it is when you consider that Nintendo games tend to hold their value. To summarize, all three platforms cleaned up with software sales, but PS4 ultimately came out on top.

So while Xbox may have dominated in terms of all things console and PS4 succeeded with the most software sales, which UK retailer was offering the best deals? Unsurprisingly, there was a lot of good stuff to take advantage of from Amazon, who offered up to 35% off hit games like The Witcher 3 and The Outer Worlds. However, as already mentioned, Currys PC World were no slouch for those seeking a great deal on Nintendo Switch exclusives.

Almost every UK retailer dropped their price of the Xbox One S All-digital to around £129, with Tesco slightly edging everyone else by knocking off an extra £10 for anyone willing to grab one in store. Almost everyone also dropped the price on the Switch Lite to £179.99, which would have been more than enough to tempt purchasers over to pick one up. Overall, no one Black Friday retailer stood above any other – most were prepared to offer gamers a great deal!