What is the best virtual reality (VR) headset for gaming? 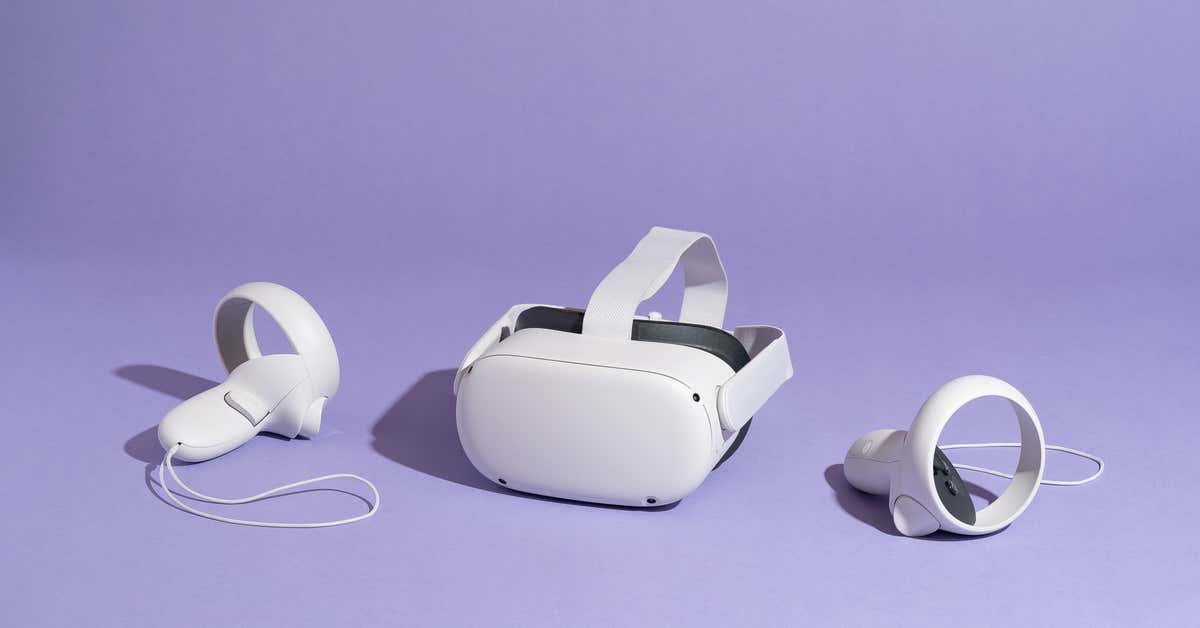 Throughout recent generations of gaming consoles, constantly improving performance and capabilities have led to the implementation of a variety of accessories. One of the most innovative and exciting of these is VR.

With the leap in performance to the latest generation of consoles, the Playstation 5 and Xbox’s Series X|S - we should expect to see far more of VR.

With the previous generation of consoles, Sony pursued VR much harder with the PS4 than Microsoft did with the Xbox One. Sony created the PlayStation VR headset, designed specifically for use on the PS4 and PS4 Pro. Whereas for Xbox users, they were reliant on other companies producing compatible VR headsets (such as Oculus).

This guide will explore the differences between the various VR headsets available currently, what works with what console, and what’s on the horizon for the world of VR gaming.

Which VR headsets work with the Playstation Consoles?

As the only headset designed specifically for a console, it makes sense for us to begin with PlayStation VR. Having sold millions of units since release, it’s safe to say that PS VR has acted as a solid proof of concept for VR’s potential popularity. Working in conjunction with PlayStation Move controllers for a completely immersive experience, PS VR has seen some good price drops and can often be found with the PlayStation Camera, VR Worlds and a VR-optimised game for £299.

It goes without saying that PlayStation VR is optimised to work best with the PS4, and particularly the PS4 Pro. The headset cannot function as a standalone device, so don’t buy one if you don’t have a compatible Playstation to hook it up to! (PS4 or PS5 will work, although PS VR is not optimised for PS5).

You can also connect the PS VR to a PC, however it requires a couple of extra programs and some tweaking to help make it run.

There are very few reasons to get any other headset than the PS VR if you’re looking to enable virtual reality on the PS4, due to its relatively low price and its native support. PS VR comes with a 5.7 inch 1080p OLED screen, which is a slightly lower resolution than the HTC Vive and Oculus Rift, but the tradeoff in convenience, functionality and price is undoubtedly worth it.

As mentioned above, although PS VR will work with PS5 - it was designed for PS4, meaning it isn’t necessarily optimised for use with PS5. With rumours of the PS VR 2 set for release early in 2022, it might be worth considering holding off any VR purchase if you are a PS5 user. 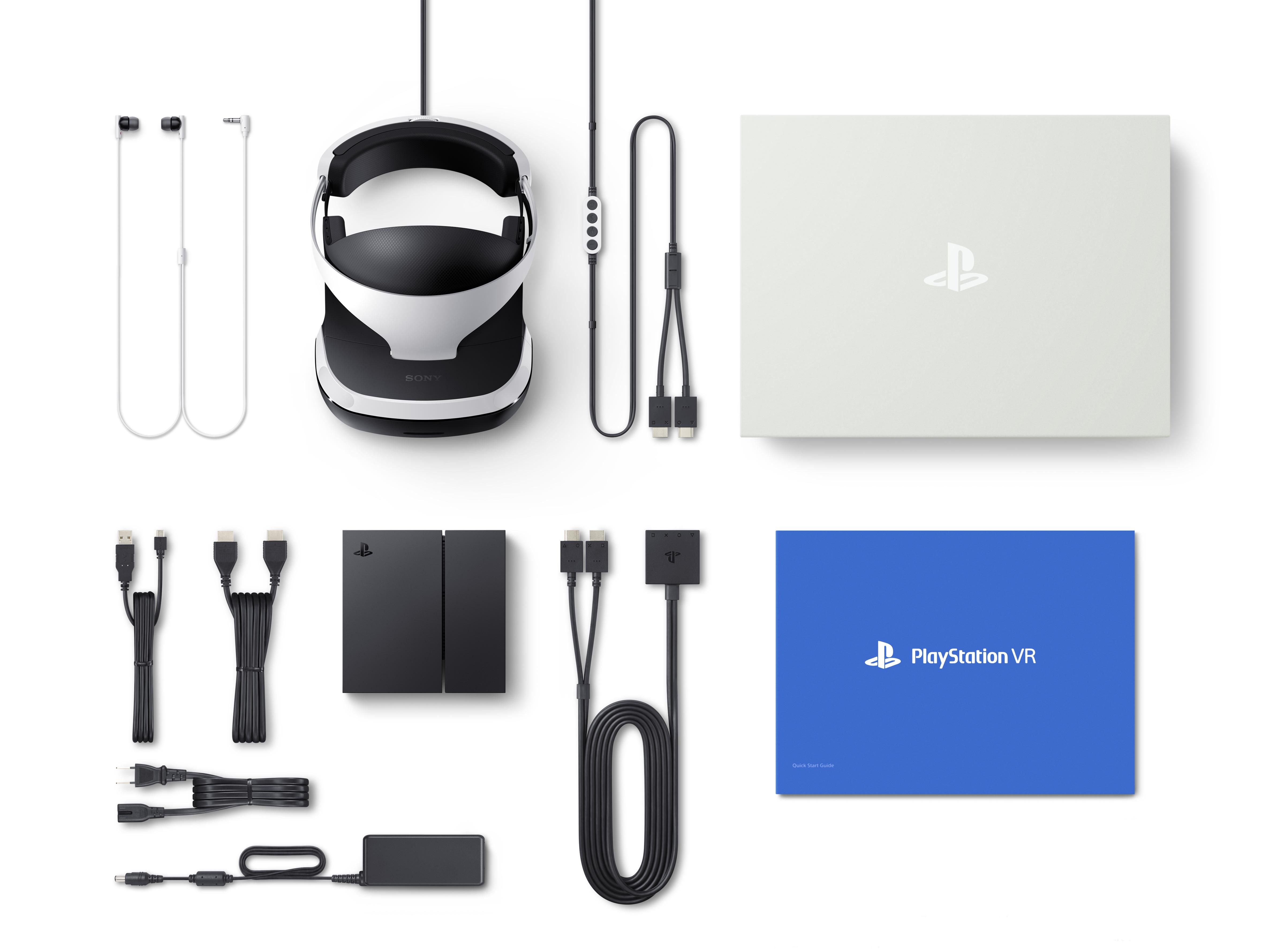 Which VR headsets work with the Xbox consoles?

Unlike the Playstation, the previous generation of Xbox consoles (Xbox one) didn’t have any native VR headsets, and thus users relied on companies like Oculus and HTC to get their hands on compatible devices. Microsoft have said that they’re reluctant to start producing their own headsets until the technology is available to produce affordable wireless headsets. We will see if this approach changes with this new-generation of consoles.

For the previous generation of consoles, The HTC Vive and Oculus Rift are both popular choices, and require relatively little setup to get working given the Xbox doesn’t officially support them directly. PS VR also works (but given that you have got an Xbox, do you really want to be using PS gear?). The Vive and Rift both utilise the Xbox’s streaming app, while the PS VR can be attached directly to Xbox via HDMI. However, there’s a catch with all of these.

Unlike classic VR experiences, where you can look around in real life and look in the corresponding direction in virtual reality, these headsets are not natively supported by the Xbox One. That means that they will only function as another screen, with none of the immersive features. The Xbox also won’t support the wireless motion controllers that come with most headsets. Playing with the headset set up as a screen is still an immersive, interesting experience, but it’s by no means a full VR experience.

Which VR headsets work with the Nintendo Switch?

Nintendo has a well-earned reputation for not playing it safe when it comes to hardware. From the Wii’s motion control focus to the 3DS’s stereoscopic graphics to the daring hybrid design of the Switch, they’ve never been afraid to push the envelope and find new and innovative ways of adding some variety to their games.

In fact, they were even well ahead of the current VR craze. Way back in 1995, before the N64, Nintendo launched the Virtual Boy. An ungainly device that rested on stilts, the Virtual Boy rendered games in crude, monochrome 3D. If you don’t recognise it, it’s because it fared so poorly in Japan and North America that it was discontinued before it launched in Europe.

However, there will be no such repeat of the Virtual Boy’s early trailblazing with the Switch. Though there’s no game developer you’d back more to find novel uses for the possibilities of VR than Nintendo themselves, the Switch is already squeezing every last drop from its miraculous hardware. Asking it to run a VR headset at the same time is simply too much. Not only that, but as the Switch is limited in terms of streaming capabilities, meaning that while you can use an Oculus Rift or HTC Vive to stream in the same fashion as the Xbox One, it’s a lot more complicated to set up.

However, there is something of a workaround that could yet give Switch owners a taste of VR, if not quite the full experience. Thanks to the Switch’s tiny form factor, the console itself could be slipped into a docking headset, similar to Google Cardboard with phones. Better yet, with the motion controls within the Joy-Con controllers, it’s possible that you’d be able to make basic gestures without the need for any additional hardware. Here’s a homemade demo in action: Could we see something like this in the future? Don’t rule out Nintendo!

What does the future hold for console gaming VR?

With PS VR selling as well as it has, it’s hard to see either Microsoft or Sony not making VR a big part of their plans for the PS5 and Xbox Series X|S. The big hurdle in the past has been the lack of technology and the hardware not being ready to run such intensive products. The PS4 Pro and Xbox One X both made this less of an issue with increased performance, and this new-generation of consoles are more than capable of running VR headsets, so one obstacle has been overcome, and steady progress is being made on the other.

Indeed, whichever company gets there first, or does it demonstrably better will hold a significant advantage when it comes to winning the ‘console war’.

Unfortunately, it’s difficult to see the price associated with VR coming down much. As we mentioned above, Microsoft have stated their aim is to get fully wireless VR. This technology is not far away from the mainstream at all, but does come with an added cost. Because of this, VR headsets will remain at the equivalent (or even slightly higher) price point of consoles for the foreseeable future.

It’s inevitable that a big investment in VR will be followed by greater software support. Sony has more in-house development studios and exclusive IPs they can call upon to support VR than Microsoft. However, Microsoft could potentially see VR as the arena in which they can truly battle back in terms of number of exclusives.