15 of the best indie games of all time 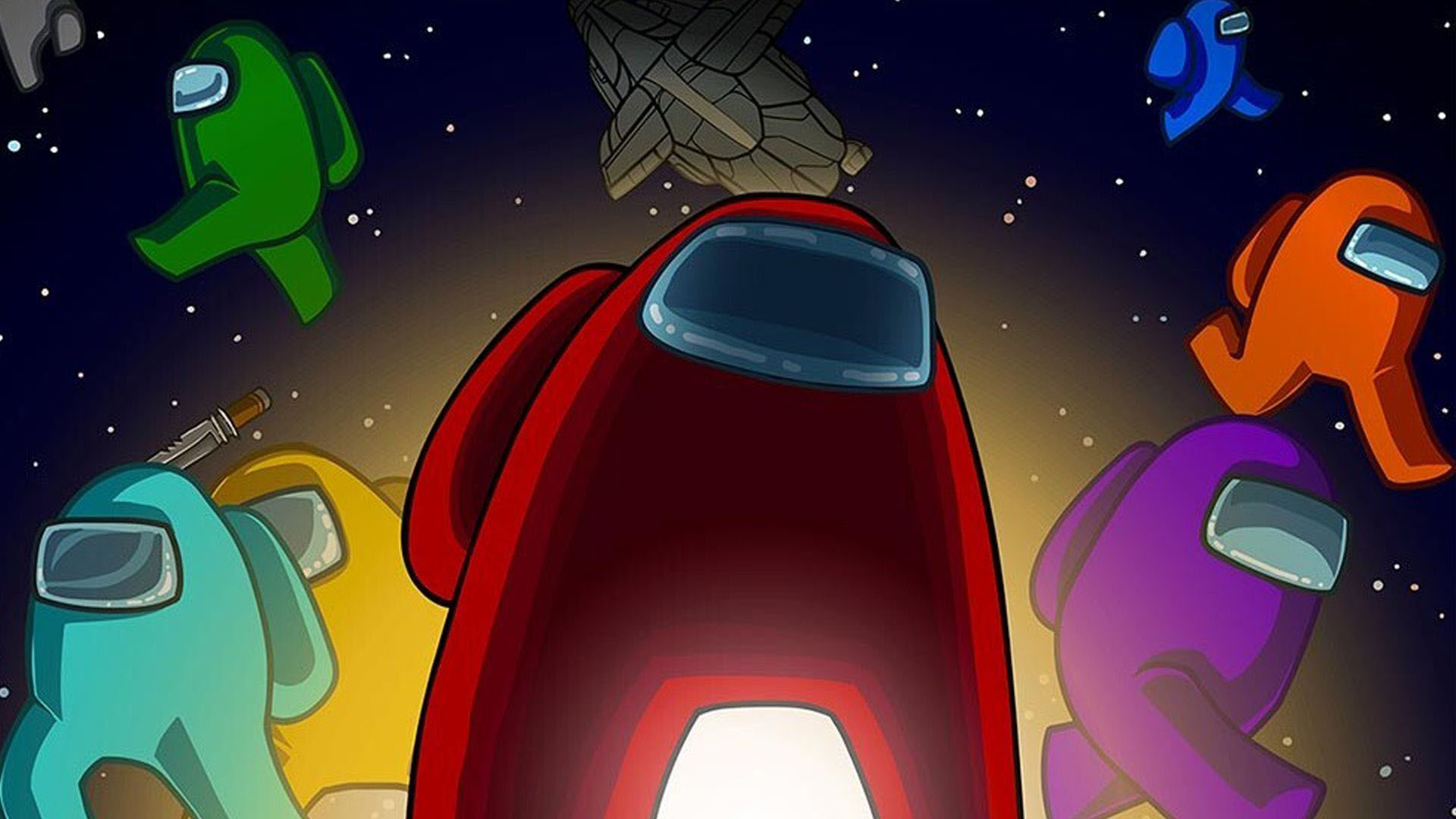 For as bright, shiny, and bombastic as Triple-A blockbuster games can be, there’s something to be said about tucking into smaller titles that are smaller, and often a bit more stripped-back. Since even before the PlayStation 3 and Xbox 360 era, the indie scene is where genres like platformers, metroidvanias and roguelikes have been allowed to evolve and flourish. As such, we at Gaming Deals think it well worth your time to rank the 15 best indie games of all time. 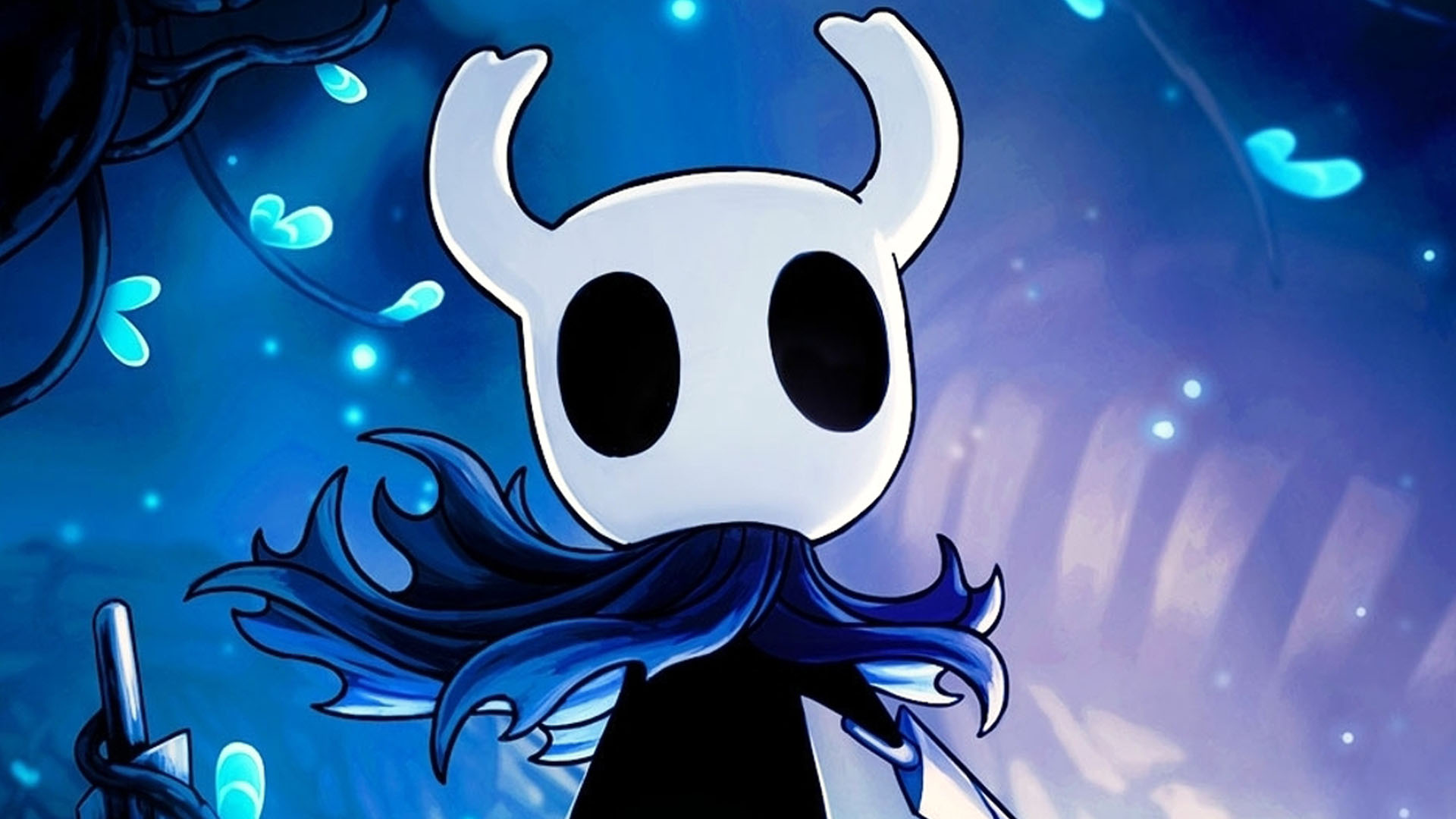 The problem with ranking the best indie games of all time, however, is that there are quite literally thousands of titles to choose from. Not a week goes by where tens of new indie games hit the digital PlayStation, Xbox, and Nintendo storefronts. That said, it’s a tough task but someone has to do it. These are the 15 best indie games we think you should check out first:

Heavily inspired by The Legend of Zelda series, RIME is an entirely wordless exploration adventure about a young boy who washes up on the shore of a mysterious island. Solving why you’re here and the story behind the locations around you requires solving various puzzles, climbing obstacles, and offering commands so as to influence the world around you. RIME is a classic case of the journey being better than the destination, but its whimsical nature makes it an indie worth playing.

Bloodstained: Ritual of the Night

What do you do when Konami refuses to make a new instalment into the classic Castlevania series? You make one yourself, of course. That’s what original series producer Kojii Igarashi did when kickstarting Bloodstained: Ritual of the Night, a spiritual successor to Castlevania that retains all the traditional hallmarks like backtracking, gothic enemy types, and various attack types – only now it’s presented through a modern lens. Bloodstained: Ritual of the Night is sure to scratch that Castlevania itch.

The Binding of Isaac Afterbirth+

The Binding of Isaac truly is the gift that keeps on giving, having released several post-release updates that has since added new room layouts and items. Such inclusions make trying to fight your way out of the basement as an unborn foetus all the more exciting, as you make use of several randomised power-ups that ensures no run ever need play out the same. This sheer unpredictability is precisely what makes The Binding of Isaac – and specifically its Afterbirth+ version – one of the best roguelikes, and one of the best indie games of all time.

The metroidvania genre continues to boom, but for many the art of creating one was already perfected when Hollow Knight launched in 2017. You play as the titular insect, travelling through an underground world full of interesting critters and various combat encounters. The world of Hallownest is one of the most mysterious you’ll see in games, revealing itself slowly the more traversal skills you acquire and the deeper you progress. Reaching the end might be tough, but it’s worth it as Hollow Knight is one of the best indies out there.

Comedic culinary chaos doesn’t look or play better than in either of Team17’s Overcooked! games, but it’s the first we find ourselves regularly going back to for seconds. Providing you don’t mind squabbling with your fellow chefs, trying to plate up and serve as many meals as possible within a host of increasingly outlandish environments is the ultimate test of friendship. Many have tried to replicate the feel of Overcooked!, but the original still stands as the best chef simulator out there.

The indie scene is rife with great detective games we could have chosen from, but this list deserves a very special one. Disco Elysium is exactly that, making its mark on the tried-and-tested genre by grounding you in its wholly original world and characters. You play as a downbeat cop trying to piece the mystery around him. You’d think that all aspects of his split personality talking to him would help, but it just makes things more interesting – for better and worse.

One of the more recent indie hits on this list is none other than social sleuthing game Among Us, which continues to be the ideal way to connect and play with fellow mystery fans. The majority of a spaceship’s crew try to keep systems running by completing menial tasks. Meanwhile, however, an imposter lies amongst you (hence the name) – and only by keeping a close eye on comrades can you tell the wolf from a pack. Among Us presents a simple premise, sure, yet it continues to be good indie fodder for “sussing” out friends in a light-hearted manner.

Reducing the large-scale battles between mechs and monsters to the size of a chess board might sound like a strange approach for a game. However, Into the Breach does exactly this and exceeds in countless ways. By removing much of the usual rigamarole found in a lot of turn-based tactics game, this second game from the two-man team at Subset Games makes combat challenging yet understandable. More so than that, Into the Breach is near infinitely enjoyable as you push monsters around, defend structures and complete randomised objectives in diorama-like fashion.

This mish-mash of Metroidvania and Roguelike ends up being quite a colourful ascent through the glitzy unknown, following one prisoner’s attempt to seemingly acquire as many power-ups as possible. Each of the various biomes you visit may stay the same in theme, but their layout always vastly differing forces you to think on your feet, gaining as many “cells” as possible so as to upgrade yourself just enough to complete the next run. Dead Cells has continued to be supported three years on, being one of the most popular procedural indie adventure out there.

While the first SteamWorld Dig game did well to present you with many randomised caverns to mine through, the sequel’s much more authored approach ended up working in its favour. It helps that Dot is a much more charming protagonist, too, making it easy to complete her rescue mission while acquiring new upgrades, trave routes and items in the effort to rescue your old pal Rusty. SteamWorld Dig 2 was one of the first indies available to play on Nintendo Switch – and it still holds up to this day.

If hard, tough-as-nails tactical adventures are your thing, then you’ll find exactly what you’re looking for in Darkest Dungeon. You’re required to put together a ragtag team, managing each’s emotion and level of fear so as to progress from dungeon to dungeon while battling all kinds of nightmarish beasts. Getting to the titular Darkest Dungeon is no easy task, however, and you’ll likely need to recruit various teams in order to succeed. It’ll take a lot of patience, but this is indie title is infinitely rewarding for hardcore players.

What initially started as a throwback to the 8-bit 2D platformers of yesteryear has quickly transformed into its own beast. Because while Shovel Knight may have consisted of just one chivalrous adventure at launch, the more recent “Treasure Trove” edition comes with not one, not two but three additional story expansions. Set both before and after the main Shovel Knight: Shovel of Hope campaign, you’ll get to play as previous bosses Spectre, King and Plague Knight in this jam-packed indie package. 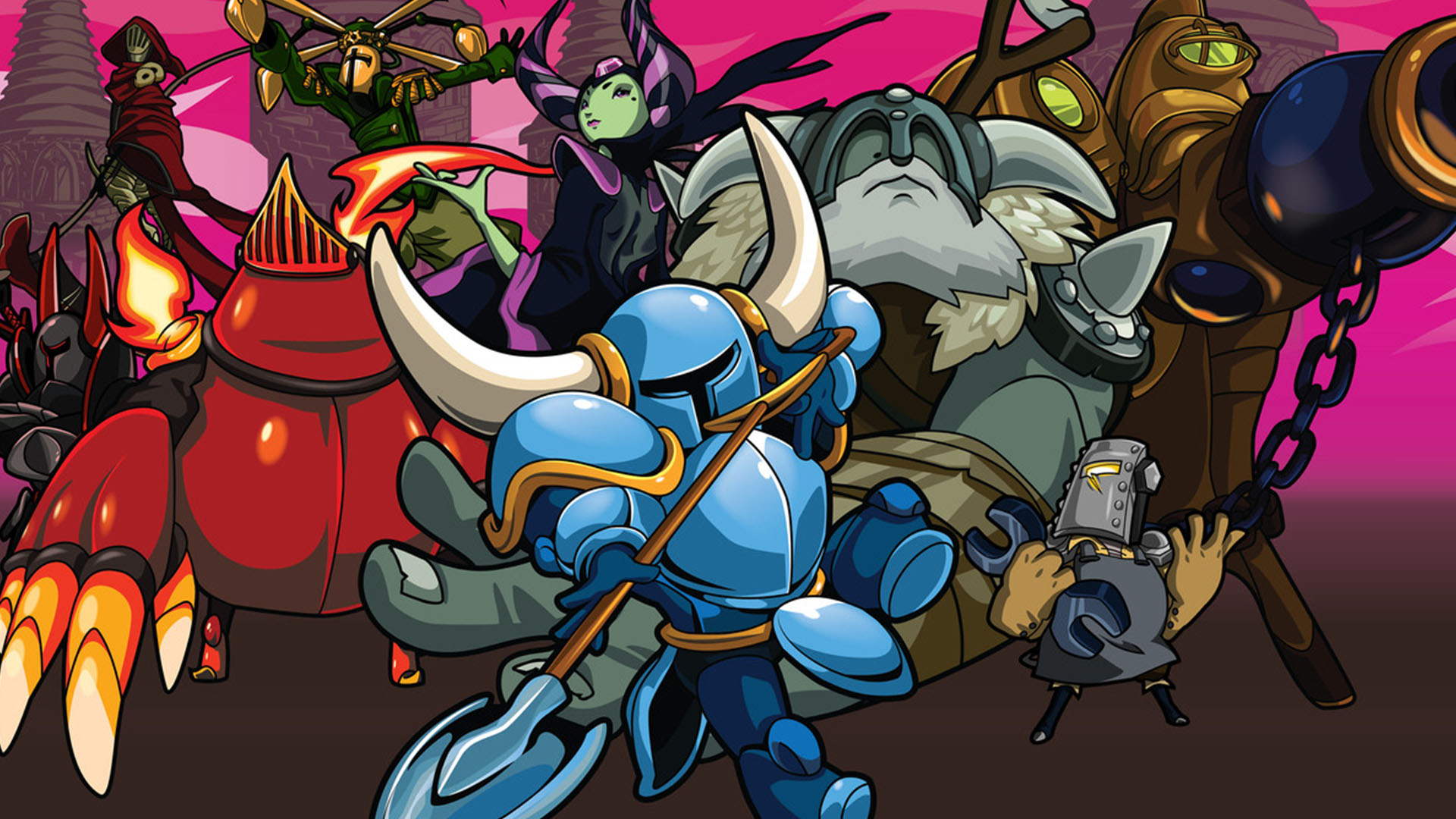 Speaking of incredibly challenging endeavours, don’t be fooled by the cutesy art style found in Cuphead. This 2D run-and-gunner might be highly inspired by serialised cartoons from the 1930s, but overcoming your deal with the devil is no laughing matter. You play as a Cuphead while another player takes on the role of Mugman. Together you must battle your way through various inventive bosses, trying to stay alive long enough to see this modern indie classic through to the end.

Stardew Valley took the relaxing farming formula established by the Harvest Moon series and absolutely ran with it. It’s an indie take on this classic idea, where you must learn how to run a farm. That means growing crops, managing livestock, and crafting helpful machines useful for making your job a lot easier. You’ll get to meet unique characters, grow your skills, all in the attempt to become the best farmer ever. Just be warned: farm life might seem simple but it’s also immensely addictive. You might find it hard to pull yourself away.

Hades isn’t your average action-roguelike. Rather, it’s a hellish descent into the domain of your titular father, with you slashing, dashing and dodging your way through four different biomes in one of the most creatively designed indies out there. What makes Hades unique is the seamless blend between tight gameplay and thoughtful story. Most indie roguelikes struggle to nail the latter, but here you’re inspired to break out thanks to the developing relationships you share with your fellow Greek gods. Combine this with a great art style and flawless combat, and Hades earns its place on this list as one of the best indie games of all time. 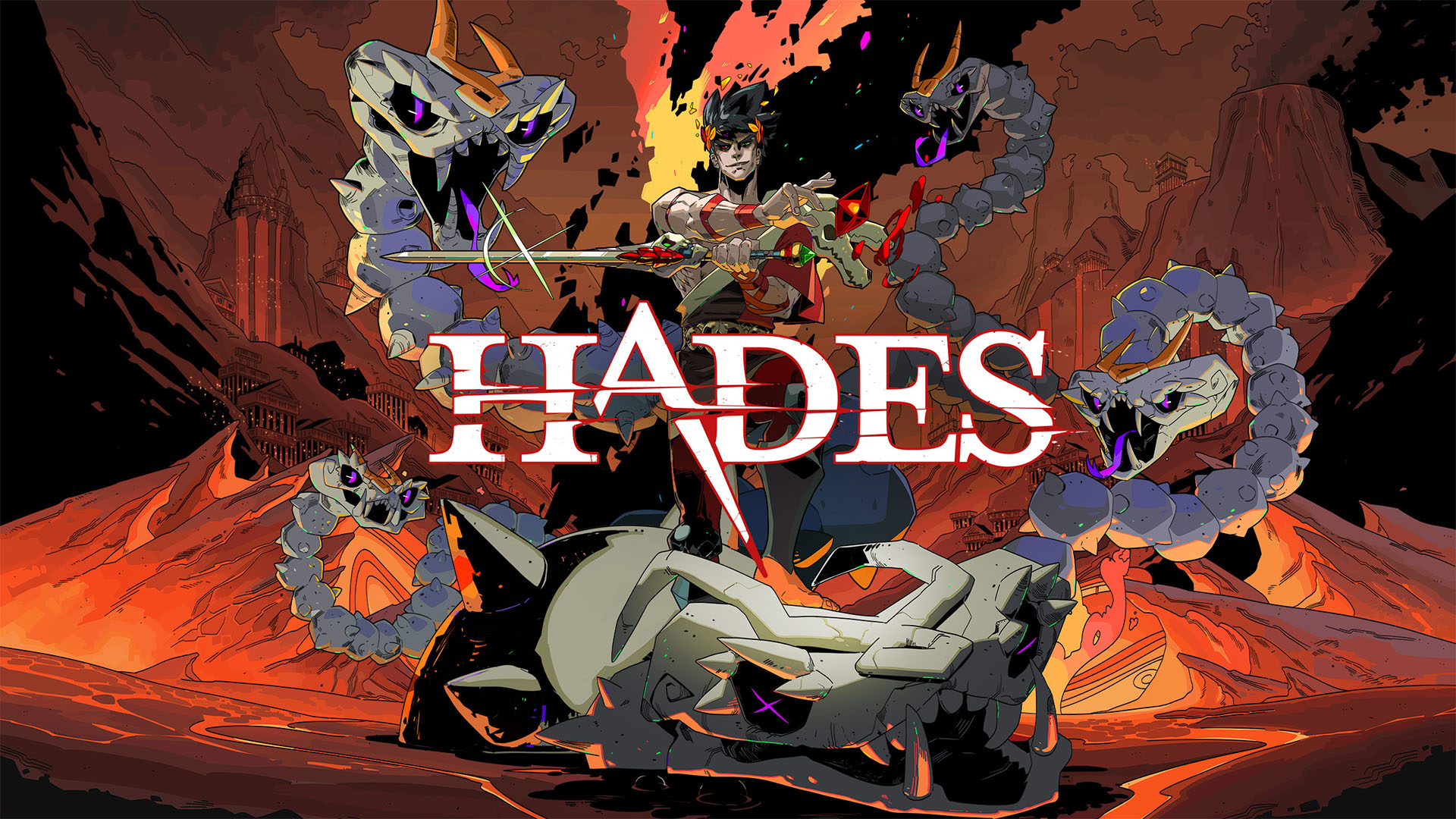 Let us know what you think to our list in the comments below, or if you think there's any glaring omissions - give us your take!
Comments
Latest Articles
1 day ago
0 Comments
What is the difference between the Xbox One, Xbox Series and Xbox Elite controllers?