Home
Games
Among Us 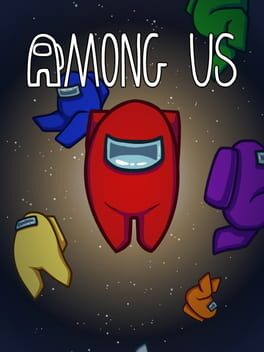 Among Us cheapest deals and lowest prices

Find the best deals on Among Us for PlayStation 5, PlayStation 4, PC (Microsoft Windows), Nintendo Switch, Xbox, Xbox Series X. We compare 131 deals (starting from £3.18) across every edition offered by our partner retailers.

Being locked up throughout most of 2020 was rubbish for lots of reasons. One of the few perks, though, was that certain indie games were given a chance to shine at a time when they otherwise wouldn’t. Among Us easily falls into this category, being the perfect party game to play online with friends. It now finally receives the physical retail release its due via three different editions, out now for PS4, PS5, Xbox and Nintendo Switch.

Among Us is a 4-15 player party game where teamwork and betrayal are the two core elements. You play as a simple crewmate performing duties on a ship, when suddenly it’s revealed that one or several alien imposters are amongst you. This challenges innocent players to sniff out said imposter(s), trying to complete tasks to keep the ship in orbit while picking up on any elements of sabotage. Only by booting the correct crewmate can you complete all necessary tasks in time!

The Crewmate, Imposter and Ejected editions let you sniff out sus crew members on consoles

The physical console debut of Among Us is being given the red carpet treatment deserves. Players have the choice of not one, not two, but three different Among Us editions in Crewmate, Imposter and Ejected. All available editions feature the base game and any DLC released thus far, while the two latter options feature extra goodies like map posters, enamel pins and more

Those good at lying make the best imposters

While no player would surely volunteer to play as an imposter, if you’re one of those chosen to sabotage the team’s success you’ll want to get good at lying. After all, any crewmember can call a meeting at any time, so whenever you’re require to dispatch a friendly you better make sure you have your story straight. Imposters who don’t risk getting ejected!

Regular crewmembers are tasked with completing several different minigames around the ship. Spotting players who aren’t doing this is your primary way of sniffing out sus imposters. However, each minigame still needs to be done if the team is to win, so you’ll need to become adept at aligning shapes, inputting codes and so on.