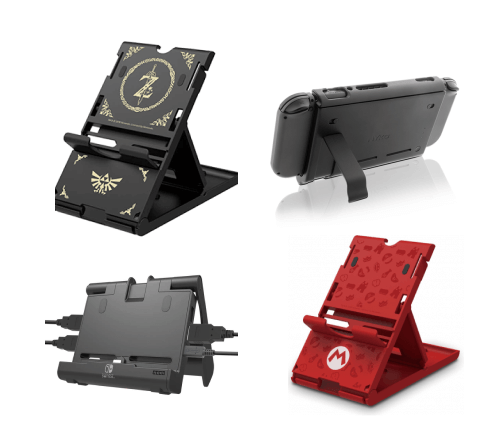 Compare over 16 Nintendo Switch Stand deals from 8 gaming retailers, with prices starting from just £7.99 to £26.79. Our easy filtering system allows you to find the perfect Nintendo Switch stand deal. 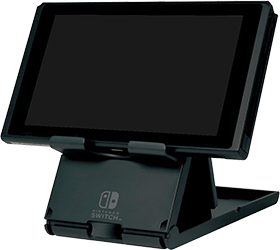 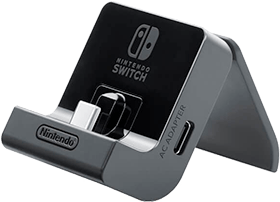 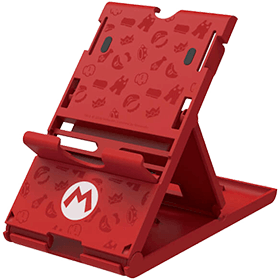 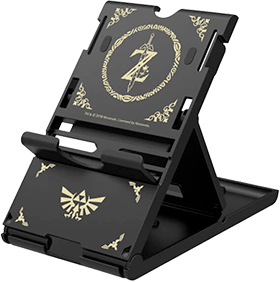 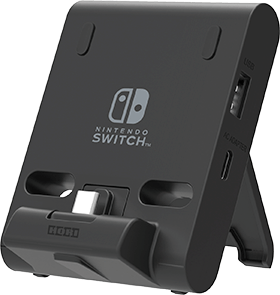 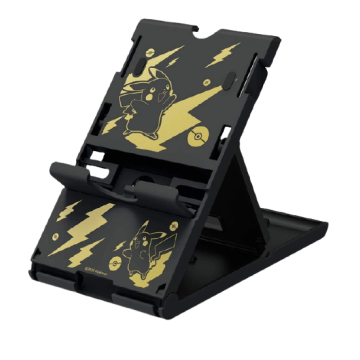 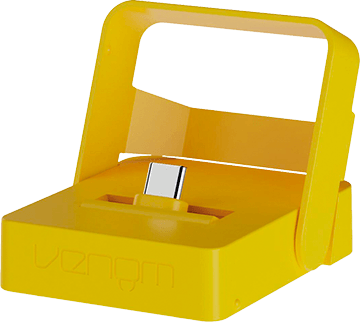 Make the most of the Nintendo Switch’s incredible dexterity with a play stand, giving you a new, comfortable way to play while on the move.

Though the Switch’s two main play modes are docked (on a TV) and handheld (with the Joy-Cons attached), the tabletop mode is absolutely perfect for everything from playing with friends at a party to making the most of tables on planes or trains. Some games, such as Super Mario Odyssey, play better with the Joy-Cons detached and motion control, so tabletop mode is a great go-between for docked and handheld.

Unfortunately, the Switch’s built-in kickstand doesn’t always offer the requisite stability, particularly when travelling, and its positioning means the Switch cannot be charged while the kickstand is in use.

These stands alleviate both of those problems, ranging from stands that elevate the Switch and give it a better viewing angle to Nintendo’s official charging stand, which allows you to plug your AC adapter into the stand and transfer the power into the Switch.