Xbox vs Nintendo Switch: Which new-gen console should you get? 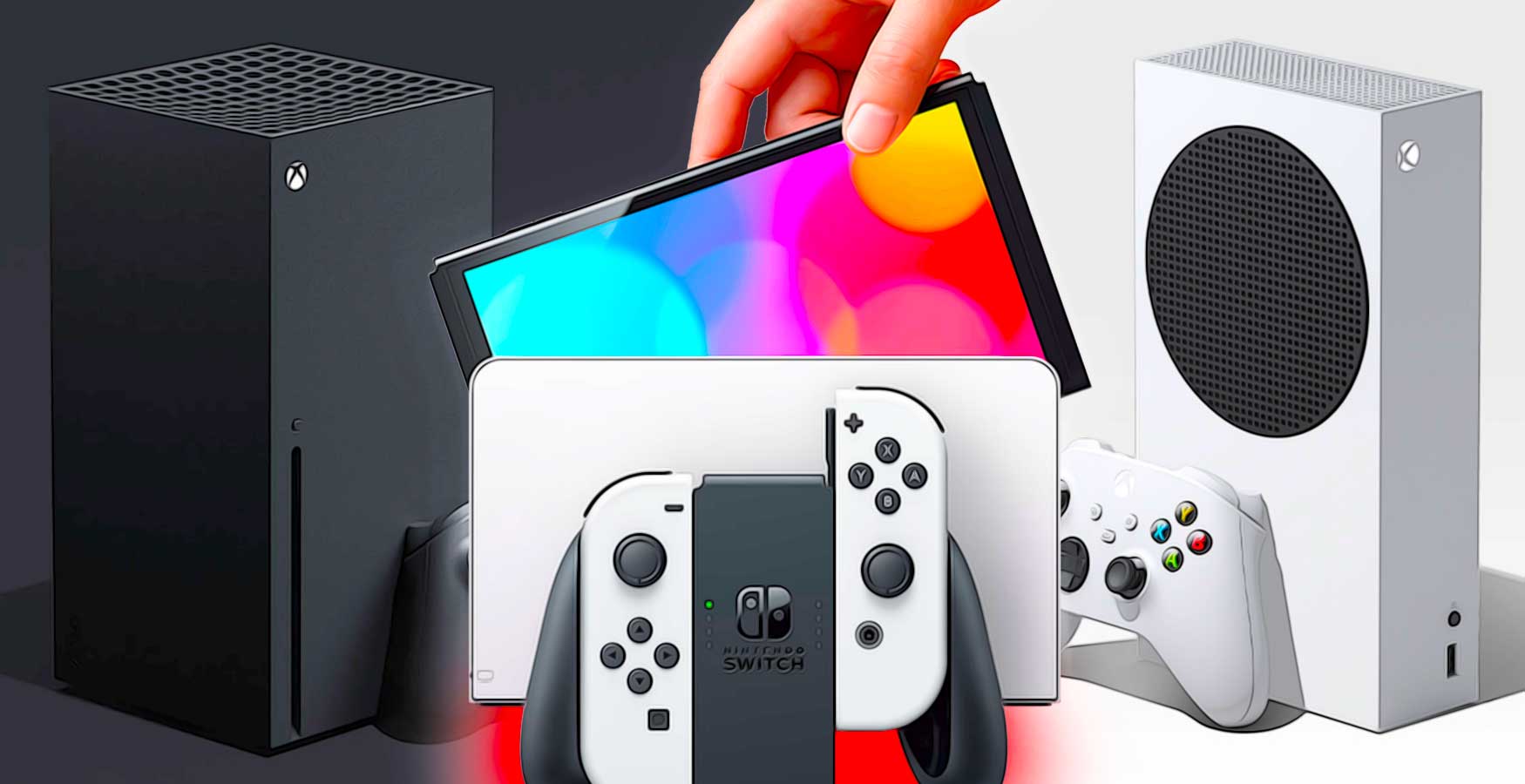 With the launch of the Xbox Series X|S in November 2020 and the release of the new OLED Nintendo Switch in October 2021, these consoles are directly competing for market share.

The on-going stock issues affecting the supply of the Playstation 5, has seen many gamers looking for alternatives, and gamers who may have been loyal to the Sony consoles are now considering a change. With that in mind, we will go through the specs of the Xbox and Nintendo consoles, providing a comparison of the 3 consoles: Xbox Series X / Xbox Series S & Nintendo Switch OLED.

The first of two Xbox consoles to consider, the Xbox series X is the most powerful console on the market, period. It supports the highest frame-rates, has the best processing power and best graphics money can buy. There's also the advantage of it having Xbox game pass with the console, which has a very strong lineup of games, including day-one releases.

It does also include a disc-drive which potentially gives it the edge over the Xbox Series S.

The downsides? It's not portable, it is the most expensive console on this comparison and requires a very high spec TV to truly benefit from its performance. We'd also argue it's the least aesthetically pleasing console to have sat in your living room.

The cheaper of the two Xbox consoles, the Xbox Series S is a digital only console, comes in an incredibly small & smart looking form, delivers a high level of performance (comparable to previous generation consoles) & offers access to the Xbox ecosystem of games and perks.

Some may argue, why get the Series S when the Series X is a better performing console - with the added bonus of a disc drive? There's 2 reasons; Cost & Setup.

The Xbox Series S is £200 cheaper than the X model. It also runs at a frame-rate that won't require you to upgrade your television just to truly enjoy it - meaning you can save that money on the console and the TV to expand your storage space or games library, and still have money to spare.

Nintendo's OLED version of the Switch may only be an upgrade of the original Nintendo Switch from 2017, rather than a completely new console, but that doesn't take away from the fact this is a great console.

Unlike the 2 Xbox Alternatives, the Nintendo Switch can be played in 3 modes; Handheld, Tabletop & Docked (TV mode). It's this versatility which makes this such a great overall console. Of the 3 'big' platforms, Nintendo is the only one offering a portable console (since Playstation ended production of the PS Vita). It's that handheld gaming that is the USP for the switch, and that is only enhanced by the OLED screen.

Glancing over the specs of the consoles, the Xbox's seem far more powerful, and they are - but there are caveats, for example, the 1TB storage of the Xbox Series X dwarfs the 64GB storage on the Nintendo Switch OLED; but the 100+ GB of storage required for one Call of Duty game also dwarfs the 7GB needed for a Zelda game on the switch, so its not really an 'apples-to-apples' comparison.

Furthermore, Nintendo has some of the best exclusive games; titles like Zelda, Pokemon & Mario are never going to be on other platforms - so that could swing it for you.

Overall the OLED is a significant upgrade on the original switch, and if you want to be able to play your games on the go, the Nintendo is for you.

In truth all 3 of these consoles are great. The Series X is simply ridiculous in terms of performance, the Playstation 5 can't even match it, the Series S is the best value proposition on the market and the Nintendo Switch is perfect for anyone wanting portable gaming.

The choice really just comes down to the individual gamer; each caters to a certain needs, and each has pros & cons. I personally have both the Xbox Series S & the Nintendo Switch OLED - I would highly recommend either.