Where to get the best Xbox One trade-in price

Have an Xbox One, an Xbox One S or a 4K-ready Xbox One X but want to swap it out either for cash or the all-new Xbox Series S|X? Submitting your Microsoft console for trade in is the best option for those looking to jump to the next generation or shakeup your gaming lifestyle by switching to PS4 or Nintendo Switch. Simply put, trading it in to a respected UK retailer is the best way to recoup some of the original cost and invest it elsewhere.

The price you’re quoted will be dependent on the quality of your Xbox One, what particular SKU or model it is, as well as how much memory it’s packing under the hood. The good news is that you don’t necessarily need to still have the console’s original box, nor the same Xbox One controller it was packaged with in order to trade it in. Here we’ll run through the Xbox One trade-in systems for three second-hand retailers in the UK, letting you decide where to go to receive the best price.

Getting your Xbox One ready for trade-in

Before you send your Xbox One off to the retailer or bring it physically into a store, there are a few things you can do to ensure that the process goes off without a hitch and reduce the risk of your console being rejected. Namely, find the original packaging if you can and make sure that all corresponding wires and cables are included. Most places won’t accept the Xbox One console by itself, so you’ll need to include an Xbox One controller – even if it isn’t the original. 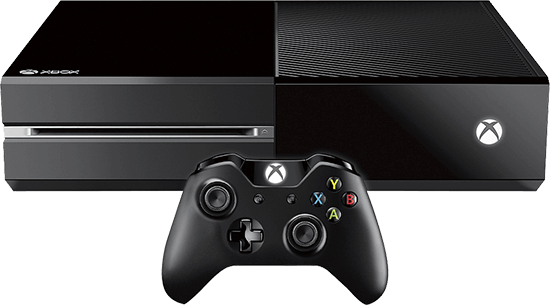 You’ll also want to wipe the console of all your data in order to preserve your personal information. This is easily done through Xbox One’s settings menu where you can restore everything back to its factory settings. Finally, clean your Xbox One using a microfibre cloth to make it as presentable as possible, vacuuming the system’s vents to remove any dust that might potential cause issues. Now your Xbox One is ready to be traded in.

Short of setting up shop at your local Car Boot Sale, you’ll never be at a loss for places where you can trade in your Xbox One. There are so many, in fact, that below we’ll only be able to break down the process for three of the UK’s top second-hand retailers. GAME, CEX and Music Magpie all have their own benefits, so let’s dive in.

Music Magpie are one of the most unique UK retailers in that they deal exclusively in pre-owned goods and are exclusively based online. This helps give Music Magpie a slight edge when it comes to the submission or trade-in process, which benefits customers by letting them get an instant price for their console and paying the agreed amount one day after it’s been received either via cheque, bank transfer or PayPal. Find your Xbox One model online, input the information and get it sent. 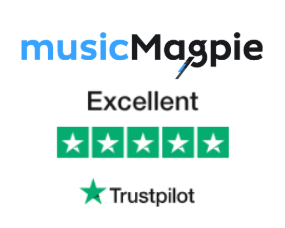 Music Magpie’s trade-in services comes highly recommended as evidenced by user reviews on TrustPilot. This is largely because the send-off service is extremely straightforward, letting customers send off their Xbox One using any box and fast payment upon Music Magpie’s receipt – usually on the same day.

Please note that by registering your details via the link below, you’re free to change your mind and won’t be charged a penny if you don’t go ahead and send your console to Music Magpie.

Register your details with Music Magpie

For you to have any sense of what a good price is for your Xbox One trade-in, it's worth taking a look at the current going rate for a refurbished or pre-owned console from your selected retailer. In this case it's Music Magpie, once accepted they'll resale your Xbox One with an included markup to help turn a profit. Knowing what this is could grant you some strong negotiating power and even better inform you of the specific quality your Xbox One should be submitted as.

The UK’s most prominent games retailer is no stranger to accepting pre-owned goods, known for selling refurbished consoles and accessories as much as they are new stock. Trading in your Xbox One is as simple as bringing it into the store, but GAME do also offer the ability to look up your particular console’s SKU and quality via their website and send it off to them directly. This saves you needing to waste time and energy on travel and assures you never pay deliver fees.

The following price listings are based on best possible spec requirements:

How much markup will GAME add when selling Xbox One trade-ins?

To help you negotiate a better price from GAME for your old Xbox One, we've included the cheapest refurbished Xbox One consoles sold at GAME today. It's worth remembering that GAME will need to refurbish your console before they sell it on, so if these prices below look much more than what they initially offer you for trading in your Xbox One, GAME will likely say it's mostly down to cleaning costs etc. 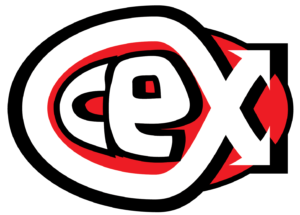 Like GAME, CEX are many people’s go-to place when it comes to trading in or buying second-hand gaming goods. Their website, webuy.com, features one of the most detailed online console listings, being extensive enough to find your exact Xbox One variant to find the specific price. You can bring your Xbox One into them directly in store or send it off. The latter requires you to create an account and input all the relevant information, before packaging it up and posting it via Royal Mail Freepost.

CEX are a traditional brick and mortar store, but like Music Magpie exclusively trade in pre-owned and refurbished goods. This means you're afforded the chance to visit them direct and in person when trading in your Xbox One, meaning it's easier for them to assess your console and avoid the risk of having it rejected or at a lower value initially advertised. You'll need to weigh this up against the convenience of sending it off from the comfort of home, though - the choice is yours.