This new Xbox Mineral Camo Controller looks fantastic, so long as you keep your eye on it

4 months ago by Scott Stowe
0 Comments

If the hotly announced Xbox Wireless Elite Controller Series 2 Core isn’t up to your tastes, you may enjoy the new Mineral Camo Xbox Series X|S controller which whilst less feature-rich is still a great option if you're in need of a new wireless Xbox Series X controller so you can take on your friends on FIFA 23.

What is the Special Edition Mineral Camo Xbox Controller?

Sporting a sleek blue base with a splattered camo pattern on top, it’s definitely eye-catching. Blue buttons, thumbsticks, and d-pad make this look very nice when compared to the standard controller. While it, unfortunately, won’t make you play any better, you can be the envy of all other Xbox Series X gamers when you show it off at your next games night.

If you're still playing on Xbox One don't worry as all Official Xbox Series X | S controllers are backwards compatible with your Xbox One consoles and are definitely worth upgrading to.

Featuring everything you’ve come to expect from a standard Xbox Series X|S controller, you’ll easily be at home using this new special edition variant. The only issue with camo-themed objects is that if you’re not careful, you can easily lose track of them. So be careful when you set your new Xbox Mineral Camo controller down after a long gaming session. You might never see it again…

Good news if you're keen to pick up this special edition controller right away as it's already available from some UK retailers (Microsoft & GAME). The controller was released on the 27th of September simultaneously with its announcement from Xbox.

As to be expected the controller is retailing currently at £59.99 which is the norm for a new official release. As this is a special edition controller similar to the 20th Anniversary Controller we saw not too long back we'd expect this one to probably sell out. This means we're unsure if patience will pay off and see the controller drop down to the lows of £42.85 that we've seen with the other Xbox Series X colourways such as the Pulse Red and the Shock Blue. If you're looking to spend a bit less then be sure to check out our picks for the best Xbox controller deals which shows the Shock Blue currently just £42.85 at ShopTo at the time of writing.

Jokes aside, if you want the best price on this controller or if you’re looking for the best Xbox Series X|S controllers, you’ve come to the right place. Check out our comparison below. 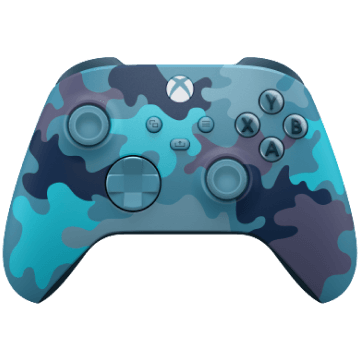 Once you’ve picked up your controller, make sure you’ve got the best Xbox Series X|S games to play with it. On GamingDeals.com, we compare prices of games and accessories to ensure you always get the best price.