Why does Console Deals sometimes promote and compare video game prices from eBay?

Once the go-to online storefront for people who enjoy bidding on a potential bargain, a lot has changed with eBay in the years since it first launched in 1995. Did you know, for instance, that this internet behemoth no longer solely sells second-hand goods, and does in fact feature a wide market of brand-new sealed products courtesy of its partnered retailers? You do now. You may also think that high street giants like Currys PC World and Argos solely sell through their own website or physical shop, but you’d be wrong. Because eBay is another viable avenue in which to access their goods.

We at Gaming Deals work with a lot of the UK’s major retailers to bring you the best price from them direct, but by also comparing video game deals from their eBay storefronts (as well as those from other trustworthy retailers) we’re able to find the lowest price for all the best accessories and Triple-A game releases. In this advice guide we’ll explain in more detail just some of the perks why listing brand-new products from eBay retailers is often advantageous. Long story short: eBay is no longer only pre-owned.

Though it might sound like a strange prospect, eBay is regularly used by some of the UK’s biggest retailers to reach a wider customer base. They’ll create an account here, listing products that are identical to those you’d expect to find from their own website. Why do this? Well, in addition to catching the eyes of purchasers that potentially wouldn’t think to visit them direct, eBay is a good way for UK retailers to sell excess stock they typically wouldn’t want to mix with their new product lines. Games are a prime product for this.

Let’s use a game like Horizon: Zero Dawn as an example. For the first year of the game’s release, this PS4 exclusive will likely continue to sell as more new players pick up a PS4 or are in search for their next big Triple-A investment. However, retailers like Argos and Currys PC World will eventually want to get rid of their unsold copies as fast as possible once interest in the game has significantly dialled down. Initially they’ll do this by reducing the game’s price on their own website, sure, but when units no longer shift, retailers will use their dedicated eBay storefront to move them even more quickly.

As you can imagine, instances like this are incredibly common, and often see games (that are admittedly months or even years old) sold for much cheaper than on the retailer’s own website. eBay may have once been thought of a place where single-sellers and average consumers go to sell their unwanted good. In reality, however, retailer giants also use the site in the way we’ve just described, hence why we at Gaming Deals compare their video game prices.

As well as recognisable retailers listing on eBay, the site is also home to those who exclusively sell there. The most common example you’ll likely see crop up in our price comparison tables is a retailer called Boss Deals. They don’t have a dedicated website, you see, instead focussing its efforts fully on the single eBay avenue so as to keep costs incredibly low. This inherent nimbleness allows eBay retailers like Boss Deals to stay competitive with better-known UK retailers that sell video games. Depending on the time of year, these smaller outlets can undercut the usual bigwigs.

Now, we obviously wouldn’t recommend simply going to eBay and purchasing your games through a seller you’ve never heard of before. This is the internet, after all, and there still exists a small minority of eBay listers that may not be legit. However, by searching for the best price on that video game you want to pick up here at Gaming Deals, you can be confident that any eBay retailer we present before you is trustworthy. Boss Deals is just the tip of the iceberg. 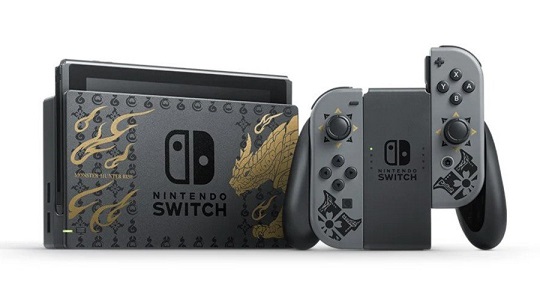 Site-wide percentage off sales almost every month exclusively on eBay

Everybody loves a sale. We at Gaming Deals know this more than most, so we’re pleased to compare video game prices listed on eBay as it’s a platform that regularly rolls out limited-time offer code sales, which can see prices of games drop by up to 20%. The great thing about this is that eBay itself eats the cost of these discounts in the effort to spur up interest. This essentially means that the retailers themselves – Boss Deals, ShopTo, Argos, etc – aren’t penalised for selling their games and accessories cheaper.

The one drawback to these site-wide eBay sales is that they typically don’t last for very long. One of the most recent examples only lasted a period of four days, which is long enough for you to consider what video game discounts are out there, while still being short enough to encourage you to make a purchase. Luckily, our video game price comparison tech will always make you aware of the minimum spend required on these regular eBay sales, how long the discount is on for, as well as the specific code you need to enjoy the discount at checkout.

These eBay percentage off sales are always worth paying attention to, because the prices of games can drop so low that the typical retail giants aren’t able to compete. You might think, for example, that outlets like Argos, GAME or even Base would be the best place to pre-order that new exciting Triple-A game. However, regularly do we find that these games are available even cheaper during a site-wide limited-time offer code sale. Do keep an eye out, because if we weren’t comparing prices for video games on eBay, we’d be failing in presenting you with the lowest possible price.